Ashley Cooper
Published 3 years ago. About a 7 minute read.

Over the past fourteen years, photographer Ashley Cooper amassed the world*’*s single largest collection of images documenting the impacts of climate change and renewable energy projects around the world, which have just been published in a book entitled Images From a Warming Planet. Jonathon Porritt, who wrote the foreword for the book, called it “An extraordinary collection of images and a powerful call to action.” Here, Cooper recounts the highs, lows and lessons learned during his journey.

The 2015 UN Climate Change Conference in Paris (COP21) was hailed as a landmark in the battle against climate change. For the first time, the majority of countries present committed to the goal of limiting global temperature increase well below 2 degrees Celsius and urging efforts to limit the increase to 1.5 degrees. It also placed binding obligations on developed countries to support undeveloped countries. The momentum toward an agreement was underscored on the opening day by the presence of 150 presidents and prime ministers, the largest-ever single-day gathering of heads of state.

At the end of an epic, thirteen-year journey to document the impacts of climate change on every continent, I obviously applaud this momentous agreement. But — and it’s a big but — having witnessed the scale of the destruction currently being wreaked around the world at a 1 degree rise and under, this is too little and too late.

I have always been interested in wildlife and the natural environment, as well as a keen photographer. About 14 years ago, I started to read more about climate change in scientific journals. At the time I was looking for a bit more focus for my photographic work. Decision made: I would organise my first climate change-specific photo shoot.

On any journey like this, there are inevitably high and lows. The biggest lows were two-fold: Firstly, documenting the tar sands in Canada’s Northern Alberta, the most destructive environmental project on the planet. The rate of deforestation is second only to the Amazon rainforest, and the resulting oil has up to five times the carbon footprint of crude oil. Taking to the air the scale of the devastation is breathtaking. As far as the eye can see, the forest has been destroyed, and in its place, a toxic wasteland of oily sludge is the legacy of greed that has driven this insanity.

Secondly, my last photo shoot to Bolivia was spent 18,000 feet in the Andes, documenting the complete disappearance of the Chacaltaya Glacier, which used to be the world’s highest ski resort — all that remained of the glacier were a few old snow patches and a pile of rubble. Downstream of there lies La Paz, Bolivia’s largest city, which suffers increasing water shortages as the glaciers rapidly shrink and disappear.

And my visit to the Muni Seva Ashram in Goraj was utterly inspirational. The Ashram is a peaceful haven delivering cradle-to-grave services, schooling and a state-of-the-art cancer hospital, all powered by renewable energy. It was here that I photographed the world’s first and only solar crematorium, capable of dispatching four bodies a day, strictly in accordance with Hindu principles. The Ashram left a deep, lasting impression on me, of how there is a cleaner, cheaper, healthier way of powering our lives.

Climate change has accelerated entirely due to our own choices and actions; we are sleepwalking towards disaster. The impacts on people, wildlife and the environment I have witnessed over the last thirteen years have at times been horrifying. We know what we need to do; I have seen the future with my own eyes — it is a clean, renewable alternative. We need keep fossil fuels in the ground, start using energy more wisely and truly valuing what it can provide for humanity. Only then may we stand a chance of avoiding the worst excesses of climate change. 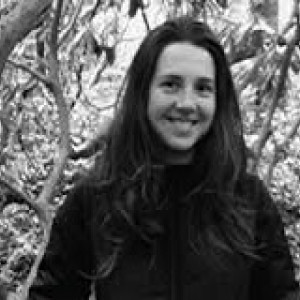 Ashley Cooper believes in the goodness of humans -- in our abilities to collaboratively address the complex challenges we face and care for one another along the way. She is devoted to creating a more loving and equitable world.