New Metrics
Closing the Context Gap:
How Companies Can Transform Degeneration to Regeneration

Ralph Thurm
Published 5 years ago. About a 12 minute read.

Part Seven in a 10-Part Series by Reporting 3.0. See previous parts below.

This stunning statistic, to be published in next month’s edition of the Journal of Cleaner Production, represents the profound paucity of companies disclosing their environmental impacts in the context of ecological limits — including strategies for meeting these limits. The comprehensive Danish study examines a decade-and-a-half’s worth of (so-called) sustainability reports (40,000+ released since 2000), and finds only 5 percent citing ecological limits at all — with no rise in the referencing rate (despite the advent of the “planetary boundaries” concept 2/3 of the way through the period under study, when one would expect a bump up).

We at Reporting 3.0 (R3) call this phenomenon the Context Gap, so named after (the lack of adherence to) the Sustainability Context Principle, which was first introduced in the second generation (G2) of Global Reporting Initiative (GRI) Sustainability Reporting Guidelines in 2002 — near the outset of the study period. The fifth chapter of the R3 Data Blueprint (the focus of this article) on Contextualization quotes the original definition of #SustyContext at length, given the vital importance of this Principle:

Many aspects of sustainability reporting draw significant meaning from the larger context of how performance at the organisational level affects economic, environmental and social capital formation and depletion at a local, regional or global level. In such cases, simply reporting on the trend in individual performance (or the efficiency of the organisation) leaves open the question of an organisation’s contribution to the total amount of these different types of capital… [P]lacing performance information in the broader biophysical, social, and economic context lies at the heart of sustainability reporting... This will involve discussing the performance of the organisation in the context of the limits and demands placed on economic, environmental, or social resources at a macro-level (emphasis added).

A Market Maker in the Denominator Business

LeBlanc also calls our current state, with its gaping Context Gap, the Age of Incrementalism — a period when we continue to tweak business-as-usual while the evidence is abundantly clear that transformative change is necessary. In an article on “steepening problems” (referring to the increasingly verticalizing carbon-reduction curves needed to achieve a less than 2°C world), Alex Steffen calls this dynamic “predatory delay” — which applies not only to denialists but also to incrementalists:

There once was a time when steady incremental actions could have staved off planetary catastrophe. That hasn’t been the case, though, since at least the mid-1990s. As the years have passed, this vision of slow climate action without large scale transformation has gone from unworkable to a downright dangerous delusion, part of the crisis itself… Real sustainability only comes in one variety, now: disruptive.

After documenting the Context Gap (with the above study and others, which look not only at overshooting ecological ceilings but also undercutting social foundations), the Data Blueprint pivots from risk to opportunity by quoting GRI co-founder (and Reporting 3.0 Advocation Partner) Allen White:

We don’t have decades to get serious about Context in light of the ecological and social perils that lie ahead. I think the time for procrastination has passed and the time for aggressive movement is upon us. The world is issuing a collective wake-up call on the issue of thresholds and limits. We’ve lost precious time dawdling in the last decade. We can’t afford another decade of the same (emphasis added).

Dr. White has endorsed one solution opportunity that’s arisen since the publication of the Data Blueprint: the idea of R3 collaborating with other key organizations to establish a Thresholds & Allocations Council for validating sustainability thresholds (that companies can readily reference) across diverse areas of impact, as well as vetting methods for allocating “fair share,” company-level accountability for meeting systems-level thresholds. LeBlanc enthusiastically supports this approach, as he considers R3 to be a uniquely positioned Context advocate.

Chapter Five of the Data Blueprint profiles a number of other innovative solutions to closing the Context Gap, several of which we briefly outline here:

This is essentially the approach taken by the Science Based Targets initiative (SBTi), which has validated carbon reduction target-setting methodologies that comply with sustainability thresholds and fair-share allocation approaches (though without a Council). The Data Blueprint notes that in its relatively brief existence, the SBTi has made significant impact:

Comparing implementation of Sustainability Context in GRI-based reports over a dozen-plus years (almost non-existent) to uptake of Science-Based Targets ([almost 300] companies in less than two years) warrants a close study of the differences in strategy between the two frameworks to better understand effective “activation” approaches.

The Data Blueprint profiles a number of other important initiatives advocating for #SustyContext, including the migration from carbon into water. SBTi partners (CDP, UNGC, WWF & WRI), plus The Nature Conservancy and Pacific Institute, are advocating for Context-Based Water Stewardship Targets. In a 2016 discussion paper, the SBTi partners declared their allegiance to context more than simply science and coined the term, “context-driven stakeholders”:

While science is a critical basis for targets that are meaningful, water use is also informed by other socio-political aspects, and accordingly, we have opted to employ the term ‘context-based’ rather than purely ‘science-based’… for companies to effectively address the shared water challenges that underpin corporate water risks, collaborating with the public sector (and also other context-driven stakeholders) will be essential (emphasis added).

The Data Blueprint embraces and applauds both of these, noting that “stakeholders who embrace context-based approaches to data and evidence-based advocacy play a key role in advancing the achievement of a regenerative and inclusive economy.”

Following up on the focus on Integral Data from Chapter Four of the Data Blueprint (and Part Five of this article series), Chapter Five profiles the solutions advanced by MARS, Inc (in a paper co-authored with the WRI) through synergizing between context-based metrics applied to diverse areas of impact:

Using science to inform not just GHG targets but multiple impact areas like land and water breaks new ground. Especially interesting was the opportunity to identify synergies and tensions between the different impact areas.

Data and connectivity are helping us get smarter about our impact every year. Today, climate science is clear and we understand the environmental and social challenges in our supply chain better than ever before. With this knowledge, it is clear that the scale of intervention needs to be much bolder — now is the time for business to reassess its role and responsibility in the face of the evidence.

Interestingly, the name of Mars’ initiative synergizes between the denotation of “a generation” as a time-bound succession, and the connotation of “generation” in the terms we’re using here, as in the sequence from resource degeneration to resource sustenance to resource regeneration as mapped in the Reporting 3.0 Strategy Continuum.

“Forget context-based goals for corporate sustainability. How about context-based strategies?” – wrote former EMC Chief Sustainability Officer Kathrin Winkler in an article where she acknowledges the “value of incrementalism — to normalize sustainability as a decision-making criterion, to weave sustainability inextricably into operations, to align people around a vision” — “But can we please stop pretending that it’s enough?”

The Embedding Project, a public-benefit research project that uses strong social science research methods, helps its member companies do just what Winkler calls for: Embed sustainability not only into their operations but also into their core strategy and culture.

The Embedding Project has assembled a Global Community of Practice on Contextualized Strategy-Making, which spurred the creation of a Road to Context framework and a set of case studies spotlighting the efforts of early adopters of Context.

The Data Blueprint welcomes the Net Positive movement — with a key caveat on how to draw the dividing line between net-negative and net-positive impact:

It’s tempting to pin the baseline at the full capital stock, but a context-based mindset teaches us that the carrying capacity of the capital is the actual baseline. So, a disciplined approach to Net Positive would set a context-based baseline, whereby positive performance needs to do more than simply build more capital than it destroys; a truly Net Positive approach would need to replenish capital beyond the carrying capacity; capital flows below this threshold would not count toward positivity.

The Data Blueprint also spotlights the catalytic influence of Net Positive efforts down the value chain, where company products and services help customers create positive impact — such as BT’s 3:1 Net Good program and Dell’s Legacy of Good 10x20 initiative, which pursues the goal that “the good that will come from [Dell] technology will be 10x what it takes to create and use it” by 2020. BT, which is making the 3:1 methodology open source and its findings transparent, has identified 24 ways to measure decreases in its customers’ carbon emissions, from audio conferencing to copper cable recycling. Clearly, this program creates financial value for BT while also helping solve one of society’s “wicked problems,” though Kevin Moss, who led the program launch in 2013 (and has since moved to WRI), points out that this connection is not necessarily axiomatic:

There's an assumption there's financial value in solving problems. Porter and Kramer call this Creating Shared Value, looking at the intersection between financial value and social solutions. Focusing just on solutions that create financial value will get us part of the way, but it doesn't get us the whole way — there are still some problems to which industry and commerce contribute, where business’ very core is compromised by these problems. But solutions, if applied unilaterally, create short-term competitive disadvantage. The trick is finding a way to align a joint intrinsic incentive to solve the problem with our ability to continue generating economic prosperity.

The New Business Models Blueprint, which R3 launched at our 4th International Conference in late May, is exploring this “trick.” And returning to where we started this article, the Danish researchers finished the abstract of their study stating:

Our findings provide novel insights into the current use of the ecological limits concept by companies and may be useful for actors trying to motivate companies to align their activities with the finite nature of Earth's natural systems.

The sixth (and final) chapter of the Data Blueprint (which Part 9 in this 10-Part article series will focus on) takes up this cause, exploring strategies for activation of such context-driven actors and acceleration of transformative solutions. 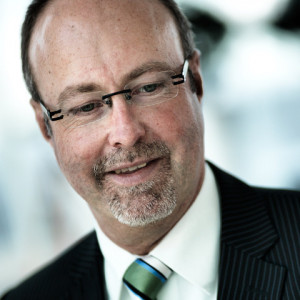