Product, Service & Design Innovation
Could Doubling Down on Geomimicry Save Us from Climate Disaster?

Gregory Unruh
Published 2 years ago. About a 5 minute read.

This is the final post in a four-part series on geomimicry by renowned author and George Mason University professor Dr. Gregory C. Unruh. Read parts one, two and three.

The last article showed how our reliance on Geomimicry is reversing hundreds of millions of years of geological and biological activity, and dramatically increasing the amount of carbon dioxide in the atmosphere. The question now is, “What are we going to do about it?”

Keeping new carbon out of the atmosphere in the first place is always the most efficient and cheapest way to keep climate change from progressing. One way to achieve this is to turn away from geomimicry in favor of doing things the way nature does. We would take a biomimetic approach to industry instead of a geomimetic one. I explore this route in my book, ***The Biosphere Rules***, which lays out a set of manufacturing principles derived from nature that can eliminate the unfortunate consequences of geomimicry.

However, implementing solutions such as the Biosphere Rules today can only deal with future emissions, and we’ve already put a large amount of CO2 into the atmosphere. What do we do about that carbon? One possibility is to double down on geomimicry: We can tackle the climate problem by emulating geologic systems through the practice known as geoengineering, which is the deliberate intervention in planetary systems to try to mitigate climate change. Basically, we'd be hacking into the Earth’s processes and mimicking planetary-scale geologic phenomena to alter climatic conditions.

A simple example is simulating the impact of a volcanic eruption on the climate. An eruption spews ash and sulphur dioxide high up into the stratosphere, where they can block out the sun’s rays; it actually acts like a parasol to produce global cooling. The 1991 eruption of Mount Pinatubo in the Philippines threw ash and gas 35 kilometers into sky and left aerosols aloft for three years, resulting in measurable reductions in global temperatures.

Some scientists have suggested that humans could purposefully put aerosols into the atmosphere to create our own controlled global cooling. And the truth is, we're already doing something like this. When planes fly through the atmosphere they often leave condensation trails, or “contrails,” which are basically thin clouds fostered by jet engine exhaust. These clouds can reflect back some of the incoming sunlight and have an impact on the climate. So, we could do this strategically and mimic the impact of a volcanic eruption through the injection of sulfate aerosol into the atmosphere. Of course, this does nothing about the CO2 in the atmosphere, so the injection of aerosols would have to be sustained possibly for centuries.

Luckily, geomimicry can also be used to get CO2 out of the atmosphere. As we saw in the last article, carbon is cycled around the planet by both biology and geology, with the geologic cycle sequestering away carbon in mineral form through the process of chemical weathering. In the atmosphere, carbon dioxide reacts with water to create carbonic acid, which then rains down on rocky surfaces. Certain silicate rocks such as volcanic basalt are rich in calcium and magnesium, elements that react with rainwater to form carbonate minerals. Once these alkaline minerals are created, they are relatively stable and turn into long-term carbon sinks. Human geomimics can emulate nature by crushing up silicate rocks and distributing them to foster an enhanced weathering process that removes atmospheric CO2. Of course, the challenge is the cost of crushing and distributing huge volumes of rock, but the approach is technically feasible.

An alternative would be to industrially create conditions that directly capture CO2 from the air. While not yet commercialized, a number of technologists, academics and scientists working on large industrial technologies that pass air across membranes that chemically scrub CO2 from the atmosphere — the captured CO2 can be converted to a gas that can be pumped into old oil reservoirs or other geologic formations to sequester it away. Alternatively, the carbon could be transformed into stable carbonate minerals.

So, there are geomimetic approaches to deal with climate change, but we have to be careful; we're interfering with planetary systems that have been operating long before humans began messing around. Up to this point, we've been engaging in a geomimetic transformation of the atmosphere unconsciously or unwittingly. But with geoengineering, we're talking about creating systems to dial in the amount of CO2 to whatever level human beings want it to be. We’re engaging on a different level of human influence over the natural world. In effect, we're taking the wheel of spaceship Earth and consciously and intentionally becoming the species that is deciding the fate of the planet.

What is the right level of CO2 in the atmosphere? That's a huge question and not one you’re likely to get planetary consensus on. Russia, for example, could benefit from warmer temperatures in places such as Siberia — as might Northern Europe and Canada, at least in the short term. “At what levels should we set the planetary atmosphere?” is a question that humans have never confronted. And quite honestly, we are ill-equipped to deal with it.

But whether we do so consciously or not, our reliance on geomimicry has already made us consequential actors in deciding our planet’s future. As Marshall Mcluhan pointed out, “There are no passengers on spaceship earth. We are all crew.”

Dr. Gregory C. Unruh is the Arison Professor of Values Leadership at George Mason University in the Washington DC Metro area, and the Sustainability Editor for the MIT Sloan Management Review. 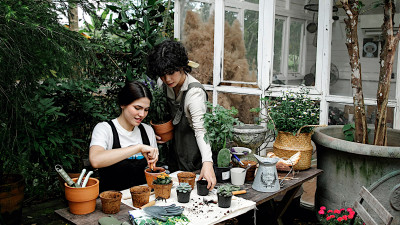 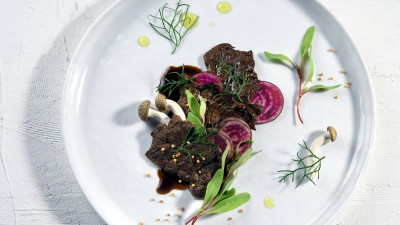 FROM PURPOSE TO ACTION: BUILDING A SUSTAINABLE FUTURE TOGETHER
Designing for Humanity: New Possibilities for Plastic