Supplant breaks down typically wasted agricultural fiber into its signature product, Sugars from Fiber — an entirely new category of sugars, which performs like sugar in the kitchen while retaining the nutritional properties of fiber, and mitigating the impacts of one of the world’s most environmentally destructive crops.

Tom Simmons was on the verge of what many in the food world are now calling a monumental breakthrough in plant and carbohydrate science, when his research funding abruptly came to an end.

It was 2017, and Simmons was living with his wife in Cambridge, UK. After grad school, he had become a postdoctoral researcher at the University of Cambridge — studying plant science and carbohydrates — and searching for ways to improve the world with his growing expertise.

In particular, he was looking to join the growing number of innovators (including ReGrained, WellVine and The Wonderful Company, to name but a few) that have developed novel uses for low-value, often unused, agricultural plant fiber — something he often described as “the most abundant, underutilized natural renewable resource in the world.”

His research up to that point had focused on using plants for biofuels, and he had imagined a rewarding career in academia. Over time, though, he began to question whether that was where he could have the biggest impact. He published some research and read widely but found that a lot of the most interesting plant science didn’t get applied in the real world.

“These things get lost in academic literature,” he explained. “They get lost in the journals and don’t go anywhere. I wanted my work to be meaningful, and to have a real impact.”

So, he signed up for a postdoctoral fellowship, the purpose of which was to launch a business.

“At this point, I had a number of research ideas that I could have commercialized — the challenge was in determining which one would have the greatest chance of success, and the greatest positive impact.”

Eventually, it became clear. He decided that his company, Supplant (then called Cambridge Glycoscience) was going to help solve the sugar problem in food science.

“I’d love to say that there was some big eureka moment, like when Newton was hit by the apple; or that I had always known I would help solve this problem because of some deep lifelong connection to it. But the truth is, it was a long and winding journey with a lot of experimentation, setbacks and numerous small serendipities that led to a moment of commitment, when I committed myself fully to helping solve this particular problem.

“Much of the world is overweight, and much of it is malnourished,” he explains. “The irony is, we’re failing to deliver nutrition even where we deliver the right quantities; and often we’re not doing either — or doing it at a severe detriment to the planet. Sugarcane is a big part of this health problem; and the environmental impacts are pretty unsavory, too. We believe we can help solve this.”

The solution Simmons found was deeply interdisciplinary. There were a number of novel techniques within plant science literature for breaking down plant fiber into sugar using fungal processes — but no awareness of these within the food industry, and no commercial innovations that leveraged this science to create things that people could actually eat.

“I think this is how breakthrough innovation often works,” Simmons says. “We’re generating so much knowledge as a species; but often one arm isn’t talking to the other one, so to speak. When we connect previously unconnected domains in novel ways, interesting things become possible.”

Simmons developed a number of techniques for breaking down low-value or typically wasted agricultural plant fiber with fungal enzymes and turning it into “Sugars from Fiber” — an entirely new category of sugars that perform like sugar in the kitchen (including browning and caramelization), while retaining the nutritional properties of fiber. They also have prebiotic qualities and are good for digestive health.

“Sugars from Fiber looks, tastes and feels like sugar; but it’s nutritious, too. It has half the calories and doesn’t cause an insulin spike like refined sugar. And because we make it from otherwise unused agricultural plant fiber, it’s good for the planet, too — especially biodiversity.”

The only trouble was, this moment of discovery and commitment came at the exact time that his research fellowship funding ran out. It was the culmination of 2.5 years of hard work, but he was broke.

“We were basically living off of baked beans. We had no money left; but we had a very exciting idea.”

Undaunted, Simmons filed his first patent for Sugars from Fiber. It gave the company’s business plan enough credibility to apply, and be accepted into, the respected startup accelerator Y Combinator in March 2018.

Simmons used that time to refine the processes for isolating Sugars from Fiber and turn it into a marketable ingredient. The company made enough progress to raise $5 million in a seed round that following September. Things were looking good.

Soon after, Simmons reached out to Anna Bolz — former pastry chef New York City's Per Se, one of several three-Michelin-starred restaurants by renowned US chef Thomas Keller. Simmons was eager for feedback, and for any advice on how Sugars from Fiber could be incorporated into the recipes of top chefs.

Intrigued, Bolz introduced him directly to Chef Keller — also behind three-Michelin-starred California restaurant The French Laundry — who was immediately fascinated. He wanted to know if Supplant’s Sugars from Fiber could be incorporated into his award-winning dishes and still delight his guests.

They began collaborating on recipes.

“We wanted to see if we could make the same time-tested recipes that people loved, that they found nurturing and comforting — like ice cream, chocolate, cookies — but with Sugars from Fiber, and the improved health profile that this new ingredient brings,” Keller said.

Supplant Sugars from Fiber officially launched in spring 2021, in partnership with Chef Keller, at an event outside of his Bouchon Bakery in Yountville, California. Ice cream, cookies and chocolate featuring Supplant’s fiber-derived sugar were served to passersby and received an overwhelmingly positive response.

“Since then, we’ve launched a number of retail food products together — including a chocolate bar and shortbread,” Keller says. “We’re excited to keep collaborating and exploring how else we can use these Sugars from Fiber.”

For Simmons, he’s happy with his success so far, but remains laser-focused on the overall mission.

“The diabetes epidemic is out of control, in both wealthy and low- and middle-income countries. And the way we produce cane sugar is deeply unsustainable — the World Wildlife Fund says sugarcane has caused more biodiversity loss than any other crop in history.

“With Sugars from Fiber, we’ve found a way that people can eat their favourite foods, but without worrying about their blood sugar or the fate of the planet. We want to get the word out.”

“Sugars from Fiber can help feed the world nutritiously and sustainably,” Simmons says. “We don’t need to grow more food or create new farmland — we have everything we need already.

“It’s not just about making a new ingredient. It’s about fulfilling our mission to feed and nourish more people with better-quality food that doesn’t destroy the planet. That’s what this is all about, for me.” 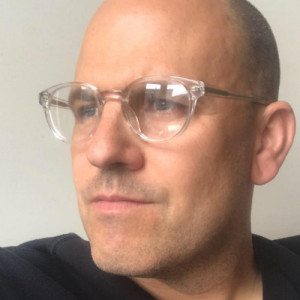 Jeremy Osborn is Founder and CEO of Juneswift — a NYC-based environmental impact marketing and communications agency. Jeremy has more than 20 years of professional experience spanning sustainability, technology, marketing and communications, governance, and strategy. He holds an MA in Resources, Environment, and Sustainability from the University of British Columbia and has worked for leading brands in a wide range of industries and sectors — including food and ag, consumer goods, built environment, industrial manufacturing, energy, finance, transportation, and more. An explorer and a universalist at heart, Jeremy is passionate about the creative potential that exists at the boundaries of disparate domains of knowledge and experience.