Carola Beeney
Published 8 years ago. About a 6 minute read.

BioLite uses revenues from outdoor recreation products such as the CampStove to incubate products for emerging markets, most prominently the HomeStove. It's a market-based approach to addressing poverty, one that generates self-sustaining energy access as well as health- and time-saving benefits.

BioLite is one of Brooklyn’s most innovative startups with far-reaching impact. Selling energy products such as the CampStove for camping and outdoor adventure, the company uses revenues to incubate products for emerging markets, most prominently the HomeStove. BioLite’s technology is a market-based approach to addressing poverty, one that generates self-sustaining energy access as well as health- and time-saving benefits. We spoke with co-founder Jonathan Cedar to learn about the company’s pilot programs in Uganda, Ghana and India and the impacts HomeStove is having in those markets.

How did the idea for BioLite come about?

Originally, [co-founder] Alec [Drummond] and I started thinking about the idea when we were both working at Smart Design. From 2006 until 2009, though, it was a weekend project. It grew organically from a technical concept to something we realized had application for recreational uses and — in thinking about the fact that you could use wood instead of gas for camping — we stumbled into a huge gap in the market for clean combustion appliances in developing countries. Half the planet still cooks on open fires, the smoke from which kills four million people every year. It’s like smoking a few packs of cigarettes a day. So, the combination of the near-term, financially viable market with the long-term impact opportunity was really compelling for us. When we saw those two things could work nicely together, I quit my job and went out to write the business model in more detail and raise capital.

How does having one product for two markets impact the company’s technology development?

BioLite as a company is framed around delivering energy to end users, so not industrial- or utility-scale energy but personal energy. We want to do that for off-grid or grid-limited communities around the world. But we don’t really distinguish between something that we’re developing — at a technology level — for a recreation market and the emerging markets, even though it’s the CampStove that’s targeted at the recreation market and the HomeStove in emerging markets.

We follow a parallel innovation model where we take a core technology and we commercialize it in the near term in a market that provides revenue. Then in the long-term, we re-invest that revenue to achieve the one-time market establishment costs in emerging market regions. We feel like we really understand the needs of the CampStove customer — they’re able to pay full margins, the distribution channels already exist — so we can predict how quickly revenue will come in. In emerging markets, however, there are costs embedded in developing, testing, prototyping and marketing the HomeStove, so the recreation markets are what give us the capital to incubate the longer-term opportunity.

Tell us about your pilot programs.

Right now we have pilots in India, Uganda and Ghana. We’re expecting to sell about 10,000 stoves over the coming year in these three markets. We’re about three months into the pilot programs, which are aimed at helping us understand how should we price the product: What is the value to the end user? What is the ratio of value between the cooking benefits and the electricity access benefits? Do we market this as a cell-phone charger that cooks your dinner, or is it a stove that happens to also charge your cell phone, or a light?

Hopefully, we’ll gain insight into the consumer financial model, how we can serve most effectively the needs of our distribution partners and finally how we can provide technical support for products in the field. What that all adds up to is a scalable roadmap for bringing stoves to hundreds of thousands of users in the following year.

What is your distribution model in emerging markets?

In India and Uganda, we use Avon-like models where a village-level representative does demonstrations and sells the product. Then there’s a logistics back-end agent that supports those village-level agents.

In Ghana, we’re working on a randomized, controlled health trial funded by the National Institute of Health and administered by Columbia University. It’s operated on the ground by the Ghanaian government’s public health services. We’re very excited about this program because we’re trying to show that the stoves are able to reduce emissions exposures, resulting in measurable health benefits.

We’re doing this program for two reasons: One, that’s why we’re in this business. Two, it is the kind of evidence we need to convince the World Health Organization, the Gates Foundation and others that this is where they should be investing their public health dollars. Until we have the kind of evidence that the public health community is used to seeing, we’re not going to see the large-scale incubation that we’ve seen for malaria nets or antiretrovirals or for all these other huge problems that need a ton of incubation to get the solutions off the ground. And I picked those two examples because indoor cooking kills more people than HIV and malaria combined.

What’s the most gratifying feedback that you have received?

We think that one of the barriers to adoption for stoves is that women receive the benefits of the product. They can spend less time collecting fuel, smoke from cooking is nonexistent and they’re able to spend less time cooking the family’s food. However, the men control finances. If you look at some photos from our demonstrations, there are a lot of men present. It’s an important but subtle form of feedback for us because you’ve got a paradox where these cooking fires are predominantly affecting women and children, but men control household purchases. Because the HomeStove generates electricity, we’ve managed to attract male heads of households who are interested in the feature benefits of the product. When we see in our demos that there’s a mix of male and female community members, interested and engaged, that’s positive feedback for us.

We’re finding the electricity that the stoves generate to charge phones or run lights really engages men in a way that previous attempts at cook stoves haven’t. This is parallel with the fact that rates of cell phone ownership outpace rates of electrification, so you have this gap between people who own phones but don’t have ways to charge them. This brings the solution into your own home.

What can we expect from BioLite in the next year or so?

Pilot programs are being rolled out and will be completed by the middle of 2014, which is going to show us what we need to scale. Meanwhile, we’re working on higher-volume designs for the product that can be more inexpensively manufactured in the millions of units. We’re also launching three more core-technology products in our recreation markets.

In December, the Dumbo [neighborhood in Brooklyn] community was buzzing about the Pearl Street Triangle’s Christmas Tree. What was BioLite’s role in that?

We had a stove in the Triangle generating a kilowatt of electricity to light up the Christmas Tree! It was a fun opportunity to gather and talk about the need for clean combustion in developing countries, but it was also a technical demonstration of the idea that there’s so much more energy available than we typically recognize. Our company’s tagline is “Energy everywhere.” In one way, that’s about bringing energy everywhere, but in another way it’s about looking for energy sources that exist all around us but that we don’t recognize. 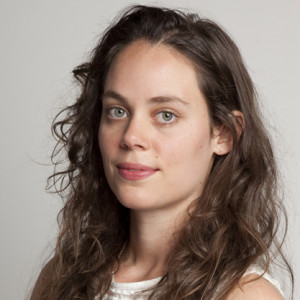