Mara Slade
Published 9 years ago. About a 4 minute read.

Ryan Kushner and his wife, Amanda Ravenhill, launched their non-profit start-up, Hero Hatchery, whose mission is to “wake society up to the imminent threat of climate change, and illuminate the possibility it holds as a call to reinvent current unhealthy systems,” in October. They hope to raise $30,000 for the world’s first crowdfunded fellowship to support a climate-change activist who will bring out the climate change hero in us all and work to ensure climate change maintains its relevancy in the cultural zeitgeist. Hero Hatchery will also host massive open online trainings using Google Hangouts; the start-up has already recruited several influential experts on climate change to lead the trainings including Paul Hawken, Bill McKibben and The Yes Men.

Indiegogo and Kickstarter are two of the most widely known platforms within the $5 billion market for crowdfunding and obvious first choices when Kushner and Ravenhill were in the early stages of planning a campaign for Hero Hatchery.

“I thought Indiegogo immediately. But after talking to a friend who manages political campaigns about what we were trying to do, he told us we should just do a NationBuilder campaign,” said Kushner during a recent phone interview.

After researching it further, Kushner said it was an easy choice to make. As opposed to paying 7-10 percent on the total amount it raises, Hero Hatchery pays $19 per month to use the NationBuilder platform. Monthly fees vary depending on the number of people in an organization’s database.

Hero Hatchery is one of the first start-ups to do a crowdfunding-centered campaign using NationBuilder. Because there were few out-of-the-box templates available designed specifically around crowdfunding, Kushner and Ravenhill built their own template, which they own and can sell to others.

According to Kushner, “Like Wordpress, NationBuilder has a community of designers and add-ons. We invested time and energy into building the crowdfunding template and can sell it to others who want to crowdfund on NationBuilder. As far as we know, it’s the lowest-fee crowdfunding product in existence amongst fee-based models.”

Aside from lower fees, what sets NationBuilder apart from other crowdfunding platforms is that it brings together the content management system (CMS) and customer relationship management (CRM) in a single system, making it easier to communicate with people in multiple ways from one database, and track activity that happens on email, Twitter and Facebook in a central place. There is no need to export contact lists and import them into a separate system to send an email or blog update to supporters, or reach them via social media channels. Instead campaign leaders can communicate with supporters from within NationBuilder.

“Everything is all in one place — your website is connected to your people database where you can manage core relationships and see past conversations,” explained Kara Scharwath, Communications Manager at NationBuilder. “Social media, email and text messaging is integrated, helping you to stay connected and keep people informed about what you are doing.”

NationBuilder is just one example of the new types of crowdfunding platforms popping up. After being denied on Kickstarter, keyless entry innovation Lockitron decided to develop its own website, which it used to successfully crowdfund over $2 million. The company then went on to develop Selfstarter — an open-source starting point for companies who want to create their own crowdfunding site and avoid the sometimes prohibitive cost of fees.

"I'm not sure taking 5-10 percent of what you work so hard to raise is going to last ... especially when there are competing tools out there,” Kushner said, referring to the fees charged by Kickstarter and Indiegogo after combining service and transaction fees.

According to Rose Levy, a spokesperson for Indiegogo, the company has no plans to shift away from a fee-based model at this time. Indiegogo believes potential campaign owners are better off using its model as opposed to an open-source platform given the amount of traffic, promotion and potential media that Indiegogo campaigns can receive.

“By charging a small fee, we are able to keep our product premium, continue to iterate and innovate to engage our community and find new customers, and — most importantly — continue to put the necessary resources towards our customer happiness team,” Levy said.

Kushner and Ravenhill have raised over $17k for Hero Hatchery, and are hoping to reach their goal of $30k by December 5th. And, as a possible harbinger of things to come, they just released their template to another group interested in crowdfunding public water fountains. That group is similarly excited about the additional tools, flexibility and reduced fees. 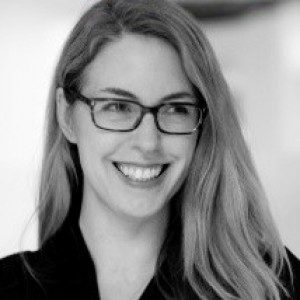