Product, Service & Design Innovation
Why I Invested in a 'Smart Gun' Company

While money and special interests are unlikely to leave US politics, I’m optimistic that Biofire can change the conversation around guns: Why can’t a for-profit company build safer handguns?

During the heart of TOMS’ End Gun Violence campaign in 2018, I received an email from a 21-year-old entrepreneur named Kai Kloepfer.

Kai described his vision for Biofire — an early-stage startup incorporating biometric sensors into handguns. Unlike traditional handguns, which anyone can fire, “smart guns” eliminate the possibility of children or unwanted intruders operating an owner’s gun.

Did Biofire immediately strike me as a compelling investment opportunity? NOT exactly…

I’ve always had an aversion to guns: They strike me as dangerous and unnecessary. If a person wants to own a Thomas Jefferson-era musket, all the more power to them. In general, though, I’m puzzled as to why everyday citizens need Rambo-style assault rifles — or why otherwise reasonable people are offended by common-sense regulations such as Universal Background Checks.

As an angel investor, I pride myself on having a Beginner’s Mind. My goal is approaching every deal from a place of curiosity — and not letting pre-conceived notions, assumptions about a founder, or positive/negative social proof affect my yet-to-be-formed opinion. One of the wonderful side effects of this mindset is that — when you least expect it — an idea/opportunity completely surprises you.

Though I didn’t realize it at first, Biofire is an extremely compelling solution for reducing gun violence. If successful, Biofire has the potential to prevent tragic, gun-related accidents; create a national conversation around responsible gun ownership; and establish a defensible moat in a multibillion-dollar industry.

In the sections that follow, I highlight the 4 main reasons why I invested in a smart gun company. Whether you’re a staunch supporter of the 2nd Amendment or advocate for gun reform, my hope is that — after reading this article — you’ll share my enthusiasm for innovative, for-profit companies like Biofire!

In April 2019, less than a month after a gunman killed 50 religious worshippers in Christchurch, New Zealand, lawmakers banned most semi-automatic and military-style assault weapons.

Owners of the newly illegal firearms had 60 days to exchange their guns for compensation — or face up to 5 years in prison.

Since a gunman killed 20 children and 6 adults at Sandy Hook Elementary School in December 2012, there have been 2,295 mass shootings in the US — with 2,601 people killed and 9,557 wounded. Despite the epidemic of gun violence, the US continues to have some of the weakest gun laws in the developed world.

In the US, the National Rifle Association (NRA) is so entrenched that  even the most basic reforms  fail to gain traction. Case in point: Despite more than 90 percent of Americans supporting Universal Background Checks, a federal loophole continues to exempt “unlicensed sellers” from performing any background checks whatsoever.

When there’s overwhelming consensus on an important civic issue, how is the will of the people NOT acted upon? Should “Representative Democracy” be returned to the Supermarket of False Promises?

Rather than discussing gun violence in theory — or waiting for the wheels of democracy to turn — Biofire is proactively building a technology solution to make handguns safer.

Like every other technology startup, Biofire’s success will be determined by the strength of its leadership team; engineering acumen; marketing strategy and sheer tenacity to overcome formidable obstacles. Consumers, voting with their credit cards — not politicians preaching from a soapbox — will determine whether smart guns are a worthwhile purchase.

The firearms industry is dominated by historically entrenched, non-tech-savvy manufacturers. The last major handgun innovation occurred in 1982 when Glock pioneered plastic-based frames. Since the shift to plastic frames, handguns have continued to improve — but only incrementally (slightly improved accuracy, longer-lasting parts, etc).

Many companies have tried — and failed — to commercialize smart guns. Beginning 20 years ago, the federal government began seeding money to incumbent manufacturers and startups to explore “personalized firearms.” At the time, embedded electronics and high-capacity batteries were too nascent for commercial handguns. As a result, all first-generation smart gun companies failed — and many in spectacular fashion.

More recently, a German company called Armatix developed a smart gun that unlocks by typing a code into a wrist watch. Armatix flopped badly — only selling 100 units in Germany, and zero in the US. Armatix’s handguns were 1,000x less reliable than traditional firearms; 5X more expensive; and most notably, hackable with $15 worth of magnets. Oy vey!

Many companies/technologies are simply ahead of their time (consider Webvan vs Amazon Prime; Napster vs Spotify; Pets.com vs Chewy.com).

Could the hardware/software necessary for smart guns be ready for prime time? If the answer is “yes,” could Biofire disrupt a massive industry?

The gun community is large and diverse

According to a 2019 Gallup poll, 30 percent of adult Americans personally own a gun and 43 percent live in a gun-owning household.

The gun community is comprised of many customer segments with varying attitudes and purchasing needs. While a significant percentage of gun owners support the NRA, it’s reasonable to assume that — among such a massive Total Addressable Market — many gun owners do NOT endorse the NRA’s position on responsible gun ownership.

To give a parallel example:

While many NFL fans are angry about Colin Kaepernick's refusal to stand for the National Anthem, a meaningful percentage of fans agree with Kaepernick’s right to free speech. Among an audience as large as “NFL fans,” it’s unlikely that 100 percent of fans agree on ANY issue — let alone the preferred position of NFL Commissioner Roger Goodell.

According to a 2016 Johns Hopkins study entitled “The U.S. Public’s Preference for Safer Guns,” 43 percent of gun-owning Americans would consider buying a childproof gun. If, for the sake of argument, we assume that “only” 10 percent of gun owners are interested in smart guns, that still equates to 7.5M+ potential customers (Math = Total Adult Population of the USA x 30 percent gun owners x 10 percent interested in smart guns). Biofire — or another smart gun manufacturer — can build a business worth hundreds of millions of dollars, JUST focusing on the customers that traditional manufacturers are actively ignoring.

If a meaningful percentage of customers is concerned about responsible gun ownership and the technology necessary for smart guns is ready to prime time, why aren’t major manufacturers capitalizing on this opportunity? Why does the industry need a Challenger Brand such as Biofire?

Like ExxonMobil denying climate change, traditional firearms manufacturers don’t even acknowledge that gun violence is a problem. This sentiment is evident in the popular slogan that “Guns don’t kill people. People kill people.

Because of the industry’s historically entrenched politics, traditional manufacturers cannot discuss the need for safer handguns or the merits of “smart technology” such as biometric sensors: Doing so would directly contradict the industry’s long-standing argument that there’s no problem to be solved.

This presents an incredible opportunity for a Challenger Brand: As a startup company with no entrenched ideology or existing customers to placate, Biofire can fully “own” responsible gun ownership. In a multibillion-dollar industry allergic to activism, Biofire will have zero competition marketing to historically overlooked customers.

While money and special interests are unlikely to leave US politics, I’m optimistic that Biofire can change the conversation around guns: Why can’t a for-profit company build safer handguns? Could Biofire’s success be a wake-up call to the NRA and traditional gun manufacturers?

As a financial stakeholder — and concerned citizen longing for change — I’m rooting for purpose-driven gun companies. In the fight against gun violence, we need gutsy politicians and skilled entrepreneurs! 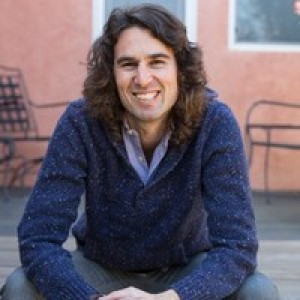 Jake Strom, former Head of Impact Investing at TOMS, is an investor in companies combining Profit + Purpose. His obsession is finding the most incredible entrepreneurs, and helping scale world-changing businesses.