CSRwire
Published 7 years ago. About a 5 minute read.

This post first appeared on CSRwire's Talkback blog on January 14, 2014.

The building blocks for transforming the apparel industry thus far discussed in this series have focused on the need to foster total resource productivity and the use of (impact) investing. However, as covered in the Creating Sustainable Apparel Value Chains report, the challenges facing the industry are so complex that additional streams of action are needed.

Getting the Gender Issue Right

A new level of ambition is needed to improve working conditions across the board, along with getting the gender dimension right. This is key for successfully transforming the supply chain, particularly with women accounting for more than 80 percent of workers in garment factories.

Unfortunately, a few successful small-scale projects have proven insufficient to achieving the critical mass required for industry transformation. So, learning from best practice remains our best bet to get to scale.

The contributions and needs of female workers need to be fully grasped in order to move from managing the problem to solving it.

The report unpacks the significance of labor conditions as a top stakeholder concern in the global textile and garment industry — a straightforward point that was confirmed by respondents to the Impact Economy online survey who listed labor rights, wage levels, fire safety, building safety and worker training as the top five social and environmental issues to address.

Adverse labor conditions hit women particularly hard. Structural tensions, created because of poor management of apparel workforces in many emerging-market production locations, are playing out in the factories, at home, and on the way to and from work.

Women typically suffer from widespread and insufficient health and safety conditions; violations of labor rights; inadequate housing, transport, healthcare and childcare; as well as gender discrimination. In one telling example, factories often do not provide sanitary napkins (or subsidize their cost), even though menses-related absenteeism is common.

Manufacturing is hampered by absenteeism and low workforce productivity. A widespread misperception that decent work and competitive enterprises are in conflict with each other lies at the root of this problem.

In actuality, researchers at the International Labour Organization (ILO) have found that actions that improve working conditions or safety yield productivity returns, as opposed to the common assumption that these interventions merely create additional cost burdens for enterprises.

Grasping the gender dimension is crucial for unlocking higher productivity and better working conditions. The report points to the important modernizing and development opportunity women provide. Unaccompanied women on the street are a logical social consequence of the expansion of the readymade garment sector, but this development is not aligned with traditional conservative values in Bangladesh. The lack of focus on the specific needs of female workers is quite frankly at odds with their economic contribution.

We must address the needs of female workers and leverage their potential for productivity and socioeconomic progress. The alternative of unskilled, low-paid, and often casual or informal work will only continue to impede the ability of poor, garment-exporting countries to graduate to middle-income status.

Trick to Success: Learn from What Works

Building on what works, rather than starting from scratch, is the trick to success here. Granted, a comprehensive systemic solution approach to industry transformation in apparel does not yet exist. But there are best-practice examples whose lessons we can learn from.

One is the recently concluded Responsible and Accountable Garment Sector (RAGS) Challenge Fund. A GBP 3 million fund financed by the UK Department for International Development (DFID) from 2010-2013, RAGS supported organizations in the garment supply chain, including large and small businesses, labor, fair trade and other NGOs that work for better working conditions for employees in readymade garment production industries in several low-income countries.

RAGS’s achievements are many, including:

The experience of RAGS provides a number of valuable blueprint elements to build on. Yet, as underlined in the report, RAGS ended up constrained by a basic reality of the development industry: It was a discrete project without a long-term financing model. The lessons learned are emerging now, but while some of the projects have follow-on funding beyond the lifespan of RAGS, RAGS itself cannot capitalize on these learnings because it is closing down.

Moreover, in an industry where monthly worker turnover can easily hit nine percent, rendering the fruits of training durable remains a challenge: Even if an intervention results in turnover dropping to five percent, every worker is working elsewhere on average after 20 months.

The Challenge: Taking the Initiative to Transcend Established Practice

RAGS provides many valuable insights for moving from a succession of isolated projects to a self-organizing and scalable blueprint for gradually expanding the footprint of best practices.

But to achieve industry transformation, a new level of ambition that reconciles productivity and gender considerations is required. This is where the other approaches presented in Creating Sustainable Apparel Value Chains come into play.

Fostering total resource productivity across the entire supply chain and the use of (impact) investing to upgrade industry infrastructure can serve to make the linkage between how higher social and environmental performance can actually drive revenue creation via increased resource productivity and savings, thereby achieving sustainable long-term change.

While supply chain transformation is now possible, the potential is not unique to apparel. Join us next week for the fourth and final post in this series, which will explore the implications of the framework in other industries. 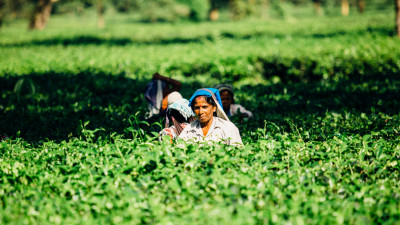