From growers to sellers and consumers, there’s no doubt coffee touches billions of people every single day. But as coffee prices continue to decline, how can we address the underlying power dynamics that are driving unsustainable practices?

In August 2018, the benchmark price of coffee slipped below US$1 per pound. As it has continued to hover at around $1 or below for most of the following months, the coffee price crisis has garnered significant attention.

The crisis is a potent symbol of a shocking reality: Coffee farming has been a ‘chronically’ unprofitable business for many producers for many years. Both consumer demand and prices continue to increase and many coffee companies continue to report record profits, fueling this $200 billion industry. And at the same time, climate change impacts, outmigration patterns, volatile economic markets, and continually increasing costs of production mean that, for many growers, making a decent living growing coffee is increasingly beyond the bounds of what’s possible.

Over the last year, Forum for the Future has worked alongside the Specialty Coffee Association’s Price Crisis Response (PCR) team to understand and address the price crisis and make recommendations for a more sustainable coffee sector.

The concentration of power in the coffee system and power dynamics emerged as a key root cause of the price crisis, effectively “locking in” the current unsustainable system. Below are a few key learnings that have emerged from this project. They challenge us all to consider how to understand, question and ultimately rebalance power in the service of a more equitable and just system. This work on supply chains is not just relevant for coffee, but has broader implications — for example, for our work in the tea, cotton and palm oil industries.

To understand how power functions in a system, study its history. In this case, coffee consumption really took off in the mid-1600s, facilitated by the British and Dutch East India Companies. By the end of the century, large-scale cultivation had begun when the Dutch introduced coffee to the East Indies and, largely because of their use of forced labour, they quickly began to dominate the market. As European consumption rose, other colonial powers — particularly France — followed suit, using slaves in their colonies to grow coffee for the export market. This specific market structure — the global North controlling the trade of coffee that was largely produced in the global South by artificially low-cost labour — has not changed substantially since the colonial period. The sector can’t move forward without acknowledging its roots.

Think about who you bring to the table.

While we can still respect expert opinions and use existing knowledge, one should also maintain a healthy scepticism for experts as the endpoint for all knowledge acquisition. The coffee sector, like many sectors, tends to be insular and the same experts get invited to the same tables. Many of these folks are brilliant and committed to the work, but seeking new and non-traditional opinions is critical to finding innovative solutions to old problems.

How can your work use varied epistemologies and different — perhaps even unusual — perspectives? Who gets to determine who is an “expert”? Who inevitably gets left out when this label is used? How does the label of “expert” concentrate power? Asking more and better questions of both experts and people traditionally left out of the discussion is central to finding better answers.

Watch your bias as a facilitator.

At a recent meeting on PCR work, we had 75 coffee industry representatives from diverse backgrounds participating in a systems mapping exercise (a tool for diagnosing systems and exploring macro factors influencing them). To kick off the workshop, each person introduced themselves and placed their names on a chart of the coffee value chain. This took significant time. For those in the room from backgrounds that prioritise expediency, we received feedback that this exercise was unnecessary and took time away from the actual “work.” Conversely, other attendees found the time spent on this exercise incredibly important. For this second group, having the opportunity to say their names, tell their story and interact with the folks in the room was a critical part of “the work.” For myself, a facilitator from an ‘expediency’ background (northern, east coast, corporate), I had to be careful that I didn’t let my bias become the default.

Think about how language will (dis)empower participants..

At another of our meetings, we were facilitating in three different languages: English, Spanish and Portuguese. This was incredibly difficult from a facilitation standpoint, but we recognized that there was an immeasurable benefit in enabling attendees to discuss their challenges in their first language. Furthermore, it was important to make space for those who may be illiterate or semi-literate.

As facilitators, we often rely on having individuals write out their insights — on worksheets, flipcharts, whiteboards. With a diverse audience, this isn’t always possible. One way that we attempted to adjust power dynamics was to incorporate drawing and storytelling into the workshop. These methods not only created space for creative solutions but allowed for more diverse ways of participating in group activities.

Recognize your intent vs your impact.

Acknowledge that the intent and the impact of your actions are different. To understand and challenge power, we need to start with acknowledging our own relationship to it. There will inevitably be times when good intentions fall flat; create a space where this is acknowledged and provide a platform “to do better” next time around.

Formal power is attributed to someone because of their title or position. Informal power exists when someone can influence people. Understanding how these types of power function in a group enables more mindful navigation of the group — how does the decision-making currently happen? How does the group want it to happen? Who assumes they have a voice in the room? Who is left out?  Who has power in the room that is unacknowledged? Whose power is a function of their standing in society? Thinking through how different types of power are functioning in the microcosm of your sessions can give you valuable insight into how it is functioning in the regime of your system.

For example, we had groups from the coffee-producing side and from the coffee-consuming side mapping "how power flows" across the coffee value chain. Many representatives from the demand side commented that coffee producers are disempowered; conversely, many producers said they do have power (the land, the product, the agronomic knowledge) but it isn't recognized. Both sides are right.

Power is neither inherently good or bad — but understanding how to rebalance power is critical to systems change, and changing our systems is critical to the pursuit of a sustainable and equitable future. 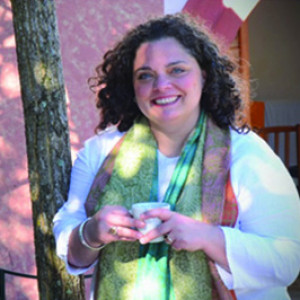 Associate Director
Forum for the Future

Samantha Veide is the Associate Director of Forum for the Future US. She has spent more than 20 years deeply embedded in the coffee industry and is passionate about a sustainable, equitable coffee value chain that works for everyone.

The Supply Chain channel is sponsored by

COLLABORATION
Coalition Aims to Get US Back on Track with Paris Goals, Prove That ‘America Is All In’

FINANCE & INVESTMENT
Even Though Bitcoin Wastes Power, Blockchain Can Be Sustainable

ORGANIZATIONAL CHANGE
Greyston Bakery: The Path to — and ROI of — a Loyal, Engaged Workforce