Supply Chain
Sourcing Soy:
The Role of the Private Sector in the Fate of the Brazilian Cerrado

The Brazilian Cerrado — the world’s most biodiverse savannah — is being deforested at an alarming rate. Over 40 percent of the original landscape has already been cleared, largely for the cultivation of soy for animal feed. As major agribusiness companies continue to convert land into soy pastures, what role do these companies — and the businesses around the world who buy from them — play in avoiding further damage to this important ecosystem?

The role of the private sector

A new briefing by CDP and Global Canopy highlights the major role of the private sector in securing the future of the Cerrado. Over three-quarters of the remaining native vegetation is privately owned, making the private sector central to the protection of this threatened region.

Brazil is the world’s second-largest exporter of soy, and companies around the world rely disproportionately on the Brazilian Cerrado for their soy supplies.

Soy accounts for 90 percent of the Cerrado’s cultivated crops. Its production is driving the loss of native vegetation both directly — through conversion to soy plantations — and indirectly, as pastures in recently cleared areas are replaced with soy. Over half of all Brazilian soy came from the Cerrado in 2014, but some of this was at the expense of the natural vegetation.

We cannot meet the aims of the Paris Agreement — to limit global temperature rise to well below 2 degrees Celsius — without protecting our forests.

Carbon dioxide emissions related to land-use change and land cover in the Cerrado biome totaled 1.8 million Gg of CO2 between 2002 to 2010 — the same as a year’s emissions from 446 coal-fired power plants. Failing to protect the Cerrado is having significant impacts for the climate.

Yet, in 2015, zero-deforestation commitments made by companies in the soy supply chain covered only 44 percent of the total soy exported from the Cerrado.

More needs to be done.

In our new briefing, launched at a meeting of the Tropical Forests Alliance, we identify a three-tiered approach to help companies navigate the complexity of their supply chains and identify opportunities when tackling deforestation in the Cerrado.

A plan for action

The first step in a company’s journey is to map its supply chain, for example through CDP’s supply chain – forests program, which provides a framework for companies to assess how their key suppliers are managing deforestation risk.

Additional platforms, such as Trase and Agroideal, and initiatives such as the Global Forest Watch platform, can also be used for ongoing monitoring of this risk to inform action.

Secondly, private sector decision-makers need to publicly commit to combating deforestation in all threatened biomes, by adopting a comprehensive zero-deforestation policy as part of their sustainability strategy.

By supporting the Cerrado Manifesto, companies can further reinforce this commitment. Signed by 60 civil society organisations in September 2017, calling on the private sector to take immediate action to protect the region, the manifesto has been endorsed by 61 companies, including CDP supply chain members L’Oréal and McDonald’s Corporation.

Finally, companies need to implement their policies by incentivizing producers to shift towards deforestation-free production systems.

They can do this by providing technical support and commercial incentives to encourage suppliers to adopt sustainable practices, such as favourable contract terms to expand production on degraded pastures rather than deforested land.

Collaboration between companies sourcing from the same suppliers, or in the same regions, can offer further leverage here and help to build the capacity of joint suppliers.

The Cerrado is a large and complex region and reducing the rate of deforestation is not a straightforward task. But, by failing to act on reducing deforestation in the Cerrado, companies leave themselves open to increasing risk.

Meanwhile, the forward-thinking companies managing these deforestation risks are tapping into the opportunities of the shift to a deforestation-free economy. 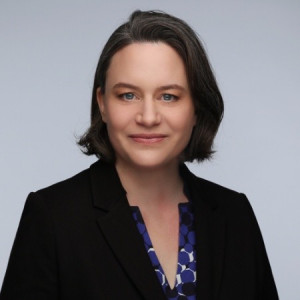 Kate Levick is Global Director of Policy Engagement at CDP. 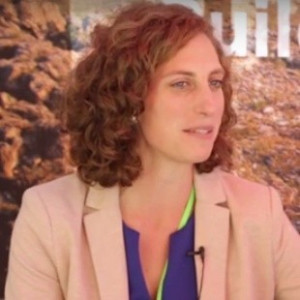 Sarah Lake is the Global Head of the Supply Chain Programme at Global Canopy.

SUPPLY CHAIN
When It Comes to Sustainable Cotton, Transparency Is Material