The Next Economy
We Must Make Stopping Climate Change Profitable

Brenden Millstein
Published 2 years ago. About a 4 minute read.

Capitalism will save the planet. And I’ll tell you why.

This week, leaders from around the world have descended on San Francisco for Gov. Jerry Brown and Michael Bloomberg’s Global Climate Action Summit (GCAS) and its affiliate events, to celebrate past and commit to future actions to curb climate change. The hope is that, collectively, these commitments from states, cities, businesses and other organizations will be enough to counter the current climate policy regression in Washington. No doubt, commitments will be made — but talk is cheap unless we can find a way to make the walk profitable.

There’s a longstanding narrative that ecology and economy are natural adversaries — you can’t take climate action without killing jobs and stifling growth. In fact, our current President peddled this as one of his primary motivations for deciding to pull the US out of the Paris Agreement. This narrative is plain wrong.

The high cost of climate inaction is self-evident. Here in California, as well as across the US West and Southwest, rampant wildfires have consumed our summers, which could cost the economy billions, not to mention the human price in terms of lives lost and ruined. Meanwhile, other regions are bracing for what could be yet another year of record-breaking hurricanes and floods.

But we shouldn’t fixate on these costs alone. Our energies are better spent focusing on the financial benefits of climate action.

As a Bay Area native, it may have been inevitable that I’d develop a strong environmental conscience. But as a Harvard-trained physicist, it was my scientific mind that made me realize the world can’t wait for a global kumbaya moment or breakthrough science. To stop climate change now, we need to make it profitable and easy for people to act.

We live in a capitalist society. Markets matter. And while unchecked capitalism drives many of the challenges exacerbating our climate conundrum, aligning environmental goals with market forces may prove to be our salvation. The challenge lies in harnessing capitalism’s relentless focus on financial growth in a climate-conscious direction.

And it’s being done here in California, and across the nation. In recent years, clean energy jobs have proliferated. Nearly 90,000 Californians currently work in the solar industry, according to the Solar Foundation. Nationwide, almost 800,000 Americans work in low-carbon emissions technologies, compared to about 50,000 for the coal industry. California’s recent passage of a bill mandating 100 percent renewable energy by 2045 is another indicator that the Golden State’s future will be a low-carbon one. But what this and many other policies and commitments fail to outline is exactly how we will get there. That’s where the market comes in.

The energy industry is shifting to a new paradigm where capitalist interests are aligned with long-term sustainability. It’s now significantly profitable for businesses to prioritize reducing carbon emissions. Carbon Lighthouse, the company I co-founded with my Berkeley kindergarten playmate and later college lab partner, Raphael Rosen, applies that belief to buildings. Other companies are attacking the same carbon emissions problem in their own respective industries, from Impossible Foods’ plant-based meat substitutes to Proterra’s zero-emission electric buses and LimeBike’s electric scooters. I’m proud to say all these firms hail from the Bay Area, and all of them are making money through a business model founded on cutting carbon emissions.

That’s why San Francisco, as a bastion of climate consciousness and economic innovation, is a natural choice for convening a summit focused on inspiring wider climate action. I look forward to seeing the commitments that come out of GCAS, and hope it inspires actions that turn into movements. The Carbon Smart Building Declaration, for example — which Carbon Lighthouse promulgated along with the U.S. Green Building Council, Carbon Innovations, World Resources Institute and others — calls for a global commitment by cities, companies and organizations for a net-zero carbon built environment.

To stop climate change, we need all hands on deck to address the issue from every angle — through clean energy, efficiency, materials, transportation, food and more. And we must make it profitable. Fortunately, when facing a problem as gargantuan as global warming, the opportunities for profitable innovation are endless. 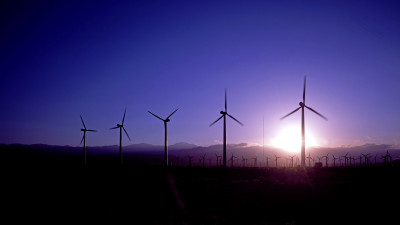