Waste Not
Brewed Responsibly:
How Smart Craft Brewers Are Cleaning Up Our Favorite Beverage

The immediate future offers a financial challenge for most brewers and distributors; but everyone from craft brewers to large factories can increase sustainability and protect their bottom lines through process efficiencies, more nimble supply chains and smart recycling solutions.

There’s nothing like a frosty glass of delicious beer. But, the process of making that refreshing libation generates a good amount of waste and wastewater. Craft brewers are increasingly embracing sustainable solutions, including reducing their water and energy consumption so they can do better by the environment.

“If you are smart, sustainable efforts can actually save money,” says Sam Hendler, co-founder of Jack’s Abby Craft Lagers of Framingham, Massachusetts and president of the Massachusetts Brewers Guild. “You don’t necessarily have to choose between the sustainable and the cost-effective choice because an efficient operation uses less material to produce the same yield.”

Brewers use “massive amounts of water,” Hendler says. “But if you are looking at what you are using it for and ask if you can recapture some of it, you might find a way to reduce that.”

For example, Jack’s Abby used to rinse the outside of its cans before filling them to make sure there was no dust or contaminants. The company recently installed an ionized air blower, which requires zero water for the same task, reducing water use by 36,000 gallons per year. And don’t forget the associated disposal costs for that water. Per Hendler, the new line paid for itself in less than eight months.

Reducing energy use can also significantly improve brewers’ sustainability efforts and bottom line. Brewing beer requires boiling water, which produces steam that can be captured and reused. Some larger brewers, including Boston’s Mass Bay Brewing Company (aka Harpoon Brewery), use combined heat and power systems to generate steam and electricity onsite to power their plants.

This is a large investment not accessible to all breweries, but plenty of opportunity exists to reduce energy usage in other ways. For example, Wachusett Brewing Company in Westminster, MA powers its brewing operation using renewable energy from a Farm Powered anaerobic digester on a local farm. The company also sends its brewing wastewater to fuel that same anaerobic digester, fully closing the sustainability loop. Inside the digester, the wastewater combines with dairy manure and food and beverage waste from other sources to produce renewable energy.

The craft beer boom is a blessing for beer lovers, but disposing the wastewater created by the brewing process is an increasingly vexing issue for brewers and municipalities across the country.

Oftentimes, brewers work with local farmers — who welcome the spent grain from the brewing process for animal feed. At some point, wastewater and expired beer also need to be jettisoned. Some municipalities in more urban areas allow breweries to dispose of the water via the sewer system for a fee. But this is changing, as towns find that too much expired beer or wastewater in the sewer system can negatively impact pH levels and lead to bacteria growth.

One alternative method available to brewers is to send their process wastewater to an anaerobic digestion facility to be recycled into renewable energy. Tree House Brewing Company of Charlton, MA is one company doing just that. After growing from a cooler in a barn into a substantial brewhouse, the company wanted a sustainable way to recycle its process wastewater.

"Working with Vanguard Renewables to recycle our process wastewater has enabled us to abide by our ethos of environmental responsibility while bringing a benefit to local farmers — it was a no-brainer for us. They are passionate about what they do and it shows," says Tree House co-founder and head brewer Nathan Lanier.

Pandemic-related closures at bars, restaurants and stadiums — a channel that represents about 20 percent of overall beer volume but roughly 50 percent of revenue — hit breweries hard. The National Beer Wholesalers Association (NBWA) estimated that by March 2020, approximately 10 million gallons of beer had expired due to canceled events at sports stadiums. Beer has a shelf life of 90 to 180 days — and with NASCAR, major sports events and venues, music festivals, and concerts all closing or going virtual, thousands of kegs were returned to distributors daily.

What to do with all that beer? This question became a major problem for the beer supply chain, and it led to a financial loss estimated at upwards of $1 billion.

In fact, beer disposal is rather complicated. Each 150-pound keg must be decanted and cleaned before it is refilled. Hillebrand, a logistics company that handles nearly 8 million kegs of beer annually for 432 brands in the US, is sending some of its expired kegs to Vanguard Renewables’ Organics Recycling Facility—as well as other decanteries across the US — for recycling into renewable energy.

Prabh Hans, VP Business Development & Strategy, shared: “Working with environmentally friendly partners to reduce the impact on our industry, communities and public utilities is a great component of our EcoBev Service. We value the support from the Vanguard team in addressing these elements of the beer-making process.”

The materials used to make beer can also be used for other purposes, including making hand sanitizer and cleaning products. One brewery, Boston Beer, even converted $5.8 million in beer returned by distributors and retailers into ethanol to be blended into gasoline.

A joint study by the Beer Institute, the Brewers Association, the NBWA, and American Beverage Licensees estimates retail beer sales will drop by over $22 billion due to the pandemic. It also estimates that more than 651,000 jobs supported by the US beer industry will be lost by the end of the year because of COVID.

In the meantime, the ever-resourceful breweries continue to adapt as best they can. Over the warmer months, many breweries were able to serve outdoors. And many increased production of cans and bottles to take advantage of increased retail demand driven by more people drinking beer at home; unfortunately, this trend has been tempered by an aluminum can shortage. Despite the can shortage, retail sales have been solid; per Nielsen, beer sales rose 11.2 percent in value, while craft beer sales increased 16.3 percent for the 26-week period ending September 5th.

The immediate future offers a financial challenge for most brewers and distributors, but beer brewing is a long-term business — which still attracted 229 new brewery applications to the TTB during Q2 and Q3 of 2020. Longer term, everyone from craft brewers to large factories can enhance their operations, increase their sustainability, and better protect their bottom lines by exploring process efficiencies, more nimble supply chains and smart recycling solutions. 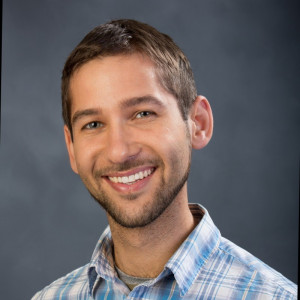 Ryan Harb is an international speaker, sustainability expert, and White House Champion of Change. In 2012, Harb was invited to meet and speak alongside then-President Barack Obama. Harb created the renowned UMass Permaculture program — voted the top university program in the country “that’s changing the world for the better.” He holds a BBA in Business Management and was the first person in the nation to receive a Master of Science degree in Green Building. Harb is now Senior Organics Market Manager with Vanguard Renewables, specializing in food and beverage waste recycling for businesses throughout the Northeast.