Circular solutions for food waste are popping up almost daily, but agricultural and seafood waste are commonly overlooked, despite the value that can be derived from these biomaterials. Recognizing the opportunities these waste streams present for both economic and environmental ends, organizations across the globe have unveiled new products and procedures that could help set new industry precedents.

The seafood industry is responsible for seven million tons of “nuisance waste” that make their way into landfills or oceans every year, of which mollusk shells constitute a considerable portion. But scientists at the Royal Belgian Institute of Natural Sciences believe they have found a better way of dealing with the colossal amounts of biomaterials that wind up as waste.

According to scientists, mollusk shells, which are rich in calcium carbonate, could be used to restore damaged oyster reefs or applied to fields to reduce soil acidity. “Reusing shell waste is a perfect example of a circular economy, particularly as shells are a valuable biomaterial,” James Morris, a researcher with Calcium in a Changing Environment (CACHE) told Popular Science. “Not only does it improve the sustainability of the aquaculture industry moving forwards, but it can also provide secondary economic benefits to shellfish growers and processors.”

Shellfish provide critical ecosystem services for ocean environments, absorbing pollutants such as heavy metals and nitrogen and their abandoned shells offering shelter for other organisms. Climate change, overfishing and declining water quality are, however, threatening shellfish populations and the ecosystems they serve. Morris suggests that old oyster shells could be the key to reviving oyster populations by providing a hard surface for oyster larvae to settle on. Several projects are already underway in which shells are used to construct oyster reefs.

Shells can also be used to treat wastewater, make cement and control soil acidity, which Morris says is common practice in Northern Spain, where mussel farming is booming.

The concept is promising, but obstacles remain. Morris cites knowledge exchange between industries as being a major hindrance to the widespread use of mollusk shells in these applications. In order to drive the widespread reuse of shells, improved cross-industry collaboration will be needed.

Meanwhile, an Australian startup has unveiled a groundbreaking reusable coffee mug made from biomaterials that could prove instrumental in reducing the amount of disposable coffee cups that wind up in landfills every year.

While reusable mugs are a major improvement over traditional takeaway options, they are commonly made from plastic, making them little better than the cups they replace. Saxon Wright, co-owner of coffee brand Pablo and Rusty knew there had to be a better solution. Using discarded coffee husk — the layer of cells that coat a coffee bean — Wright created a reusable ceramic alternative — dubbed the Huskee Cup — which, according to Wring, actually keeps coffee hot longer than a traditional reusable or a single-use mug.

“We wanted to create a closed-loop system, so we thought if we could use waste from farming to create a cup we could solve problems both at the café and farm level,” said Wright.

Approximately 1.35 million tons of husk waste are generated each year during the milling stage of coffee production, most of which is left to rot. The Huskee Cup allows farmers to generate new revenue from their nutrient-void waste stream, while simultaneously providing a solution to the one billion takeaway coffee cups thrown away in Australia every year.

The cup, which has been designed as both an in-house product and a takeaway cup with a lid, exceeded its initial Kickstarter fundraising goal and is slated to go to market by February of next year.

Finally, two co-ops in Costa Rica are working with smallholder farmers to turn agricultural waste into valuable products by using discarded apples, plums and guavas to produce everything from energy bars to sauces and soaps.

With financial backing from the country’s Higher Education Council, Frutalcoop and Cooperoguata rolled out the program in 2016 in an effort to bolster producers’ capacity to generate new revenue streams from agricultural products that would otherwise end up in landfill due to minor aesthetic faults.

The program surveyed communities to determine what types of products they were looking for, with snacks and cosmetics coming out on top. Frutalcoop and Coperoguata then provided a training course for producers, in which they learned about the features and chemical components of these products. The goal is for smallholder producers to take the skills and knowledge that they gained through training back to their communities, where they can teach other members about coops and how they can turn a traditionally problematic aspect of agriculture — overproduction — into an economic opportunity.

Overproduction caused by longer dry seasons can cause prices to drop by up to 50 percent, doing significant damage to farmers’ bottom lines. According to Patrik Matarrita, general manager of the co-op said that the development of new products could provide a viable solution to the problem.

Frutalcoop and Cooperoguata expect to bring their new lines of circular products to market in 2018. 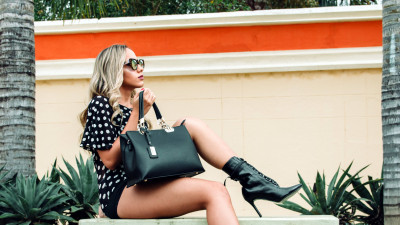