One Percent Is Not Enough: Let's Work Together to Increase Organics 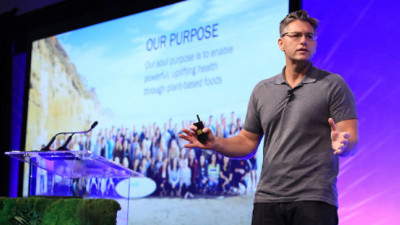 6 years ago - Kashi is on a mission to increase organic acreage in the U.S. – but we can’t do it alone. Today, I’d like to invite you – food lovers, buyers, and growers - to join us on our journey. The Challenge Forty percent of the United States is farmland – but, despite soaring demand for organic products, less than one percent of that farmland is Certified USDA Organic.1 At Kashi, we believe in nourishing, plant-based foods that promote powerful, uplifting health – and we cannot talk about improving the health of people without improving the health of our planet.

6 years ago - SAN FRANCISCO, June 9, 2016 - The largest global peer community of brand leaders and sustainability practitioners focused on advancing brand value creation through sustainability-led innovation is heading to Detroit, Michigan in 2017. &nbsp;Sustainable Brands® announces the next gathering point for its flagship event in the U.S. will be at the Cobo Center, May 22-25, 2017. &nbsp;

7 years ago - As evidenced by the unprecedented private-sector engagement in COP21 earlier this month, businesses globally get that they need to innovate (and improve!) their products, services and business models to combat climate change, resource scarcity and unpredictable futures. Aside from the alignment of 195 nations on a climate-action agreement, what did all the talk at COP21 amount to from a business perspective? A lot of initiatives that push forward change and collaboration. But is it all smoke and mirrors, and toothless pledges, or is there real action brewing?

7 years ago - The Conference of the Parties … COP21 … the climate conference … or just “Paris,” as in “What’s going to happen in Paris?”

7 years ago - The Science-Based Targets initiative announced Tuesday that 114 companies have now committed to set emissions-reduction targets in line with what scientists say is necessary to keep global warming below the dangerous threshold of 2 degrees Celsius. The announcement was made at the LPAA Business focus event hosted by Caring for Climate at COP21 in Paris.

7 years ago - Several dozen companies that endorsed the New York Declaration on Forests at 2014’s United Nations Climate Summit are taking concrete steps to eliminate commodity-driven deforestation from their supply chains, according to a new report from Supply Change – a project convened by Washington D.C.-based non-profit Forest Trends. 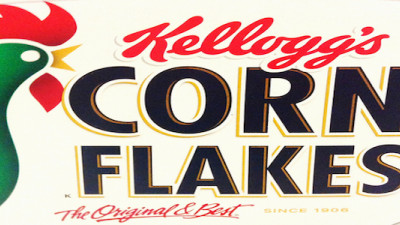 8 years ago - Kellogg’s has announced a new commitment to enable improved productivity of 15,000 smallholder farmers in its agricultural supply chain, with a focus on rice, as well as support the reduction of greenhouse gas emissions. The company made the announcement this week at the UN Climate Summit held in New York.Rice is a staple food for more than half the world's population, and is grown by a number of smallholder farmers in several parts of the world. Rice contributes to climate change because of the emissions created in current growing practices, which also impacts crop yields due to rising temperatures and sea levels.

8 years ago - Asia Pulp and Paper (APP) Group chairman Teguh Ganda Wijaya today joins a number of companies, governments and NGOs to sign the New York Declaration on Forests at the UN Climate Summit 2014. The declaration is an unprecedented international, multi-sector commitment to safeguard the world’s forests and to help tackle climate change.