We make sure everything we do is through the lens of humanity – from our commitment to the highest quality coffee in the world, to the way we engage with our customers and communities to do business responsibly. 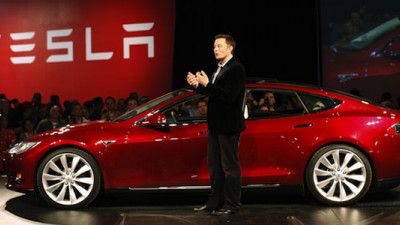 8 years ago - Here are three new examples of the CVS Effect in action that show how brands can change how business operates — for the better (the “CVS Effect” is shorthand for recognizing brands that are doing the right thing, because it’s the right thing to do). In these cases, the “right thing” is choosing to share information and resources, even when there’s a risk of losing market dominance or taking a financial hit. 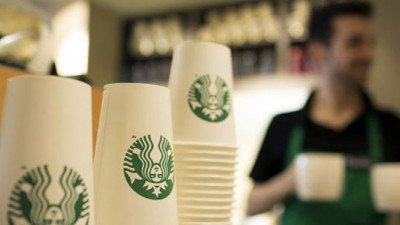 8 years ago - Starbucks has announced the Starbucks College Achievement Plan — an opportunity for eligible part-time and full-time employees to complete a Bachelor’s degree with full tuition reimbursement through a collaboration with Arizona State University's online degree program. 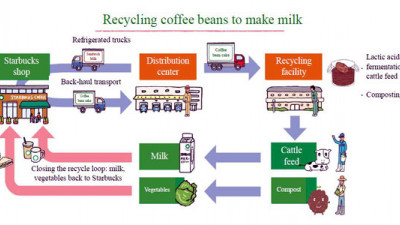 8 years ago - Menicon Co., Ltd., Japan’s leading contact lens manufacturer, isn’t normally associated with milk. But a recent partnership with Starbucks is showcasing the company’s scientific expertise in a new way: Menicon has helped Starbucks to pioneer fermentation technology that now allows coffee grounds from Starbucks stores in the Tokyo area to be converted into feed for local dairy cows that produce the company’s milk. 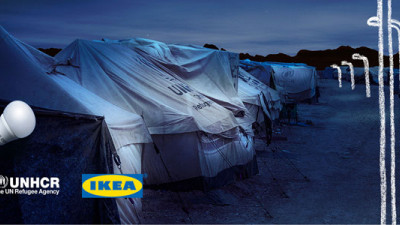 9 years ago - This post is part of a series written by MBA and MPA candidates in Presidio Graduate School’s Managerial Marketing course, examining the role of marketing in advancing sustainability across all sectors. 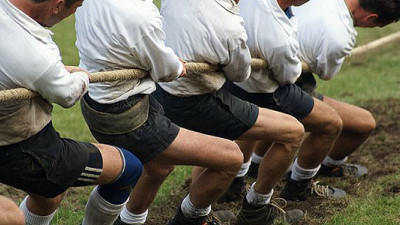 9 years ago - I just read an interesting Deloitte study linking sustainability with innovation inside corporations. According to the study, companies engaged in sustainability innovate more than their competitors. At the risk of sounding cheeky, I don’t find this hard to imagine. Companies that recognize the importance of sustainability tend to be those pushing for new ideas. And applying the sustainability filter to innovation efforts sparks new patterns of thinking — and fresh ideas.

9 years ago - In a major move towards sustainability for one of the world’s largest purchasers of palm oil, Unilever on Tuesday announced that all of the palm oil it buys globally will be traceable to known sources by the end of 2014.The company says it purchases roughly 1.5 million tons of palm oil and its derivatives annually, which represents about 3 percent of the world’s total production, for use in products such as margarine, ice cream, soap and shampoo. 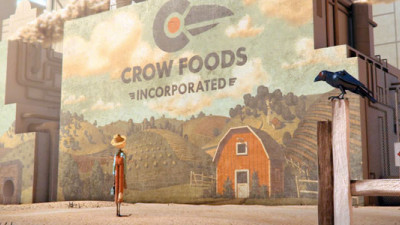 9 years ago - The success of Chipotle’s recent ‘Scarecrow’ video goes beyond its glossy Cannes-worthy visuals or the 7 million views it has received since its launch last month: The online advertisement is a marketing feat because it taps into the power of storytelling in a way that reflects Chipotle’s ethos and is woven into all of the company’s communications. A look into Chipotle’s broader communications efforts reveals the lesson that for a sustainability message to authentically resonate with audiences, it needs to be part of a strategic communication plan and backed up by real action.

9 years ago - SAN FRANCISCO, October 16, 2013 – Sustainable Brands® recently announced program details for its pan-European conference to be held at the Lancaster London, November 18-19th. The conference will bring together over 500 senior-level brand marketing strategists, product designers, business model innovators and sustainability executives to collaborate and explore how environmental and social innovation is becoming an engine for business growth and brand value.

9 years ago - Continuing a positive trend of transparency in the food industry, Starbucks' latest campaign focuses on the quality and sourcing of its coffee beans, as sustainability and health concerns continue to motivate consumers to ask, "Where does this come from?"Launched on Sunday during the Emmys, the new documentary-inspired TV ad shows the heritage of the cafe chain's Arabica coffee beans. "The bean matters, because you cannot roast in quality, you cannot roast in complexity," the voiceover says as black-and-white footage of coffee plantations and the roasting process runs. 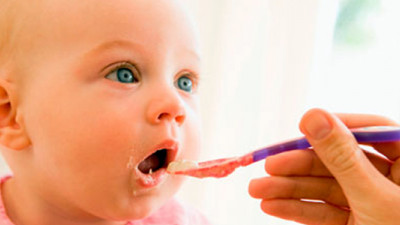 9 years ago - In this series, Christophe Fauconnier &amp; Benoit Beaufils, respectively CEO &amp; founding partner of brand consultancy Innate Motion, present the tools that the company uses to develop purposeful, mission-driven brands with their clients. Benoit &amp; Christophe view their tools as a free “thoughtware” suite, and propose that readers borrow and reapply. Read part one in the toolbox: people immersions. 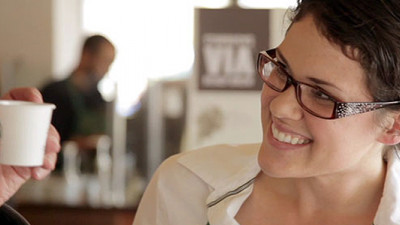 9 years ago - Starbucks CEO Howard Shultz told Reuters this week the company will not cut hours or benefits for employees — referred to as "partners" — in response to Obamacare.While many other large companies in the food service sector have said they will need to shift costs onto their workers in anticipation of upcoming changes under the health law, Starbucks says it will not follow suit.“Other companies have announced that they won’t provide coverage for spouses; others are lobbying for the cut-off to be at 40 hours,” Shultz said. “But Starbucks will continue maintaining benefits for partners and won’t use the new law as an excuse to cut benefits or lower benefits for its workers.” 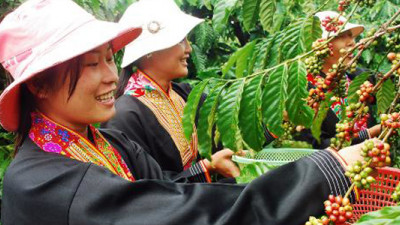 9 years ago - Global food and beverage giant Mondelez International has unveiled a new training facility for coffee farmers to promote sustainability and entrepreneurship in Vietnam. The company says this is a major step toward implementing its "Coffee Made Happy" sustainability program, which commits to investing at least $200 million to help one million coffee farming entrepreneurs by 2020. 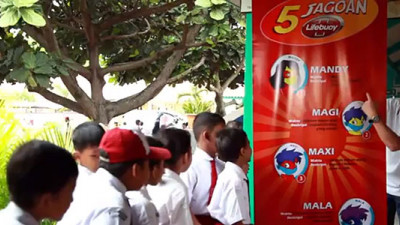 9 years ago - Promoting behavior change is something that Lifebuoy knows well. Launched in 1894 by William Level in the UK as the Royal Disinfectant Soap to stop cholera in Victorian England, it went on to be known as the “red soap” throughout the twentieth century. Back in the early days, Lifebuoy launched programs in schools showing children the importance of handwashing at key occasions. 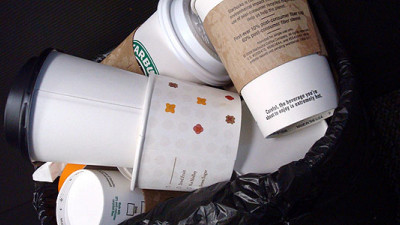 9 years ago - Starbucks is one of America’s most iconic brands for many reasons. The company transformed coffee culture and taught U.S. consumers to appreciate better coffee beans and traditional coffee beverages long on the menu in Europe.