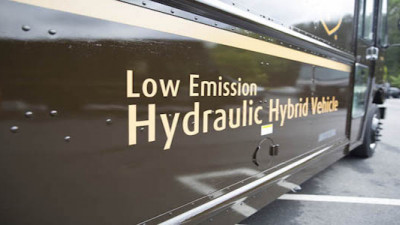 6 years ago - UPS® has released its 13th annual Sustainability Report available at The 2014 UPS Corporate Sustainability Report page. This latest report highlights UPS’s continued investment in alternative fuel and advanced technology vehicles and a commitment to log 20 million hours of volunteer time by the end of 2020.With its “Rolling Laboratory” approach, UPS accelerated its investment in an alternative fuel and advanced technology fleet of more than 5,000 vehicles last year, increasing the number of vehicles by 61 percent over 2013 and adding 1,100 natural gas vehicles

6 years ago - Yesterday marked the launch of the American Business Act on Climate Pledge, uniting 13 of the largest U.S. companies in pledging a collective $140 billion of low-carbon investments in the global economy and over 1,600 MW of new renewable energy. The high-profile pledge is the latest indicator that the White House is succeeding in its effort to garner private-sector support for a substantive climate agreement at COP21.

6 years ago - THE United Parcel Service (UPS) Foundation, the philanthropic arm of UPS, has awarded $35,000 (approximately P1,500,000) to Haribon Foundation, an organization committed to nature conservation with whom The Manila Times has a media partnership.The donation supports Haribon Foundation’s “Rainforest Organizations and Advocates (ROAD) to 2020” project, an environmental conservation movement that aims to restore one million hectares of Philippine rainforests using native tree species by the year 2020. It will also help adopt more than 7,500 seedlings and restore six hectares of forestland.

6 years ago - US 06/19/15Atlanta,&nbsp;GAAwards program honors global companies for leadership through recycling, transportation safety initiativesUPS (NYSE: UPS) has been recognized with a 2015 Eco-Friendly Award from the Alpine Group, LLC, an Idaho-based transportation asset management company.UPS was recognized for collecting and moving more than 4.3 million pounds of recycling in 2014. The Eco-Friendly Awards program evaluation criteria also awarded extra merit for transportation safety awareness and in keeping America’s roads a safer place to travel. 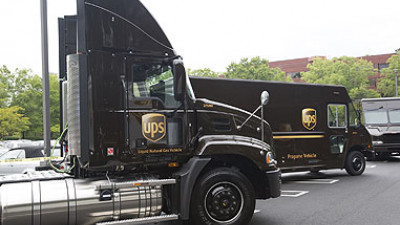 6 years ago - Atlanta, May 05, 2015New Agreement with Clean Energy Will Help Grow Market for Use of Methane Gas from Landfills as Fuel UPS® (NYSE:UPS) today announced it has entered into an agreement to purchase renewable natural gas (RNG) for its delivery vehicle fleet from Clean Energy Fuels Corp. (NASDAQ: CLNE). The deal signifies UPS's plan to significantly expand its use of renewable natural gas for its alternative fuel and advanced technology fleet. The company has a goal of driving one billion miles using its alternative fuel and advanced technology fleet by the end of 2017.Clean Energy Fuels, co-founded by T. Boone Pickens, is the exclusive producer of Redeem, the first RNG made available in commercial quantities.

6 years ago - New Agreement with Clean Energy Will Help Grow Market for Use of Methane Gas from Landfills as FuelATLANTA, May 5, 2015 (GLOBE NEWSWIRE) -- UPS®&nbsp;(NYSE:UPS) today announced it has entered into an agreement to purchase renewable natural gas (RNG) for its delivery vehicle fleet from Clean Energy Fuels Corp. (NASDAQ: CLNE). The deal signifies UPS's plan to significantly expand its use of renewable natural gas for its alternative fuel and advanced technology fleet. The company has a goal of driving one billion miles using its alternative fuel and advanced technology fleet by the end of 2017. &nbsp;

6 years ago - Atlanta, May 01, 2015Steve Leffin to Retire After More Than 30 Years at UPS UPS® (NYSE: UPS) today announced that Edward Rogers will become the company's new Global Director of Sustainability, effective immediately. Rogers succeeds Steve Leffin who helped create UPS's sustainability strategy and led a number of successful initiatives during his seven years guiding UPS's Sustainability group globally. During this period, the company became one of the first U.S. companies to meet the Global Reporting Initiative (GRI) G4 framework at the comprehensive level, exemplifying its leadership in reporting transparency and credibility. 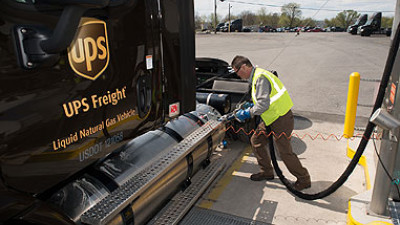 6 years ago - Richmond, VA, April 30, 2015Purchase supports enterprise's sustainability goals UPS Freight® (NYSE: UPS), one of the nation's largest heavy freight carriers, announced today the addition of 64 liquefied natural gas (LNG) tractors to its fleet. The tractors, which are based in Harrisburg, Pa., join UPS's worldwide fleet of more than 2,500 natural gas vehicles."Even though UPS has used LNG tractors in package operations for more than a decade, it's still a relatively new fuel for trucking," said Willie Rivero, UPS Freight vice president-fleet. "By adding these tractors to the UPS Freight fleet, we are aligning ourselves with the enterprise's commitment to use natural gas as a reliable alternative to traditional fuel."

6 years ago - Atlanta, April 29, 2015Company Working with Partner Organizations to Provide Critical Relief Supplies, Assess Ongoing Recovery Needs The UPS Foundation, the philanthropic arm of UPS (NYSE: UPS), today announced an initial commitment of $500,000 (US) to aid in response and recovery efforts following the devastating earthquake on&nbsp;April 25 in Nepal. The UPS Foundation will contribute a combination of cash and in-kind support to &nbsp;enable the provision of urgent relief supplies as well as potential on-the-ground logistics support for long-term recovery needs. 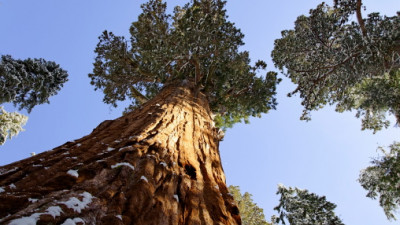 6 years ago - by Dan LambeThe Arbor Day Foundation’s mission is to inspire people to plant, nurture, and celebrate trees. Founded in 1972, the centennial of the first Arbor Day observance in the 19th century, the Arbor Day Foundation has grown to become the largest nonprofit membership organization dedicated to planting trees, with over one million members, supporters, and valued partners. The impact the Arbor Day Foundation makes on our world is accomplished through our conservation and education programs.

6 years ago - by Niloofar Ganjian,WWF works to conserve nature and reduce the most pressing threats to the diversity of life on Earth. Recognizing that the problems facing our planet are increasingly more complex and urgent, we have refined the way we work with an ambitious new strategy that organizes our efforts around six key areas: forests, oceans, freshwater, wildlife, food and climate. 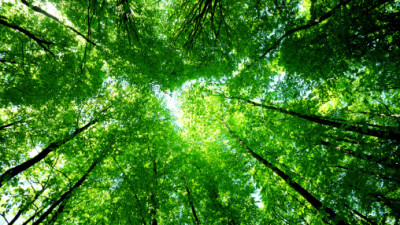 The Nature Conservancy on Forest Conservation Around the World 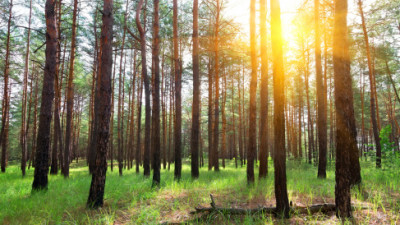 6 years ago - by Bill ToomeyAs the director of the forest health program at The Nature Conservancy, I have the privilege of leading work I love and work that makes a difference in the world. As an ecologist I have an understanding of the importance of nature and its many benefits to people and communities.For 30 years The Nature Conservancy and UPS have worked together to advance forest conservation projects. To date, The UPS Foundation – the company’s philanthropic arm – has provided over $4 million for Conservancy projects. 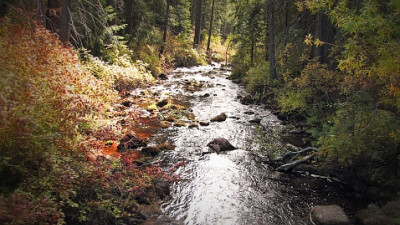 6 years ago - By Jena Thompson-MeredithFor more than 30 years, The Conservation Fund has worked at the intersection of conservation and community. We believe that environmental protection and economic vitality must go hand in hand, and this longstanding principle guides our team every day.With a presence in every state across the U.S., we have protected 7.5 million acres valued at more than $5 billion, including more than two million acres of forests valued at just short of $2 billion.And, in many ways, our work is just beginning.

6 years ago - UPS (NYSE:UPS) today announced plans to build 15 compressed natural gas (CNG) fueling stations to support the purchase and planned deployment of 1,400 new CNG vehicles over the next year.&nbsp;Twelve of the CNG stations will be in new natural gas vehicle deployment areas, and three will replace existing CNG stations with more robust, higher capacity equipment. 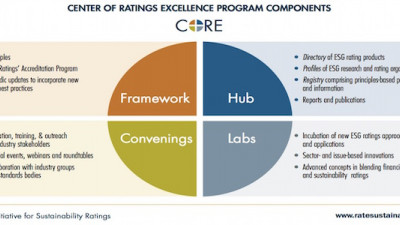 6 years ago - The Global Initiative for Sustainability Ratings (GISR) has announced the launch of its Center for Ratings Excellence (CORE) Program — designed to accelerate the integration of environmental, social and governance (ESG) factors into the global financial markets.In 2014, sustainability-oriented assets under management eclipsed $20 trillion, according to the Global Sustainable Investment Alliance. These investments are shaped by a growing market for sustainability research and ratings from more than 100 organizations covering more than 50,000 companies on approximately 10,000 performance metrics.

6 years ago - ATLANTA, March 26, 2015 -- The UPS Foundation, the philanthropic arm of UPS (NYSE: UPS), today announced the launch of the UPS Relief Link program to help improve the lives of displaced refugees around the world through optimized distribution and tracking of critical supplies in crisis-affected areas. 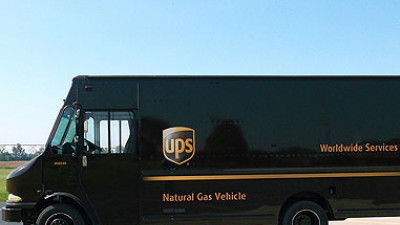