Nicole Rycroft
Published 6 years ago. About a 5 minute read.

It has taken the combined and herculean efforts of countless individuals, but this week, the vision of the landmark Great Bear Rainforest Agreements has finally been realized. Local communities have a vibrant future and 85 percent of the rainforest in the region is now protected or off-limits to logging. But at the height of the ‘war in the woods’ for the future of the Great Bear Rainforest — the world’s largest remaining tract of temperate rainforest that runs from the Alaskan border down most of the British Columbian coast — the province’s many forest product customers were between a rock and, well, a very hard 1,000-year-old cedar.

In the early 2000s when the conflict was in full-steam, the message to these customers from the BC and Canadian governments and the forest industry was oft-repeated and simple: Canada’s forest-management practices were leading the world in sustainability. Period. No need to worry. Let’s not discuss it further.

However at the same time, scientists, environmental organizations and many First Nations were sharing images of forest devastation and the impacts of those destructive practices to the world’s biodiversity and climate. Ancient, endangered forests being felled for toilet paper and 2x4s; for books, magazines and newspapers; for food and clothing. Clearcuts that climbed the mountain sides, stripping them bare. Slope failure, bear dens, and endangered bird and salmon habitat destroyed. Traditional local livelihoods and cultural practices threatened.

It became hard for the marketplace to ignore the science. It was not sustainable. It became clear there was a discussion to be had.

On the surface, the choices for the marketplace seemed stark. Should businesses hunker down, ignore the scientific data, try to stay out of the fray, and keep the forest products flowing? Or consider cancelling long-term contracts and business relationships in BC and meet their business needs by sourcing elsewhere?

Some forest product customers switched to buy from other forest regions, such as Indonesia or Canada’s Boreal. A rare few tried to turn a blind eye. But fortunately for Canada and the rest of the world, some saw another path through the morass of conflict: They remained engaged with BC’s forest companies but demanded better. Better logging practices. More protection of globally rare ecosystems. Well-being for communities. Meaningful change.

In endangered forests such as the Great Bear, the customers’ message to the BC government and forest products companies was clear: You can keep or regain our business – but only if you advance social, economic and environmental solutions.

The BC government had initiated a land use planning process, but environmental groups and many First Nations would not participate. How can you plan what to develop and what to protect when the logging is ongoing and options are being eliminated as you speak? With strong customer support, the so-called ‘talk and log’ approach was halted and a logging moratorium placed on over 100 intact rainforest valleys. And with that, the dialogue to build lasting solutions truly began.

Collaborative bonds were formed between dedicated environmental groups such as Canopy and customer companies such as Sprint, as a shared vision of a more sustainable future bridged the gap between activism and business. Throughout the negotiations and planning process, forest product customers such as Kimberly-Clark, Time, Telus, The Globe and Mail, Staples and Penguin Random House Canada worked alongside Canopy, which specializes in bridging the gap between the marketplace and conservation needs. Many of these businesses have sustained interest and engagement in the Great Bear Rainforest since the early days.

That customer diligence and commitment to a visionary outcome served as an invaluable incentive to keep the process moving forward. Individual leading companies met with BC government and forest industry representatives, visited First Nations communities and the rainforest itself. Companies attended customer roundtables convened by Canopy and its environmental allies to receive the latest updates and urge additional progress. They wrote letters urging comprehensive action and oversight. The message was clear: Customers care, and the world is watching. When negotiations hit rough waters, as they frequently did, the negotiating parties were aware of those eyes upon them and that failure was not an option. And thanks to these combined and persistent efforts, the vision of the Great Bear Rainforest Agreements has finally been realized.

Heartfelt congratulations to the governments of the First Nations and British Columbia, the forest industry members of the Joint Solutions Project and the dedicated environmental groups of the Rainforest Solutions Project. And kudos also to the forward-thinking customer companies who have been key in motivating the BC government and forest companies towards this ambitious solution.

The Great Bear Rainforest Agreements have not only created a legacy for the entire world, they have forged a pathway to solutions that will serve our planet well. Today, over 750 companies work with Canopy to advance solutions in key global conservation hotspots such as Canada’s Boreal and Indonesia’s rainforests.

As endangered forests continue to fall in places such as Canada’s Boreal and the tropical rainforests of Indonesia, the Great Bear Rainforest Agreements establish a precedent for the world. They are “proof positive” that when all parties galvanize around an ambitious vision, solutions can be found. Landscapes of hope, such as Indonesia’s Leuser Ecosystem and the Boreal’s Broadback Forest, can be protected and community wellbeing advanced. It’s just the kind of creative solution that today’s ecological challenges demand of us. 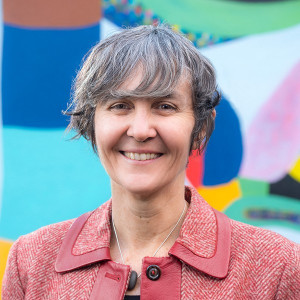