Behavior Change
Reframing How We Think of Food, Creativity Key to Winning War on Food Waste

Mia Overall
Published 3 years ago. About a 4 minute read.

Food is one of those issues that gets everyone interested. We all eat it, love it, and unfortunately waste it. But that’s starting to change. Alongside plastic waste (including the cause of the moment — eliminating straws, food waste is an issue that has deservedly grabbed mainstream attention over the last few years. The growing number of inspiring initiatives led by global food companies and entrepreneurs, restaurants, chefs, scientists, activists, foundations and farmers is encouraging.

Many of these were on display on Wednesday at the 2ndFood Tank Summit in New York City, organized by founder Danielle Nierenberg and her team, which gathered nearly 40 experts to speak about food loss and waste. The event teemed with stories of innovative partnerships and entrepreneurs marketing solutions to help companies reduce their waste. Reframing how we think of our food, raising awareness, and creativity were major themes that stood out as people inspired and challenged each other at Food Tank’s oversold event.

The difference between food loss and food waste is not always obvious, may not be obvious, as New York Times reporter Julia Moskin pointed out in her conversation with Roy Steiner, Managing Director for Food at Rockefeller Foundation; and Rhea Suh, President of the Natural Resources Defense Council (NRDC). Food loss refers to everything lost between the farm and the retailer. Food waste is what takes place after it reaches retailers or consumers.

NRDC has done powerful research on food waste in the US, where we waste up to 40 percent of our food. Hopefully, we are making progress, but as Suh said, “the biggest change has actually been the audience and the growing awareness about this issue.”

Food companies and restaurants have recognized their role

How Retailers and Brands can close the intention-action gap

Hear insights from Grounded World and Nestlé USA about how to promote behavior change at point of sale in retail, and learn key principles to advance your own activations to drive demand for and adoption of sustainable lifestyles — at SB'22 San Diego.

More and more entrepreneurs are getting creative about turning byproducts from food production into new specialties. For example, Homa Dashtaki, owner of Brooklyn-based artisanal yogurt brand White Moustache Yogurt, is turning whey — a milky byproduct of the yogurt-making process — into a new line of tangy drinks and frozen treats. After expanding into her third facility, she made a commitment to not expand further until they had a market for the whey they were throwing away. And they’ve done it: She proudly shared, “I want to be an example for other businesses that you can look within the crevices of your existing business to find exciting new ways to be ambitious and grow.” Chefs are doing this, as well: At his Blue Hill restaurant at Stone Barns, Dan Barber uses whey for cocktails.

Re-examining the value we place on food was one of the themes that emerged throughout the day.

“There’s a false choice between flavor, density and yield,” Barber said, as he discussed how flavor has been bred out of fruits and vegetables in exchange for traits such as size and shelf life.

The business case is always important, but chef Brad Nelson — VP and Global Operations Discipline Leader of Culinary at Marriott — insists on going further: “We have to change the conversation so it’s not just a margin discussion.”

Marriott’s goal is to reduce 50 percent of its food waste to landfill; this will come from awareness within the kitchen, awareness within organization and actually measuring it, Nelson explained. Luckily, the hotel giant has discovered great cloud-based tech solutions to help with measurement. In scaling efforts to reduce food waste, Marriott has had to adopt a different approach.

“We have a lot of chefs who don’t believe we have a problem because we are making our margins,” Nelson explained. “We have 70,000 culinary associates and we’re framing the conversation to say that there is an issue and putting it in terms we can solve.” 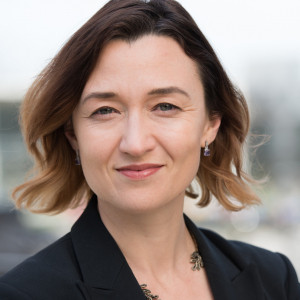 FROM PURPOSE TO ACTION: BUILDING A SUSTAINABLE FUTURE TOGETHER
Why Partnerships with Nonprofits Are Key to a More Sustainable Future