As we enter 2020, we face a trilemma of global warming, growing inequality and rising nationalism — so, a well-designed net-zero strategy must tackle the climate crisis and promote economic opportunities for the less privileged at the same time.

Numerous public and private leaders have committed to climate action and are pursuing a target of net-zero emissions by 2050. However, as we enter 2020, the world faces a fundamental trilemma of wicked, interconnected challenges: global warming, growing inequality and rising nationalism. Therefore, a well-designed net-zero strategy must tackle the climate crisis and promote economic opportunities for the less privileged at the same time.

It has already made poor countries substantially poorer and its effects have hit the less privileged the hardest. Farmers in Malawi are, for instance, far less able to adapt to droughts than their counterparts in Switzerland. In Syria, the root cause of the civil war and resulting turmoil was a severe drought in the years 2006 to 2011, worsened by a warming climate. This forced scores of farmers to abandon their cropland and flock to already crowded cities.

Similarly, the well-intended measures to combat climate change can also lead to increasing inequality. As the gilets jaunes protests in France have shown, an increased fuel tax was perceived as overtly burdening disadvantaged parts of society. Primarily aimed at slashing pollution, the planned tax would have passed the costs on to drivers.

Global warming and its effects on inequality are a toxic combination: Due to rising sea-levels, tens of millions of people in coastal cities may soon become displaced. Severe droughts could render vast amounts of agricultural land in Africa infertile, forcing farmers to earn their living elsewhere. Threatened by the unexpected rush of anguished newcomers, locals can and have reacted with strong protectionism, as seen in 2015 in Europe.

But moving towards nationalism in response to climate-related stressors is a move in the wrong direction. We risk getting caught up in a vicious cycle: Once nationalistic parties are in power, it is unlikely that their policies will accelerate investments into measures that mitigate climate change. On the contrary, in fact: As we have seen in the United States, growing nationalism and unwavering support for national fossil fuel production has, under President Trump, shifted public funding even further away from addressing climate change and the social inequality it is creating. Instead of dealing with the root cause, the government has focused on deploying military might against the impacts and unrest caused by a warming climate.

This vicious cycle can be broken

Investments in emissions-reduction projects and clean technologies can provide opportunities to disadvantaged parts of society, thereby fighting inequality. Furthermore, they are not only profitable, they also reduce and help avoid greenhouse gas emissions at the source.

Developing countries lack the means to make the necessary investments to realise a low-carbon economy. However, if investments are not made today, these countries risk being locked into carbon-heavy infrastructure and watering down the possibility to reach the goals of the Paris Agreement. Without additional financial backing, decisions to invest in centralised coal power plants, for instance, may take precedence over improving grid infrastructure for decentralised renewable energy. Clogged, polluted megacities will become the norm if plans for clean public transport infrastructure and green buildings are not realised.

In very practical terms: over 600 million people in Africa are still not connected to the power grid. This means that just 2 out of 5 people across 36 African countries are able to access a reliable supply of energy. Communities are forced to either deal with no electricity for their basic needs, or produce electricity by using extremely expensive (and polluting) diesel generators. Investments in solutions such as solar home systems and mini-grids have short payback times and lead to the direct CO2 reductions by avoiding the need to burn of diesel. They directly promote equal opportunities by allowing people to switch on lamps to read and study, charge a mobile phone or listen to the radio.

Many have, for the first time, been inspired and empowered to champion the cause of climate justice. Throughout 2019, young people around the globe have been out on the streets, moved to a great extent by Greta Thunberg’s call for climate action. The key demand of her “Fridays for the Future” protests is for our entire society to set ambitious targets to achieve net-zero emissions as soon as 2030.

But what does “net zero” really mean?

What measures are companies or governments to take in order to meet this goal? While the answer depends greatly on the unique situation of a government or company; a credible, ambitious and meaningful net-zero strategy should strive to achieve two goals.

To reduce, in the first instance, all possible direct and indirect greenhouse gas emissions. And, as a second step, to go above and beyond by bringing GHG emissions outside one’s own system boundaries down to zero — and ideally below zero to become “climate positive” — by investing in projects and technologies that create economic opportunities for less privileged communities and support the Sustainable Development Goals. As global warming increases inequality, we need to make sure the solutions we deploy to solve it do not.

The world is at a crossroads

As we work towards net-zero, we must make sure to invest in solutions that mitigate climate change and support those who are hardest hit by the impacts of it. It is up to us to decide the kind of future we want to leave for our grandchildren. To achieve the vision of a stable climate, an end to poverty, and an open, tolerant society, we need high ambitions. But we also need transformative action. Starting now. 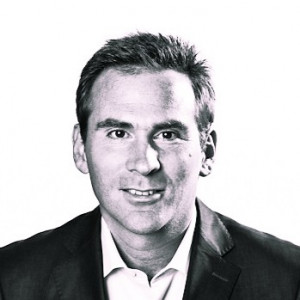 Renat Heuberger is a pioneer and social entrepreneur in the field of sustainability, climate change, and renewable energy, where he is engaged since over two decades. As a founding partner and CEO of South Pole, he coordinated the set-up of the company's global climate solutions business.