Mark Walker
Published 2 years ago. About a 4 minute read.

I recently spent time in Copenhagen for the Fashion Summit. There were a lot of statistics thrown around but there is one that I can’t get out of my head. 50 million tons of clothes are produced every year and 87 percent of them will end up incinerated or in a landfill. And our industry is expected to double. That math is 87 million tons per year burned or tossed!

Those are staggering numbers created by people who probably don’t do these things on purpose or with any mal intent. Most people are just trying to get through their daily lives. Human beings are in a constant race to move faster and never slow down. That doesn’t leave a lot of time to realize the amount of waste or impact we are having.

Why is that? I think it boils down to education. There is not enough visibility on how our daily choices impact People and Planet. The word sustainability has become like the word “natural.” It means something different to everyone and it means nothing at the same time. People are intimidated by all the definitions, jargon and incorrect information that is out there. We view being sustainable as a sacrifice.

Interestingly, over the past decade people have been obsessing over what they put IN their bodies. Now we are seeing people shift that same obsession to what they put ON their bodies. Most millennials say that they want clothing that stands for something or is made in a less harmful way, but they won’t sacrifice style. And for this and many other reasons, sustainability is making its way into our fashion vernacular and it is starting, slowly, to take hold.

Full disclosure, this isn’t something I always cared about. I am a convert from the other side. Up until this point in my career I worked in corporate cultures where “Type A” behavior was rewarded. Selling more than you did the previous year at a lower cost to produce and higher margin was the key metric for success. That wasn’t who I was at home, but work was work.

Last year, I got the call to be the CEO of Outerknown, a brand founded by Kelly Slater that intended to be sustainable from the ground up. To be honest, I was skeptical. I didn’t see how a company could simultaneously hold “doing it right” in the same esteem as hitting the financial targets. Making sustainable clothing and making a profit just didn’t seem possible.

One year in, I can tell you that it is. I can also tell you that it isn’t easy. In fact, it’s really hard. Making sustainable clothing is a constant struggle ─ even for an industry veteran ─ but I truly believe that if I can make this change, anyone can.

One of the reasons that this is so difficult is that while we have a strong ethical compass, we are in uncharted territory. There is no archetype to follow. The traditional benchmarks do not apply. But we have had to forge ahead when sometimes it didn’t look like there was a road to forge ahead on.

When I met Kelly for the first time he told me that he didn’t start the brand so that he could own a clothing company. He started it so that he could fundamentally change how the fashion industry does business. It has never been enough to develop a sustainable brand. Real advocacy means real transparency.

So, last month we released our Sustainability Roadmap: an open-source guide to building and growing an ethical clothing brand. This is the three-year plan that was developed by our Chief Sustainability Officer, Shelly Gottschamer. Yes, we are giving proprietary knowledge to all of our competitors. It may seem crazy but in the fight for a cleaner planet and fair working conditions, it is a fact that a rising tide lifts all ships.

We are not sharing this to try to be heroes, and not to get credit for our transparency. We are sharing this to encourage as much collaboration as humanly possible in the fashion Industry. Sharing our knowledge and supporting each other is the only way that we have a shot at changing anything.

Moving the needle on that 100 million tons of clothes will take real partnership and radical collaboration. As an industry we need to interact, connect, collaborate and, most importantly, not just commit to change but act upon what we commit to. If we get aligned, pool our resources around education and impact, share our progress and struggles and truly use open sourcing, the fashion industry can deliver meaningful change for both People and Planet. 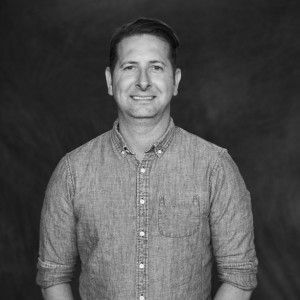