The Next Economy
Accounting for Carbon:
New UK Regulations Connect Carbon to Finances

Gina Angiolillo
Published 8 years ago. About a 5 minute read.

In 2013, legislation quietly passed within the UK that would require companies listed on the London Stock Exchange to disclose global greenhouse gas emissions (GHGs) within their publically available annual Directors’ Report. These new reporting rules made the UK the first country to institute mandatory carbon reporting as of October 2013.

This law will allow potential investors and shareholders to evaluate a company’s true financial standing — including the important long-term cost of carbon. Although many UK companies already report their carbon emissions voluntarily (through programs such as the Carbon Disclosure Project), over 1,000 companies now must include GHG emission data for their entire organization alongside their financial reporting.

As evidenced by the new UK reporting legislation, companies and citizens alike have begun to recognize the importance of environmental reporting as a step towards better management of environmental impacts. Through mandated reporting alone, the UK law is anticipated to prevent an equivalent of 4M tons of carbon dioxide by 2021 — with the understanding that ultimately, the pressure to reduce emissions will come from investors and consumers as the carbon footprint data for all major companies becomes publicly available.

However, perhaps one of the most valuable impacts of the new legislation is that companies will no longer be able to hide the true cost of generating profits. The costs of pollution and climate change, which have previously been pushed onto the public, will now be unavoidably associated with a company’s financials. Deputy Prime Minister Nick Clegg noted this point as critical reasoning behind the mandated reporting: “Counting your business costs while hiding your greenhouse gas emissions is a false economy.”

The new law makes the important connection between environmental impacts of corporate operations and financial wellbeing. Ultimately, carbon emissions will become another standard metric by which companies are compared and differentiated (particularly when it comes to climate-related risks). Environmental impacts now must be established within the context of core business function and not relegated to the CSR or marketing departments as a purely image-related issue.

This connection is plain to see in, for example, the $65 billion in damage caused by Superstorm Sandy, Hewlett-Packard’s 7 percent profit loss in 2011 as a result of flooding in Thailand, and agribusiness Bunge’s $56 million quarterly loss in 2010 primarily caused by increased droughts in Brazil. Climate change mitigation is becoming a critical element of maintaining a financially stable corporation. Tom Delay, the Chief Executive of Carbon Trust, summed up the issue well when he noted: “Ultimately, reporting emissions should not be seen as a compliance issue — it is an absolutely fundamental part of having a sustainable, innovative and successful business in the twenty-first century.”

Requiring companies to report on their carbon footprint must be seen as simply a prerequisite before managing emissions. After all, reducing emissions, aside from the global environmental benefits, can mean reduced energy costs, higher internal efficiency, and even increased customer loyalty. Many companies impacted by the new regulations have already taken action to reduce emissions from their business and offset unavoidable emissions.

In addition to reporting their carbon footprint in advance of the new legislation, PwC has set internal goals to reduce its operational carbon emissions by 25 percent by 2017. The company has already made strides towards meeting this goal by minimizing scope 1 and 2 emissions through operational efficiencies and innovation, and passing this knowledge and experience onto its suppliers and clients. For their indirect scope 3 emissions, PwC is offsetting its footprint through high-quality projects certified by the Verified Carbon Standard.

Barclays is also managing its carbon footprint in part through offsetting unavoidable operational emissions. The bank invests in projects that are Reducing Emissions from Deforestation and forest Degradation (REDD+). REDD+ projects create incentives for local communities to protect and monitor local forests while conserving habitat for wildlife, all while preventing the emissions associated with forest destruction. Barclays has made a commitment to not only measure its carbon footprint, but also to manage it in a way that minimizes the company’s impact on the climate.

Marks & Spencer achieved noteworthiness as the top performer in carbon management amongst FTSE 100 companies, as ranked by Carbon Clear in 2012. The UK retailer has become a carbon-neutral company, offsetting unavoidable emissions through projects that reduce deforestation in threatened forests (REDD+), improve lives through clean cookstoves, and support clean energy growth. As Clem Constantine, Director of Property at M&S, asserts: “There’s a clear business case for managing and reducing our own impact on the environment. It saves money, helps us become more efficient and better prepares M&S for the future.”

Barclays, among other companies and policymakers, will be speaking about the undeniable relationship between emissions and the economy at the upcoming REDD+ Talks: London. The event, hosted by Norton Rose Fulbright, will highlight the ways in which corporations such as Barclays have gone above and beyond mandatory reporting to manage their footprint in a holistic way: reducing where they can, and offsetting where they can’t.

Regardless of how they do it, these firms have realized that carbon management is an integral part of doing business in a changing climate. Now that reporting emissions, whether mandatory or voluntary, is becoming the global norm rather than the exception, it’s time more companies take the next step. These mandatory disclosure requirements could be expanded in 2016 to cover up to 24,000 UK companies, which is all the more reason that all businesses should be reporting and managing their carbon footprint. 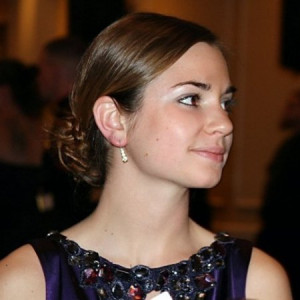