The Next Economy
Reducing E-Waste, Increasing Equity in Brazil by Reimagining the Smartphone Industry

Brazil ranks fifth amongst countries producing the most electronic waste. The path toward a sustainable and equitable smartphone marketplace is through the sale of used and refurbished devices.

Brazil ranks fifth amongst countries producing the most electronic waste, according to the Global E-Waste Monitor 2020 report by the World Alliance for the Statistical Control of Electronic Waste. To reduce electronic waste and simultaneously extend the lifetime of devices in the consumption cycle, the sale of used electronic devices seems to be a solution.

The path toward a sustainable and equitable smartphone marketplace is through the sale of used devices. 75 percent of emissions linked to a smartphone can be attributed to the manufacturing stage, on average. But extending the life of these devices by 4.5 years can cut emissions in half. Creating an effective process for refurbishing and reselling smartphones is the obvious solution.

Conventional ways of selling used smartphones, such as marketplaces and social networks, have historically been inefficient, explaining the low rate of resale. For sellers, the process involves negotiation with several unknown buyers — while for buyers, there is no guarantee of device quality and payment security.

Through a better user experience and focus on quality, companies could make the resale market more attractive to consumers, encouraging them to both recycle their old phones and buy refurbished ones when they decide to upgrade. This circular approach reduces manufacturing emissions and electronic waste, while still providing high-quality customer experience.

According to data from Newzoo, the number of smartphone users in Brazil grew 36.3 percent between 2017 and 2020, from a total of 79 million users to 107 million. Regarding penetration levels compared to other countries, Brazil ranks below the United States (81.6 percent), Germany (77.9 percent), China (63.4 percent) and Mexico (54.4 percent), among others — having only reached 51.4 percent penetration in 2020. Increased digital inclusion will play a key role in upgrading Brazil from 3G to 4G in the immediate future, and soon thereafter upgrading to 5G.

The average consumer in Brazil has to work 84 days to afford a premium smartphone, compared to 7 days in the US. Beside the reduced environmental impact of mitigating e-waste, the used smartphone ecosystem makes ownership more accessible; and the presence of a structured platform for this purpose creates a reliable environment for the purchase of used devices. In turn, it allows a greater portion of the population to have access to smartphones and other electronic devices — fostering digital inclusion, given the low accessibility of new devices in Brazil.

Both the environment and society depend on the creation of a more sustainable approach to the electronic device industry. Through a complete ecosystem that offers safety and convenience to customers, companies can ensure that a greater number of people have access to technology, while the environment is protected. This business shift to reimagine the Brazilian smartphone industry will help create a more sustainable future, well beyond the industry. 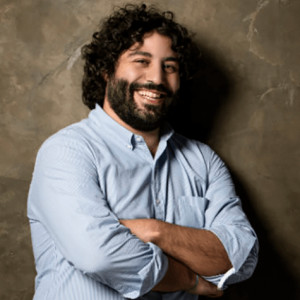 Guille Freire is co-founder and CEO of Trocafone — a leading Brazilian marketplace for used smartphones and tablets.