The Next Economy
SB'17 Copenhagen, Day 2:
Circularity, Impact Valuation and Other Ways to Put a ‘Positive’ Spin on Business

How a T-Shirt Is Driving a Circular Economy

In this main stage session, Forum for the Future CEO Sally Uren returned to interview Jeffrey Hogue, Chief Sustainability Officer at C&A, to delve into the organic fibre that made up Sally’s t-shirt, quite literally.

C&A, a family-owned apparel brand established 176 years ago, have launched a line of t-shirts that make sustainability affordable, desirable and mainstream as part of a circular economy. Her stylish, pink t-shirt is the first of two Cradle to Cradle Certified gold t-shirts on the planet, released by C&A earlier this year. Of the rigorous criteria the garment met to achieve the certification: It is made with non-toxic, biodegradable materials; it is designed for its next use, so it can be turned into any fibre cycle; and it was made using 100 percent renewables, in factories meeting high standards for social fairness.

And it’s selling for €9. Within four weeks of coming on the market, this product’s sell-through rates are equal to its highest selling products.

In addition to the t-shirt’s fibres, Hogue said sustainability is engrained into C&A’s moral fibre, as well. This, he said, has been one of the main driving forces for the company’s commitment and success in reaching its goals. C&A sold 1 million certified organic cotton products in 2005; that number climbed to 136 million organic cotton products by 2016; this helped the company to build a business case for sustainability and motivated the retailer to see how far it could go.

Being a family-run business, it had the innovation mindset but not the resources to invest in a leading R&D department. It uses the Fashion for Good platform - an initiative to drive circular innovation in the fashion industry - to showcase its work and find partners to collaborate with.

A study conducted after the first round of purchases found a 28 percent increase in the brand perception attributes such as quality and fashionability. Because the t-shirt was a high-quality, high-value garment, it increased recognition of the brand. Jeffrey pointed out that customers do care about how their product is produced, but she may not have the ability to ascertain all the details related to the details. It is up to brands to convey that in a simple, easily relatable message.

Now that C&A has successfully created this stellar product, it is doing one better by ‘giving away’ the recipe on how to produce it: Everything is available open source on the Fashion for Good website so that it can be taken forward by other brands.

As Hogue pointed out: “To have systemic change, other brands need to come along.”

Net Positive Strategies as a Driver of The Good Life 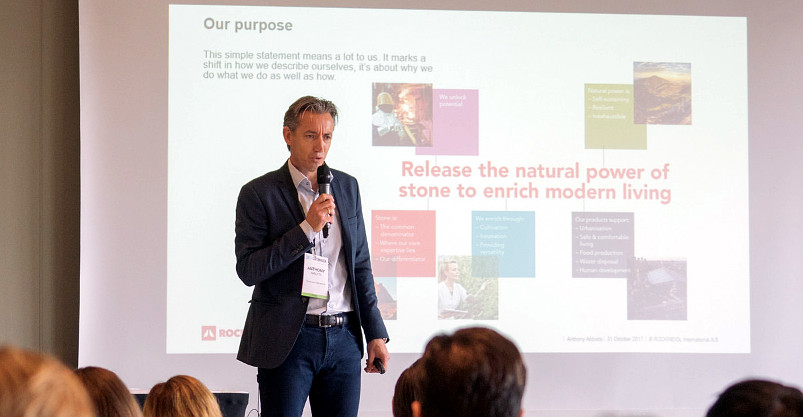 The concept of Net Positive (NP) business has been around for a while now, with mixed take-up. So, Sally Uren’s breakout session on the Future of Net Positive Strategies as Driver of The Good Life proved to be a welcome update on the subject. The Forum for the Future CEO gave a short overview of where the idea came from (former Kingfisher CEO Ian Cheshire’s pondering, “what if a business put back more into society and the environment than they take out?”)

Having celebrated its first year this summer, the Net Positive Project (which sees Forum working with BSR and Shine) is now looking to expand the group of businesses adopting NP principles beyond the existing 17. The principles are now in place, including materiality (focusing on what matters most); regeneration (creating positive self-replicating cycles in nature and society); systemic change (influencing change beyond an organisation’s four walls); and, transparency (sharing progress honestly).

“Net Positive is all about fostering mindset, behaviour and outcome shifts,” Uren said, before highlighting the good work of the likes of Levi Strauss, which is bringing the principles to life by encouraging transparency further along its supply base of cotton producers, for example.

Louise Koch from Dell and Anthony Abbotts from Copenhagen-based insulation business Rockwool International – two companies that have adopted Net Positive strategies – then offered brief updates on their respective progress. The IT giant has established a 2020 goal to ensure that the good coming from its technology will be ten times what it takes to create and use it. As such, it has decided to focus on the impacts achievable by the customers using its tech – from cloud computing eliminating the need for commuting, to boosting access to online education portals.

Meanwhile, Rockwool wants to “release the natural power of stone to enrich modern living” – and now needs to quantify just what positive impact stonewall is able to have on society.

“It doesn’t matter if you reduce your impacts in producing products if the products that come out the other end are not very good for people or planet,” Abbotts said, before explaining how the business is quantifying the climate benefits of Rockwool products for its technical insulation. In the lifetime of the technical insulation it sold in 2016, 1.1 billion tonnes of CO2 could potentially be saved during its lifetime.

She Had a Dream the Size of Wales

“I feel like a cuckoo in a nest,” said Jane Davidson – formerly Minister for Environment, Sustainability and Housing at the Welsh Assembly Government; and now academic – addressing a room full of business representatives. Now in her role at the University of Wales Trinity Saint David, she used her Day 2 plenary slot here in Copenhagen to explain how legislation has driven sustainability to the top of the agenda in her beloved home nation.

Giving delegates an insight into her early life – growing up in Africa and having her damascene moment at the Earth Summit in Rio in 1992 – Davidson proudly told of Wales’ journey to becoming the third-best recycler in the world and now possessing the legislative framework to take a leadership position.

“I wrote the Wellbeing of Future Generations Act 2015, which is the first piece of legislation in the world to deliver on the United Nations Sustainable Development Goals,” she said.

Now, it is time to take advantage of such progress. In a clear call to action, Davidson challenged the brands in the room to invest in Wales, a country that has “put its head above the parapet” and is doing its best to counter that ongoing lack of trust in governments.

Closing the Loop with The Plastic Bank 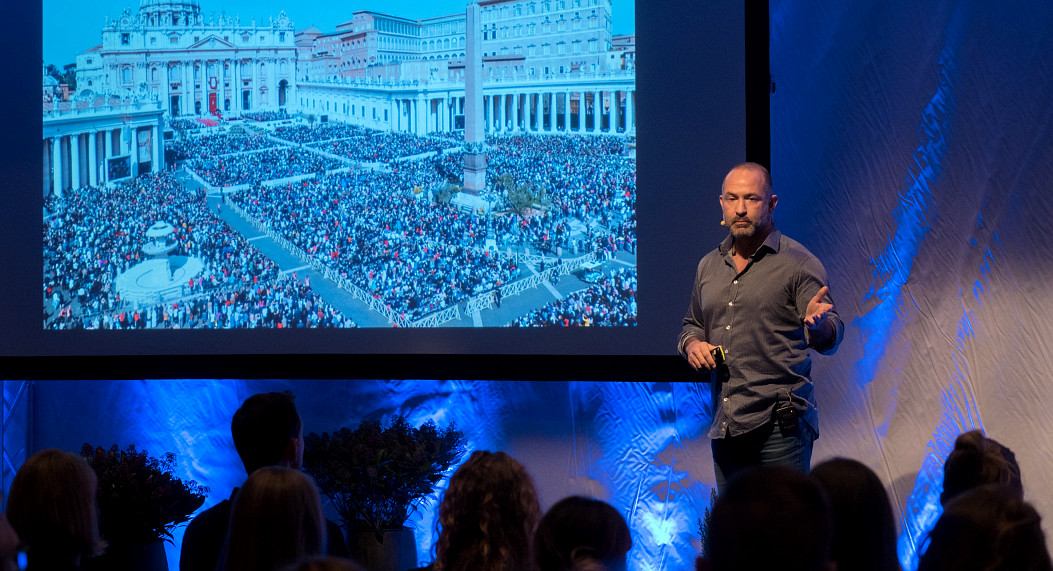 A garbage truck full of plastic is entering the ocean every minute. Imagine this as your kitchen sink overflowing with water. What do you do? Do you start mopping the floors or do you turn off the tap to stop the flooding? You turn off the tap, of course. This is the logic used by David Katz and The Plastic Bank: We need to prevent plastic from entering the oceans in the first place.

The Plastic Bank is working to close the loop on one of our most ubiquitous forms of waste by monetizing it. Instead of leaving the plastic in nature, people in third-world countries are incentivized to return their plastic to outlets run by The Plastic Bank, in return for anything from clean water, food, cooking fuel, sanitary equipment and even top-up minutes for their mobile phone. From there, the plastic will travel to a sorting location and be repurposed into new products, which will enter stores — where the loop begins anew.

The Plastic Bank also empowers the poor by giving them a sense of identity. In the accompanying app, plastic collectors can see how much plastic they have collected, how often they have delivered and the quality of their deliveries; the information can enable them to receive a credit rating and potentially take out a loan.

The Plastic Bank’s work is already impacting big corporations. Via blockchain technology, partners such as Shell, Henkel and IBM can trace their impacts. Shell uses the recycled plastic in special water bottles, each extracting one kg of plastic from the environment; Marks & Spencer now requires its suppliers to use “Social Plastic” in their plastic-based products.

Katz finished his keynote by saying: “It’s not the bottle, it’s us. It’s the way we view it – and that’s what we’re changing. We’re revealing value in something that always had value.”