The first national Black farmer co-op since the Reconstruction era is on a mission to revive and support Black farmers — which have dwindled to a mere 1.4% of farmers in the US — and cultivate a national network of growers of regeneratively farmed hemp.

In 2018, Angela Dawson and her husband, Harold Robinson, used all of their savings to launch a high-end organic pig farm in Minnesota. Dawson was confident in her business plan; but she needed another $50,000 for the specialized housing required for these hogs in order to secure a contract with a pork marketer. She applied for funding through the USDA’s socially disadvantaged farmers microloan program — and things seemed to be moving along until USDA personnel conducted a site visit, she said.

Suddenly, there were odd questions and comments: “We don’t understand this.” “What are you doing here?”

USDA denied her loan application, citing a 10-year-old student loan payment as the reason, Dawson said. Her credit report erroneously showed a late payment, but Dawson insists the loan was in deferment. The student loan servicing agency corrected the mistake, but her appeal was still denied.

“Not only did they deny me; it was just a really humiliating and dehumanizing experience,” Dawson says. “And I lost the pigs, and I lost the farm.”

She and her husband sold the property and started over on a much smaller farm nearby. Instead of specialty pigs, she began studying the market for hemp — which she believed could put her back in business. Her USDA loan denial, issued without the agency providing a clear path forward, still stung; but when she investigated how other farmers had successfully accessed USDA funding, she realized that her snub was not uncommon.

So, in 2019, she launched 40 Acre Co-op to help Black farmers cultivate hemp and change the historical narrative around Black farmers in the US.

“That’s why I started the cooperative: I don’t want to have to go through an agency, work with someone, and ask for help knowing that that person doesn’t want to help me,” Dawson said.

40 Acre bills itself as the first national Black farmer co-op since the Reconstruction era, aimed at supporting what has become an endangered species. In 1920, there were roughly 925,000 Black farmers in the United States, representing 14 percent of all farmers; but their numbers have since nosedived to roughly 49,000 (1.4 percent). Many blame systemic racism — including a lack of access to capital and training and laws that have made it difficult to pass farmland down to heirs — for the losses.

40 Acre Co-op represented “the rebirth of my farming dreams” for Dawson, whose farming roots go back several generations. The co-op currently operates in seven states with 34 farmer members, five investor members, and a waitlist with more than 320 applicants. For an initial $500 membership fee, investors receive equity rights — where they can invest in the co-op and receive earnings. For the same fee, farmer members receive voting rights, equity rights, training, hemp seeds that have been developed by the co-op, a custom growing plan, and the option for the co-op to buy their hemp crops.

Once farmers apply, they receive a needs assessment. Some specifically want training, which covers the fundamentals for a successful growing season; or financial workshops, which include support from a mental health professional to address the financial trauma many Black farmers experience when struggling to access public and private capital.

There was much excitement around hemp in 2019 when Dawson launched the co-op. That year, there were roughly 580,000 outdoor licensed acres, according to industry data provider Hemp Benchmarks, but that dramatically declined to 107,000 in 2021 — nearly an 82 percent drop.

“There was a time where there was a rush to grow hemp, and the market was oversaturated,” Dawson said. “One of the things that kept us going was that we developed our own cultivar, which set us apart from other growers. There was also a large dip in quality.”

She noted that if co-op members want to sell their crops to the co-op, which will find a market for it, they must meet the co-op’s quality standards and use regenerative farming practices — which do not allow the use of synthetic pesticides and require a soil test to detect the presence of heavy metals and pesticides. In addition to the co-op’s cultivar and high-quality hemp, Dawson believes that its unique mission to support Black farmers is also a key differentiator.

Following pilot crops in 2019 and 2020, 2021 was the co-op’s first official year as a wholesale and retail operation. Dawson says 40 Acre had a successful growing season, with its on-site farm and members producing about 1,000 pounds of high-quality organic hemp for use in CBD, grain and fiber products. Through its online market, the co-op sells products like CBD muscle balm, bath bombs, and hair and body oil. The co-op also recently secured its first commercial relationship with Evo Hemp — a hemp nutrition company based in Colorado.

40 Acre Co-op farmer members typically also manage livestock and grow other crops including herbs, spices and fruit. For example, co-op member Dr. Latresia Wilson raises grass-fed cattle outside Ocala, Florida. Wilson, an emergency room physician and former nuclear engineer, is also VP of the Black Farmers and Agriculturalists Association’s chapter in Florida, where she received her hemp-growing license in 2020. She joined the co-op in 2021 to learn about its training and education, which she hoped to share with her own farmer members. She was particularly interested in potential buying opportunities to ensure there is a market for her hemp crops before planting.

“With hemp farming, the biggest issue is having a buyer at the end of all this,” Wilson said. “Those are the types of collaborations that I think Angela is able to bring, and the marketing skills from her co-op are superb.”

Wilson didn’t grow hemp in Florida in 2021 due to weather-related issues; but she successfully grew hemp with some farmers further north in Georgia. Based on that experience and her co-op membership, she learned that the best way for her to grow hemp is in a controlled environment; so, Wilson says she plans to grow a small, presold crop this year using hoop houses.

To supplement its training opportunities, 40 Acre partnered last year with Charlotte’s Web — a pioneer in the CBD extract space — for a mentoring program and ideas exchange around hemp cultivation, genetics, marketing and finance. Dawson is also exploring ways to work with hemp growers in Indigenous communities, and her co-op model is being replicated in other regions.

But there is still much work to be done. Hemp farmers face ongoing issues with banking, because their accounts may be frozen if the bank incorrectly suspects illegal activity. The co-op also aims to further support women of color in the business who must contend with the double-whammy of racism and sexism.

As the hemp market right-sizes, prices are starting to stabilize, Dawson says. She predicts more changes in the next 24 months, especially if the US Food and Drug Administration were to allow the use of CBD as a food product or dietary supplement. She also feels a sense of cautious optimism about the USDA — she was nominated to be on the USDA’s equity commission, although she wasn’t selected; and she and other Black farmers have received calls from the agency for surveys related to hemp production and the farm bill.

“I’m continuing to hear more about the USDA,” Dawson said, “and it feels like they’re trying to make some changes. … At least it seems like questions are being asked for the first time in my farming history — and in my family’s farming history — about ways that the USDA can better improve its relationship with socially disadvantaged farmers.” 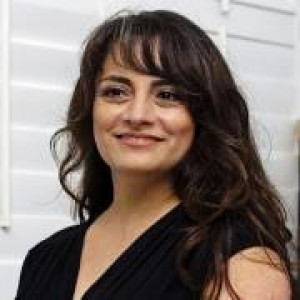 Tilde Herrera is a San Francisco-based writer and editor who covers business, food and sustainability.