GoParity — an innovative investment platform that finances sustainable projects through crowdlending — has enabled the villagers of fire-ravaged Belver, Portugal to expedite access to much-needed recovery funds and quickly begin reforesting.

In 2017, Belver — a tiny village in Portugal — was devastated by two wildfires that destroyed 85 percent of the surrounding forest area. Although the area was approved for relief funding by the European Union, the funds would not cover the full amount of the project costs; and the speed providing the funds did not match the urgency of the crisis.

Enter GoParity — an innovative investment platform that finances sustainable projects through crowdlending, and provides financial returns alongside significant social and environmental impacts aligned with the UN Sustainable Development Goals. Through the GoParity platform, the local villagers were able to expedite access to funds (€400,000) and quickly begin reforesting. The project is now funded to reforest approximately 600 hectares — which, once complete, will absorb an estimated 5,940 tons of CO2 per year (according to GoParity) while generating sustainable revenue for local community members and financial returns for investors.

Since its launch, GoParity has funded small, sustainable ventures throughout Portugal; as well as projects in Colombia, Peru and Uganda.

We connected with GoParity CEO and co-founder Nuno Brito Jorge to discuss this project and how GoParity fosters sustainable impacts through innovative finance mechanisms.

Tell me about your journey founding GoParity. What were the first steps, and the main barriers?

Nuno Brito Jorge: By training, I am an environmental engineer. After working in several countries and traveling through South America, I returned to Portugal to work for a large energy utility. At this point, I had to choose a bank. However, at the time, there was no such thing as an ethical bank in Portugal. I ended up going with the bank that was the most owned by local money. However, I started talking with some friends who were also knowledgeable about solar power and we decided that — instead of putting our money in the bank — let's invest in one small solar project; we can make some money and know that our money is being used for good. Finally, I convinced my stepmother to rent us the rooftop of her small hotel in the southern part of Portugal; but we didn't have enough money between us — so we began asking friends and family who wanted to invest in this project, and we will pay them back with interest. After seeing how fast we funded the project, I began thinking: Maybe there is a business model around this.

When we started (2012), there was no [crowdlending] framework in Portugal. We started GoParity in 2017; the framework only came out in 2016. We organized around solar power and started a renewable energy co-operative until we were finally able to start GoParity. Another barrier was that it was something new, so there was an issue of trust. Even though we provide assets as collateral and other sorts of assurances, it is not 100 percent guaranteed capital. Another issue was that there used to be a labyrinth of different frameworks across Europe; but finally, from November 2021 on, we will have one framework for Europe. Finally, there is a lack of fiscal incentives — especially in Portugal, but also (besides countries such as France) in Europe as a whole.

Tell me about these unprecedented wildfires and how they effected the local community.

NBJ: 57 people died. In terms of fires, we have not had a disaster like this in Portugal for a very long time. There were some mistakes by civil protection — they led people to a road that was blocked by fires; and when they came back, the [other direction] was blocked by fires, as well. They were trapped.

A fire of this proportion is also a signal that we were not paying enough attention to Mother Earth and how we relate to forests. That is what this project is about now: It’s about engaging people, rebuilding the forest, and sustainably managing it — using native species, regenerating the soil, and implementing productive agroforestry.

How did the locals get this started? When did things build momentum? How did GoParity get involved?

NBJ: 130 small landowners got together; started an association; and applied for European funding for reforestation, with a focus on agroforestry and regeneration. However, the thing with European funding is that the money comes in very slowly and it never covers the full amount of what the project needs. The landowners heard of us; of course, we were interested, so they started a campaign with us for the first €50,000 and got funded in about two hours. Since then, they have successfully completed a second and a third campaign.

While the environmental and social value of reforestation is clear, how does GoParity assess such projects from a financial lens? How do these projects generate returns and mitigate financial risk?

NBJ: In this case, the reforestation project is simple — we looked at their business plan and their expected revenue. This project has very low risk for this loan because it is being funded by the European Union; we are providing loans to anticipate the payments by the EU. This case is essentially bridge financing. The usual process involves financial due diligence, we look at the company's financials, then we look at the project's financials — i.e. is the project profitable? Will it generate enough income to pay our investors? — and then we do impact due diligence to validate the impact. Then there are other risk mitigation measures, such as deposits and collateral. For this project, revenue will come from wood, livestock and agroforestry.

What is the status of the project now? What is left to be done?

NBJ: To date, 90 hectares have been cleaned and prepared for plantation and, from these, 22 hectares have been planted with 6,000 native trees (such as cork tree, arbutus and pine tree). The goal is 600 hectares. They have also recently sent a video of goats grazing to clean the soil. 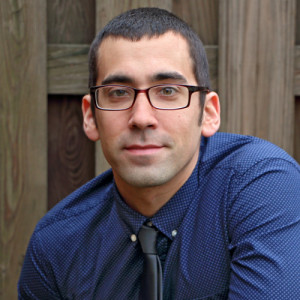