Al Iannuzzi
Published 4 years ago. About a 4 minute read.

I had the good fortune recently to sit next to Richard Liroff at a dinner — what I learned made me very thankful. He is retiring after over 45 years of serving the environment, and hearing his story made me think that we all could benefit from remembering where we came from and being grateful for those who made it their mission to save the environment for future generations.

For those of you who have never studied what it was like pre-Earth Day in 1970 and how we benefit from what has transpired since then — let me share a little story. It was 1969 and Richard was on his way to Northwestern University to pursue a political science Ph.D. focused on African Studies. As he passed through Gary, Indiana, he saw a red sky due to uncontrolled air pollution from the steel industry. It reminded him of horrendous environmental catastrophes such as the Cuyahoga River in Cleveland, Ohio catching fire in June of that year — yes, a river on fire.

After working for some smaller NGOs, he landed at perhaps the best known environmental organization in the world, the World Wildlife Fund. One of his roles was to study pollutants and their effects in the Great Lakes. While looking for talent to help with his project, he hired someone for the project who shared his concerns — a person by the name of Theo Colborn — which was an important part of her journey as a sustainability hero.

Drawing on the impacts Great Lakes scientists were associating with chemical exposures, Colborn subsequently coauthored a seminal book, Our Stolen Future, about the impact of a suite of chemicals that, through her efforts, came to be known as endocrine disruptors. Colborn’s work has prompted the enactment of new laws around the world and redirected the research of academicians, governments and the private sector on the effects of endocrine-disrupting chemicals, which undermine the development and programming of children’s organs.

While thinking about ways to make an even bigger impact, Richard came up with the idea of influencing major companies through investor proxies. This became one of the most effective ways to move a corporation to address environmental issues. Eventually he developed the Investor Environmental Health Network (IEHN) — a nonprofit that through dialogue and shareholder resolutions encourages companies to adopt policies and practices that reduce and eliminate the hazardous chemicals in their products. Operating with financial support from like-minded investors and foundations, IEHN got to work influencing Whole Foods Markets in 2005 to be one of the first to remove BPA-containing baby bottles from its stores; and encouraging McDonald’s to work with its potato suppliers to promote new practices that reduce environmental and health impacts from pesticides. Retailers including Sears, Target and others were persuaded to move away from selling PVC shower curtains. And a shareholder resolution led CVS to develop a safe cosmetics policy years before these became common among major retailers.

Liroff’s work has opened the eyes of many to the possibility of making the world a better place in new ways. Endocrine disrupters are now a known hazard and governments around the world have developed regulations protecting some of the most vulnerable populations. He also helped open the door for more constructive conversations between environmental health advocates and the business world to spur tremendous environmental improvements by some of the world’s largest companies.

So, let’s be thankful for all of the sustainability heroes that have gone before us and left us with a much cleaner environment, which we are privileged to steward. There still is a lot of work to do, but we salute you, Richard, and wish you well — and we commit to helping to see your vision of businesses doing well by doing good come to fruition. 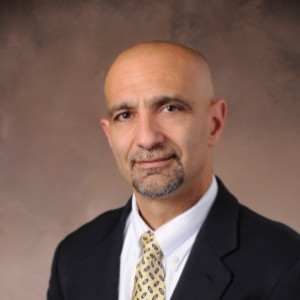