Matthew Yeomans
Published 7 years ago. About a 3 minute read.

Reputation, in a world where social media is the mainstream, can no longer be seen as just a “hygiene” issue where corporate comms and PR agencies handle a few annoying but easily identifiable stakeholders. Instead, when the whole online world can see and comment on your dirty laundry, reputation actually becomes a fundamental part of sustainability. Not least because, all too often, a corporate transgression has a direct effect on the wellbeing of customers, greater society or the planet.

This month alone, companies as diverse as UK travel operator Thomas Cook, United Arab Emirates’ telecom Etisalat and Canada’s BC Ferries have found themselves caught up in social media storms either because of the way they have treated customers or because of short-sighted marketing campaigns that backfired when the public started having their say.

In many cases, the pitfalls companies tumble into are organizational. There continue to be many examples of companies delegating Twitter, Facebook and Instagram management to junior employees or to external PR and digital agencies without the checks and balances you would expect in a professional communication structure. Other mistakes occur because of a lack of digital literacy or appreciation of the power of technological disruption. The companies that dismissed the importance of blogging back in 2006 aren’t that removed from the companies of today that assume Vine can’t pose a reputational risk because its users are “just a bunch of kids.” In both cases, there’s the similar underlying risk of underestimating the power of a platform just because you don’t use it.

So, whether it’s Motrin underestimating the power of a new connected online movement (in its case, moms) or Chevy Tahoe failing to see that crowdsourcing gives the public the power to define your brand, or Starbucks’ well-intentioned campaign that instead created a social media firestorm, the lessons for better reputation management when things go wrong are clear.

A version of this post first ran on Inc. 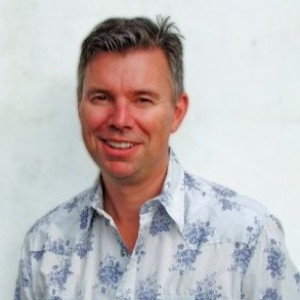 Matthew Yeomans is the founder of Sustainly, a media business providing companies and agencies the information they need to deliver authentic and creative sustainability content. He is the author of the annual Social Media Sustainability Index.