Stephanie Bertels
Published 6 years ago. About a 5 minute read.

Early on in the Embedding Project, one topic came up more than any other: storytelling. While many companies are experimenting with sharing stories about sustainability as a way to shape their cultures, we also heard that their attempts to do this sometimes fell flat. It turns out that leveraging storytelling to help employees arrive at their own learning moments about sustainability takes some planning. Over a two-year period, we worked with companies, reviewed research, and interviewed storytellers in a range of roles. Here’s some of what we learned.

Back in high school, we all learned that stories generally follow an arc (left), where a main character is presented with a challenge, makes a choice, and his or her actions yield an outcome (which often provides the moral or lesson). But all too often, corporate storytelling for sustainability highlights the challenge and jumps straight to the outcome: We faced this challenge (waste reduction, solving a community issue, etc) and here's the great solution that we came up with. What they often forget to do is to talk about key choices that needed to be made along the way that paved the way for that great new outcome.

What we've been seeing is that if you want to really make something sticky, it’s about articulating the choices that were made along the way, and it's that articulation of a pattern of decision-making that really starts to bake that it in for people.

These ideas were echoed in a recent conversation with Evan Smith, President & CEO at Hypertherm, a U.S. company that designs and manufactures metal-cutting systems for a wide variety of industrial applications:

“Hypertherm was started in 1968, so approaching fifty years. You really have these legends that build up over time about the values of the organization and how they were demonstrated. For instance, we have a no-lay-off policy at Hypertherm, and there are core legends around that. When I first arrived in 1992, I was still hearing stories about the 1981 recession when other companies were laying-off employees. But at Hypertherm, Dick Couch shortened the work week to four days but still paid for five, even at some risk to the survivability of the company. That was a key legend.

I think there are a lot of other, smaller stories that we've been telling that reinforce this. There’s Dave, who regularly volunteers at the local medical center supporting families with children under care. Hypertherm provides the flexibility and the paid time to support that, and other associates also support his efforts. … I think stories like those have become a small collection of legends that really support and reinforce who we are and what we stand for, much more than words on a piece of paper mounted on the wall.”

As Smith explains, stories surface in everyday conversations and have the potential to spread throughout an organization, emerging as organizational narratives. These storylines capture the essence of people’s day-to-day experiences and tell us about the types of choices and actions that are valued. These dominant narratives shape employees’ choices because people tend to make choices that they see as being consistent with these core narratives.

In a recent conversation, Sir Mark Moody-Stuart, Chairman of the Global Compact Foundation, reflected on his time as CEO and Chairman at Shell and how stories shaped what managers saw as permissible or not:

“If you said to someone in 1994, what are Shell's business principles, they would give a rather simplified version which said, ‘We don't bribe people and we don't get mixed up in politics.’ They could say, ‘We don't bribe people.’ Because they had heard stories where contracts had been lost or something that happened - that plainly was where values beat profit. Therefore, they could say it with confidence.

“That would be one thing, one practice I think that you have to do in companies. You need examples where you're giving credit to people who refused to bribe or stopped an operation because they thought there was a good chance someone was going to get hurt or there was potential for a spill. You need that kind of demonstrative penetration of values.”

As Moody-Stuart illustrates, for change to happen, people need to see a different set of choices available to them. Employees begin to perceive the availability of these new choices as examples surface in the stories that are told in everyday conversations. As this different pattern of choices emerges, different narratives begin to take shape and lay the foundation for others to also make different choices.

Think about how you could be helping people in your organization to see an evolving pattern of choices. How could you actively surface the choices made by senior leaders and fellow employees in a way that connects sustainability to the existing organizational narrative or even forges a new narrative around sustainability?

The Embedding Project is a community of sustainability change agents and researchers from around the world harnessing their collective knowledge to develop rigorous but practical guidance that benefits everyone. For more ideas on effective storytelling, consult our free guidebook on “Storytelling for Sustainability.” 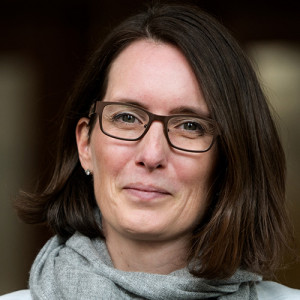