As you gather tools to help you and your team get your heads around our current and future reality, DBS&C gives teams new insights into themselves and helps renew focus on your company’s collective purpose.

This year, we’ve been presented with global tides of WTF-titude. Our new realities are turning our minds upside down and inside out. Insight into what works and what’s right — and what doesn’t and most certainly isn’t — are so fast-moving they’ve become a blur to many.

The pandemic, of course, is responsible for the lurch to warp speed. Never before have we experienced such a mind-tearing acceleration in the rate of change. But we also know that COVID-19 is a catalyst, not the underlying cause. That’s just the general state of the world.

So, as a leader of an organisation, what to do?

Firstly, let’s accept that there is no singular new normal — there’s going to be a constant stream of them. In our post-COVID unreality, we’ll always be needing to re-make our understanding of the universe — comprehending the latest twist within days, not over years.

Most importantly, we’ll also need to make sense-making into a collective experience again.

The InstaFaceTwitTok consortium continues to demonstrate how easily post-fact-based opinions can be polarised, entrenched and aggressively set against each other. Yet any organisation you lead is only as good as the extent to which it can not only resist such trends but move stridently in the opposite direction. The degree to which a single-minded purpose is embedded into the beliefs and behaviours of all your colleagues is a remarkable predictor of your organisation’s future performance.

But you know this already. In fact, you’re probably gathering a bunch of tools to help you mend shattered realities and renew focus on your collective purpose.

So, whilst you’re at it, take a look at our new tool: Dreamers, Believers, Soldiers & Cynics (DBS&C). Not only is it an all-in-one option, all you need to do to start feeling its impact is get your people onto some Zoom calls. What they get is a welcome respite from screen intensity and the chance to explore some genuinely engaging thoughts. They then leave with insight a-plenty into themselves, as well as how they — and their colleagues — view the organisation.

All of which is wrapped up with a new and useful thought model to help make sense of the future together as it occurs.

Once everyone’s had a go, you’ll receive a quantitative and qualitative report into the organisation’s culture and collective psychology, with five to ten high-impact and actionable recommendations.

Which is entirely positive. But can something that starts so simple burn away and be genuinely transformative?  Well, let’s take the example of one mid-size City firm, let’s call them IR.

IR’s CEO, let’s call him Glen, was in somewhat of a bind. Growth had stalled and was starting to tip backwards. Yet the market sector — the one IR had created — was expanding rapidly. No one internally could agree how to respond. Without a shared purpose, vision or ambition, new initiatives were started begrudgingly and delivery was rarely nailed. Confidence was dwindling and motivation was ebbing. Key players were openly discussing exit strategies.

Being stuck managing decline had started to feel like an inevitable outcome for Glen.

So, the board authorised more marketing spend as a final throw of the dice. And DBS&C was used to establish consensus before it all began.

Within a week, the DBS&C reports were registering that Cynics had cultural control of the business.

Stuffed full of incredibly high intellects who could see every possible downside to change, IR was being held hostage by the clever cool kids — so much so that those who believed in the business were pitied. Dreamers with big ideas for the future were seen as addled and deluded. And everyone other than the influential Cynics knew they had to operate in Soldier mode — putting their heads down to crack on with systemised tasks and processes, but no questions or variation.

The ability to rationally pick apart any enthusiasm for a new idea had killed IR’s creativity and ability to innovate. Whilst conscientiousness was sky high and dedicated people were working very hard, levels of neuroticism were unhealthy and openness only existed to the extent that it related to criticism.

And yet, when each group discussed the underlying purpose of the business, everyone fell into agreement. Everyone wanted to make the capital markets a more efficient and effective economic tool. That felt like noble work and what IR, at its best, could achieve.

No one at the company had ever expressed its purpose in these terms before. But the discussions and follow-up presentations quickly created a shared sense of purpose. And once that consensus had taken hold culturally — and as Cynics understood they were strangling something they held so dear — the floodgates opened.

Strategic thought came back into vogue. New products were invented. Entire new markets were created. And the will to do whatever it takes to own these new markets was cemented.

A year on and IR is a very different place, as is its culture and balance sheet. Competitors are crashing while IR has grown on every metric, even throughout the pandemic — because Dreamers are allowed to dream; Believers have permission to inspire and lead; everyone’s still a conscientious Soldier, stuff gets done and Cynics are listened to. But the future is no longer a hostile landscape.

In fact, you get the sense that a dramatic doubling of the business — once impossible to conceive — is a matter of months away.

Of course, much is responsible for this transformation. But DBS&C was the catalyst, without which IR’s path might have taken a decidedly darker turn.

Julian Borra is a creative writer and strategist, based in London. 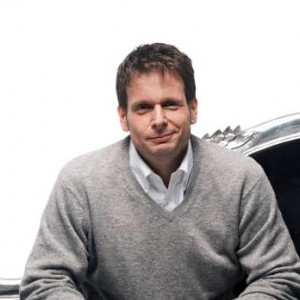 Scott Wilkinson is an entrepreneur, consultant and thinker fascinated by culture, society, technology and the patterns that emerge from them to shape the future.