Product, Service & Design Innovation
Consumers Believe Brands Can Have Positive Impact but Are Failing to Do So

Jo Confino
Published 9 years ago. About a 5 minute read.

For all the talk about how important brands are in people's lives, the evidence points firmly in the other direction.

New research by Havas Media Group, which surveyed 134,000 people around the world, shows that consumers would not care less if 73% of brands were wiped off the face of the earth and that only a fifth of brands notably improve people's quality of life.

Go into the detail of the study, which was officially released this week, and you see that it is only the excitement of new consumers in the developing world that prevent the figures from looking a lot worse.

Take cynical Europeans, for example, who believe that only 5% of brands make their lives notably better and wouldn't be bothered if 93% of brands disappeared entirely. American consumers are only slightly more generous.

The billions of pounds spent annually on building a relationship with customers doesn't seem to be working its magic either, with just a fifth of western Europeans and a quarter of Americans believing that brands communicate honestly about their commitments and promises. This rises to 36% in Latin America and just over half in Asia.

Perhaps a more interesting aspect of the research is that consumers do believe brands have the ability to play a role in improving their quality of life and wellbeing. Half of respondents in western Europe and 58% in America agreed.

Amy du Pon, head of strategic planning at Havas, said during a Research Roundtable at the Sustainable Brands conference last week in San Diego: "In an age of transparency and empowerment, brands are not meeting people's requirements. People expect large companies to be involved in social problems and their quality of life but companies are not delivering on this new social contract. Two-for-one promotions aimed at trying to keep loyalty cannot last over the medium term."

Suggesting that responsibility makes business sense, the Havas research shows that those brands that customers do believe play a positive role in society outperformed the main stock markets by 120%. More than half of the top 10 performers in its index of more than 700 brands are in the technology sector.

Tom LaForge, global director of human and cultural insights at Coca-Cola, said the research showed that brands have failed to align themselves with changes in society. He said those brands that succeed in the future will be ones that focus on "improving the individual's wellbeing but also that of others."

He added: "The idea of brand is being changed, as a brand is a human concept that does not really exist. We are now so interconnected and reliant on each other and we need to see that companies care for other people."

Raphael Bemporad, co-founder of brand consultancy BBMG, in New York, told delegates that companies had for the past 15 years made the monumental mistake of trying to find "green" consumers, who have never made up more than 15% of the market and tend not to trust large companies or have a desire to buy more products.

Where he believes companies can make a big impact on scaling sustainable behaviour is by working with "style and social status-seeking aspirationals" who represent 37% of the global marketplace and who are seeking to reconcile their desire for shopping and style with responsibility to the environment and society through their purchases.

"They love to shop, are influenced by brands, yet aspire to be sustainable in their purchases and actions," he said. "This consumer segment represents a significant opportunity for forward-looking brands to unite consumerism with social and environmental values. They are shapers of culture and very well networked and 38% say they will share or borrow products."

Bemporad also said it is important to understand that consumers are stuck in dualistic thinking; two-thirds recognise the need to consume less but virtually the same percentage say shopping for new products makes them feel happy.

The issue of the dilemmas faced by consumers was also raised by Renee Lertzman, a psychosocial researcher from Portland, Oregon. She said too many companies are trying to change consumer behaviour through persuasion, rather than trying to get to the bottom of the confusion they face.

"How do we get people to change behaviour is the wrong question," she said. "More important is how we can understand better and access levels of people's dilemmas and contradictions."

"There is an assumption that we are self-aware and rational and act on our deepest values and beliefs and we are transparent, but these are fictions. With polls and surveys, you are assuming that what you are getting is a really good shot but you are not. These issues are more complex."

She added: "We are unconscious, we tell stories, we are conflicted, we have competing desires and drives, we are confused, we have ambivalence — such as feeling I want to fly and go on holiday but also feeling deeply upset and anxious about the environment. ... We need to soften and disarm the defences that can impede research work. The more we feel we are being heard, the more we can be honest.

"It's not that people don't care but they feel overwhelmed and confused. People are consuming to feel better and anxiety leads to a rebound effect, which creates a further spike in consumption as people don't want to deal with the problems."

This post first appeared on The Guardian Sustainable Living Hub on June 4, 2013. 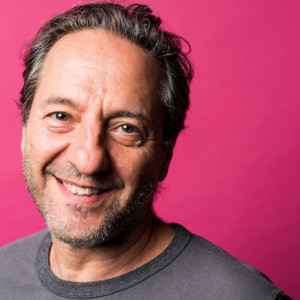 Jo Confino is an executive coach, facilitator, journalist, sustainability expert and Zen mindfulness practitioner. He works at the intersection of personal transformation and systems change; working with organizations including Leaders’ Quest, Future Stewards and the United Nations Development Programme. He is on the board of advisors for The Climate School, as well as Force of Nature — a youth climate activist organization. He is also a trustee of Theatre for a Change, whose purpose is the empowerment of women and girls, particularly in their sexual and reproductive health. Jo has worked closely for the past 14 years with Zen Master Thich Nhat Hanh and his monastic community in Plum Village, France and is ordained as a member of the Order of Interbeing. He is also chair of the board of Parallax Press, which publishes books on mindfulness in daily life. From 2015 to 2021, Jo was executive editor of Impact & Innovation and Editorial Director of What’s Working at HuffPost. Prior to that, he spent 22 years at the Guardian — serving as Executive Editor and chair/editorial director of Guardian Sustainable Business.