Published 3 years ago. About a 5 minute read.
Image: Robert Shunev

A new report says crop diversification will help Vietnamese coffee farmers reduce their CO2 footprint, but makers of a new beverage that’s the molecular equivalent of coffee posit that it could be the wave of a climate-changed future. 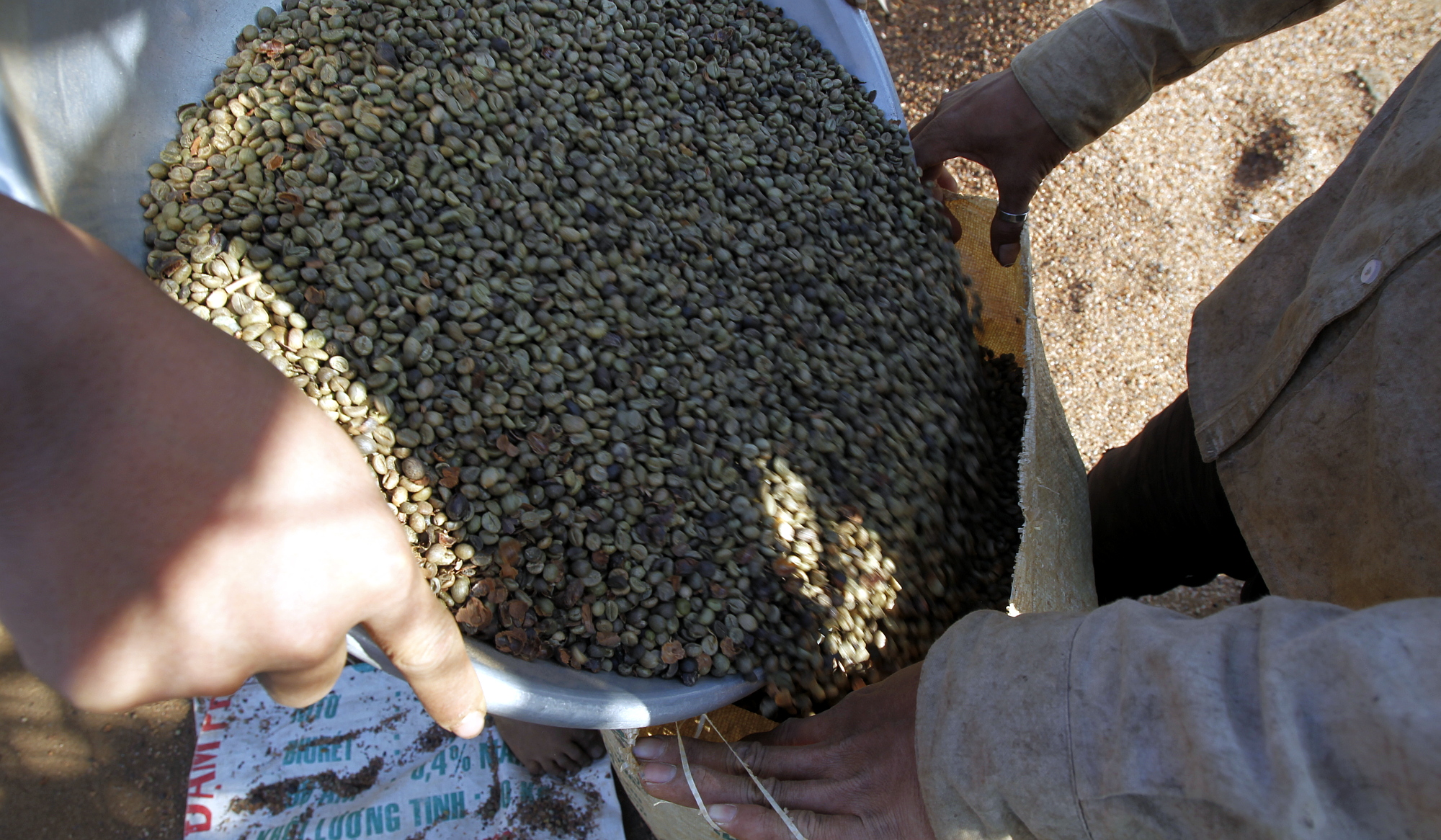 A new report outlines how coffee farmers in Vietnam, the second-largest producer of coffee in the world, can reduce their carbon (CO2) footprint by growing different plant species alongside coffee.

The study, Source or sink? The carbon footprint of Vietnam robusta coffee, is based on research from IDH, The Sustainable Trade Initiative; compiled by Agri-Logic; and based on the work of coffee traders JDE Coffee, Lavazza, Olam and Acom.

IDH recommends farmers to use a diversification model with a non-coffee plant canopy density of at least 30 percent; this will maintain the annual production of coffee at three tons per hectare. Pepper, durian and avocado plants were found to be the most suitable for intercropping at this density. Together with improved fertilizer and water use, this diversification could significantly reduce the impact of coffee production on climate change (which then ravages coffee and other crops). Farmers can also broaden the range of income sources available to them, increasing their climate resilience.

The findings come amidst reports that coffee production around the world is in trouble: A recent study in Science magazine projects that 60 percent of the world’s coffee species are in danger of going extinct in the next 50 years — due to climate change, population expansion and disease; and the Vietnam Coffee and Cacao Association released a report earlier this month that predicts severe droughts could considerably reduce the country's coffee output this year.

Daan Wensing, Director of Global Landscapes at IDH, said: “Climate change is a threat that requires urgently rethinking the farming systems in which coffee is produced. This research brings hope that communities and coffee farmers can become more climate-resilient, and our coffee more sustainable. Together with more efficient fertilizer and water use, diversification can be at the forefront of efforts to make coffee production carbon positive.”

Coffee production has a huge economic benefit for the Central Highlands region of Vietnam, where 95 percent of its coffee is produced. At the same time, it is a source of carbon emissions through significant use of fertilizer, water and energy.

The report found that monocrop coffee farms are net sources of carbon, releasing 0.37 metric tons of CO2 from the atmosphere per year per metric ton of coffee produced.

Conversely, diversified coffee farms are carbon sinks, removing 0.16 metric tons of CO2 from the atmosphere per year per metric ton of coffee produced. Growing pepper, durian, avocado and other crops alongside coffee creates more biomass, sequestering more CO2 than is generated through production.

Of the small number of monocrop farms that did sequester CO2, more efficient use of fertilizer (the leading driver of carbon emissions in coffee farming) was found to be the reason.

The research spanned two years and analysed the carbon footprint of robusta coffee production on 300 farms in the Central Highlands provinces of Lam Dong and Dak Lak.

Through the Initiative Sustainable Landscapes (ISLA) in Vietnam, IDH works with local and national governments, private companies and smallholder farmers to support coffee producers in the Central Highlands in reducing their carbon footprint, maximize water and fertilizer use and to adapt to climate change. Wensing concluded:

“Diversification is a growing concept in Vietnam. As more farmers adopt this and other agroforestry methods, the number of farms that serve as carbon sinks will grow, becoming crucial drivers of both climate mitigation and resilience.” 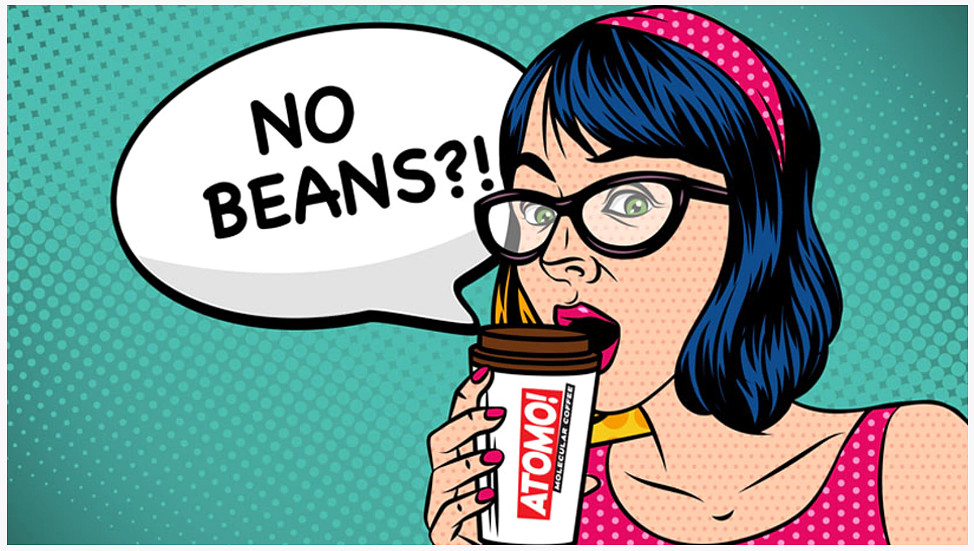 Meanwhile, a scrappy Seattle startup called Atomo thinks it has another way to save the coffee industry from the ravages of climate change — by “hacking the coffee bean.” The group of food scientists, biochemists and entrepreneurs asserts that they have reverse engineered the coffee bean, completely removing it from the coffee-making process in favor of a molecular concoction derived from sustainable (and as of now, secret) ingredients to create “a better cup of coffee.”

The result? A naturally derived and sustainable brew with the same caffeine you’d expect from coffee and no harsh acid or bitterness (though a request for even a hint as to the nature/origin of these "sustainable" ingredients was fruitless, as of press time).

“I love coffee, but every day I was adding cream and sugar to mask coffee’s bitter flavor,” he said. “By replicating the taste, aroma and mouthfeel of coffee, we’ve designed a better-tasting coffee that’s also better for the environment.”

Molecular coffee is accessible to all

Better for coffee drinkers and the environment

Atomo points to the aforementioned Science study predicting the demise of most of our coffee species, and the fact that forests are being cleared every day to make room for new coffee plantations. The company asserts that its new brew is produced without the need for deforestation, pesticides or any other environmentally impactful practices, and contains none of the harmful carcinogens that develop during the coffee-roasting process.

“We believe we have a moral obligation to stop harmful coffee farming practices, but none of us want to stop drinking coffee.” said co-founder and CEO Andy Kleitsch. “Atomo’s technology can halt the need for further deforestation by reducing the demand for coffee beans.”

Atomo has already put its molecular brew to the taste test, putting it head to head with another famous Seattle brand:

Earlier this month, Atomo raised more than double its $10,000 goal on Kickstarter; Atomo is scheduled for commercial release in Q4 2019.