Product, Service & Design Innovation
E-Commerce Companies Can Be Guardians of the Environment

At Thrive Market, as we’ve neutralized our shipping footprint, brought our fulfillment centers to zero waste, and removed 90% of virgin plastic from our packaging, we’ve learned some surprising lessons.

Over the past ten years, e-commerce has transformed the way most of us get our stuff. You can see the proof in the empty storefronts in major cities and small towns, or in the increased time we spend glued to our computers and mobile phones — or perhaps most clearly these days, in the stacks of boxes sitting outside millions of US families’ homes.

Without a doubt, these boxes represent a major victory for convenience, one of the three values in Amazon’s “Holy Trinity” of retail (the other two are price and assortment). But they are also a perilous reminder that most companies in the race for faster shipping haven’t begun to incorporate a value that ultimately has much higher stakes — our planet.

Planet Earth is on fire, as Bill Nye so passionately shared, recently. The US generates close to 500 billion pounds of garbage each year, which is trucked to one of 10,000 landfills across the country. On a global scale, the World Wildlife Fund reports that since the 1970s, several factors — including food product and habitat loss — have contributed to depleting 30 percent of global resources and nearly 60 percent of animal populations.

At my e-commerce company, Thrive Market, where we sell healthy and sustainable products at 25-50 percent off retail, we ship more than 100,000 products to members all over the country every day. Given these numbers, you’d think we’d be right there with Amazon and other e-comm behemoths that are part of the problem. But there is a key difference ...

As a social enterprise, we made the decision on day one to look at our operations through two lenses: what’s best for our customers and what’s right for the planet.

Over the last five years, we’ve built programs to fully neutralize our carbon footprint from shipping, reduce our net waste to zero across our fulfillment centers, and remove 90 percent of virgin plastic from our packaging. Along the way, we’ve learned a lot — and not always lessons you might expect.

The first has been how much our customers value our values. When we first started buying offsets to neutralize our carbon footprint, it wasn’t something we talked about much. We did it because it was the right thing and because when we did the research, we found out it was, actually, surprisingly inexpensive.

Yet when we did mention it publicly — on social media, on our blog, in emails — we discovered that members engaged like crazy. Over time, that engagement has only increased, and we’ve seen the same for our other environmental initiatives. Today, content and communications about these projects are consistently some of our most effective pieces of brand marketing

The second thing we’ve learned is that environmental stewardship is deeply important to our employees. As a business, your customers see some of what you do, but your employees see all of it — the good, the bad and the ugly. Anyone who has been inside an e-commerce fulfillment center can tell you there are few things uglier than the stacks of discarded cardboard and plastic (and that’s just the packaging used to ship products into the warehouse) piling up on a loading dock until it’s taken off to a landfill.

When we began the 16-month project to go zero-waste in our largest fulfillment center in Batesville, Indiana in mid-2016, we set out a plan that required more than 25 capital improvement projects. Everyone one of these represented extra work for our Batesville Thrivers on top of the day-to-day to run the building. Again, we moved forward because it was the right thing to do, but we hardly expected it to be popular.

We couldn’t have been more wrong. The “Journey to Zero,” as it became known, ended up being a rallying call for the entire building — and later, the entire company — because it was a challenge whose impact people could see every day. Since launch, we’ve offset more than 7,000 tons of carbon — 1,300 tons in energy usage; and prevented more than 600 tons of paper, plastic, food and other waste from being dumped into landfills.

The momentum from the initiative, in turn, has extended to work being done in other areas, as well. To this day, being the first e-commerce company at scale to go zero waste is among the greatest sources of pride for all Thrivers, especially in the fulfillment centers.

The last thing we’ve learned, which is the thing that many will probably find most surprising, is that our environmental initiatives have actually been demonstrably profitable for us as a business. Sometimes, this has been because of “externalities” like those described above — engagement and word of mouth from our customers, retention and discretionary effort from our employees, etc.

But often, we’ve been able to quantify a direct financial impact, as well. When we went zero waste, for example, we tracked the payback period on our investments and they averaged under 18 months — an enviable ROI for any operational project. One of the things we are most excited about going forward is to “open source” these ROI-positive projects for other companies that might currently assume sustainable solutions simply aren’t financially viable.

Ultimately, it’s this zero-sum attitude that is the greatest barrier to more e-commerce companies investing in sustainability. Innovative and effective solutions are out there and they are getting better — and cheaper — at an accelerating pace. That pace would be even faster if more companies would begin thinking beyond the assumed dichotomy of business goals or environmental stewardship.

Customers, employees and even the hard financial math is already testifying to the power of swapping this or for an and. It’s time for more e-commerce companies to do the same. 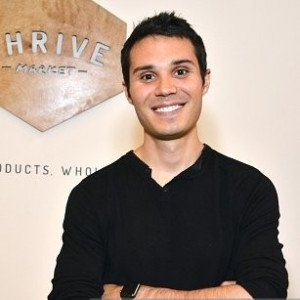 Nick Green is co-founder and CEO of Thrive Market.