The impact of microplastics on our world is daunting; but every step we take to curb the creation of more microplastics, while also reducing how much of them continue lurking in the environment, makes a difference.

Sometimes the smallest things can cause the biggest problems. Just like tiny termites can destroy a home and microscopic microbes can plunge the world into a pandemic, plastic pollution has its own minuscule monster: Microplastics.

Fortunately, there was quick agreement that the addition of microbeads is unnecessary and widely harmful — which led to the successful curbing of plastic in this form. However, the growing issue surrounding secondary microplastics — the result of degradations of larger plastic-based items, most notably synthetic fibers such as nylon, shedding small fragments through regular wear, tear and washing — remains. Tires, marine paint, fishing nets and other riverine or ocean plastic waste are other perpetrators of proliferating microplastics.

Beyond the common contributors, secondary microplastics enter the ecosystem thanks to products such as packaging’s exposure to the sun, ocean waves and other destructive elements.

It’s microplastics’ miniature nature that makes them such an insidious issue. Their path to plaguing our oceans follows a number of avenues; and even once these plastics reach their intended “destination,” they continue to break down into smaller and smaller pieces and further permeate marine ecosystems.

Microplastics are a known endocrine disruptor in humans, with the ability to impact the nervous and immune systems. While the level of microplastics present in most humans is still considered too low to trigger more significant health issues, the plastics don't often pass completely through the human (and other animal) body, yielding higher and higher concentrations of plastics in our systems over time.

Humans already unintentionally consume over 40,000 microplastic particles each year. This amount is sadly destined to increase, alongside our overall production of plastic and continue disposal of 70 percent of that plastic each year — a non-trivial percentage of which is now permeating all living systems.

What can we do about it?

For as long as humans continue to produce plastic, microplastic pollution will continue. Even if we stopped producing new plastic today, there are still an estimated five billion tons of plastic waste already in our environments — some of which will degrade, fragment and eventually add to the existing pool of microplastics. We are not stopping production of new plastic — but this, like climate change, is a cumulative problem; so the more we can reduce, reuse and recycle, the more quickly we can stabilize the unsustainable growth of microplastics in our environment.

There are a number of measures we can take to curb the creation of additional microplastics while simultaneously reducing how much of them continue lurking in the environment.

This is by far the most important thing consumers, businesses and manufacturers can do to reduce the amount of plastic being created each year. Unfortunately, we’re on pace to more than double the amount produced annually by 2050.

This first phase of mitigation requires a major commitment to simply make fewer things from plastic — especially single-use items. However, this doesn’t mean a wholesale abandonment of plastic as a manufacturing material.

Plastic’s flexibility, sanitary properties and lightweight nature are essential to the modern world; and bamboo, glass, metal, paper and other alternatives won’t completely rid us of new, virgin plastic products and parts. But just because it’s the cheapest or easiest option doesn’t mean that plastic should be the default, go-to material for every application. Brands must get more creative and innovative, and make products with less or no plastic when possible.

The future will include plenty of plastic; but that doesn’t mean we can’t drastically cut virgin plastic production and — most importantly — eliminate plastic in the waste stream, which leads us to our second step.

Reusing plastic products is usually better than tossing them into a recycling bin and hoping for the best. Even with a 100 percent capture and recycling rate, there’s still lots of energy used and CO2 produced in the recycling process and the related transportation logistics.

When manufacturers and consumers take a reuse-first approach to all the plastic in their worlds, they can cut down on how many new plastic products they’ll need. Opting for more durable, higher-quality plastic products intended to be reused is the wise move in this case.

However, this is not a one-size-fits-all solution — as single-use plastics aren’t always meant to be reused at all. For example, disposable PET water bottles can degrade after a few cycles of scrubbing and washing, increasing the amount of microplastics produced … and putting some of them directly into the bodies of the well-meaning individuals diligently reusing their Poland Springs or Dasani water bottle. Sadly, the best fate for single-use plastics is to get them immediately into the recycling stream.

The more important point is that there was no need to buy those disposable bottles at all, in many cases. Reusable water bottles are a great example of how one smart purchase can prevent many subsequent plastic buys. Investing in a more sustainable water bottle — such as Stanley’s IceFlow Flip Straw bottle, made with stainless steel and Oceanworks recycled ocean plastic — will both save countless plastic water bottles from entering the waste stream and save the consumer money over its lifetime.

Our final “R” can combat microplastics on multiple fronts. First, any plastic that can be recycled should be recycled. This reduces the amount of plastic waste ending up in landfills — or worse, the environment — and preempts their eventual degradation into microplastics.

Unfortunately, the mismanagement of plastics in the waste stream is a direct contributor to this crisis. When plastics aren’t properly collected and transported to a recycling facility, they’re far more likely to get broken down into smaller and smaller fragments — whether it’s from the sun’s rays or the ocean’s waves. Every plastic bottle, takeaway package or wrapper has the potential to turn into millions of microplastic particles.

The impact of microplastics on our world is daunting; but every step we take does make a difference. 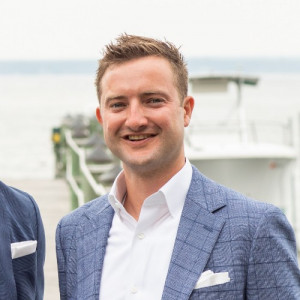