The seafood giant and the global nonprofit have expanded their ongoing partnership to not only clean hazardous fishing nets out of waterways, but to try and stop fishers — large and small — from discarding gear in harmful ways.

Bumble Bee Seafood Company is pushing forward on its efforts around restoring the health of our oceans. This week, they announced the launch of a five-year partnership with the non-profit Ocean Conservancy, focused on one of the biggest challenges facing the world’s oceans today: plastic pollution.

“As one of North America’s largest seafood companies, Bumble Bee has a huge opportunity to make a difference,” Ingrid Giskes, Director of the Global Ghost Gear Initiative (GGGI) at Ocean Conservancy, told Sustainable Brands™. “This new partnership represents a scaling up of potential impact for our ocean.”

This comes nearly three years after Bumble Bee launched its industry-leading Seafood Future platform, aimed at working towards its broad goals of protecting and nurturing the ocean and those who depend on it for their livelihoods. With a set of clear, actionable goals set around three pillars — fish, ocean and people — it’s led the company to expand its efforts around traceability, ocean regeneration, and circular packaging.

A major focus of this new partnership will be on another major ocean pollution problem, ghost gear — or abandoned, lost or discarded fishing gear — much of which is made of plastic. It’s a major contributor to the ocean plastic waste problem; The World Wildlife Fund calls ghost gear the deadliest form of marine plastic pollution because it harms marine life and is incredibly difficult to retrieve.

How can your brand change consumer behavior at scale?

Unpack the latest consumer trends; understand strategies and tactics that drive behavior change; and learn how to craft more compelling communications from leading brand marketers and practitioners at SB’s Brand-Led Culture Change 2023 event — May 22-24 in Minneapolis.

“Unfortunately, this gear can entrap and needlessly impact turtles, sharks and other sea life. As part of being an active steward in protecting the ocean, we do not take this lightly and are increasing our efforts to develop solutions to this leakage,” Leslie Hushka, Bumble Bee’s SVP of Global Corporate Social Responsibility, told SB.

One ongoing effort is to expand ghost gear cleanup efforts; but that alone is not enough. While removing ghost gear from our oceans is important, there is a need to address the source, as well — ensuring that fishers, big and small, don’t discard gear in harmful ways.

“The only way to end this problem for good is by keeping gear from being abandoned or lost in the first place,” Giskes says. “Through this partnership, Bumble Bee will examine ghost gear in their own supply chain and find ways they can implement best practices to prevent gear loss.”

This partnership builds on an existing relationship; in fact, Bumble Bee has been working with GGGI since 2018, and became the sole corporate partner of the organization’s GGGI Indonesia Ghost Gear Prevention, Retrieval and Net Recycling Program in 2020.

“Bumble Bee, through this new partnership, will be stepping up its engagement on the ghost gear problem — supporting projects from Indonesia to Canada that will remove gear, aid data collection and implement science-based interventions like gear marking,” Giskes added.

One of the initial GGGI projects for Bumble Bee is in partnership with the Ministry of Fisheries and Marine Affairs in Indonesia — the world’s largest archipelago nation and a major source of seafood that’s exported globally.

Bumble Bee and Ocean Conservancy aim to set goals related to the prevention and removal of ghost gear and other metrics to ensure that this partnership has a positive impact for the oceans. But despite the scale of both organizations, they can’t stop ghost gear from entering the oceans unless more brands and companies sourcing seafood also grow their efforts and ensure that fishers everywhere properly handle their gear.

“Our hope is that Bumble Bee’s commitment to tackling this issue not only through cleanups and gear removal, but through prevention of gear loss along their supply chain, spurs other seafood companies to do the same,” Giskes says. 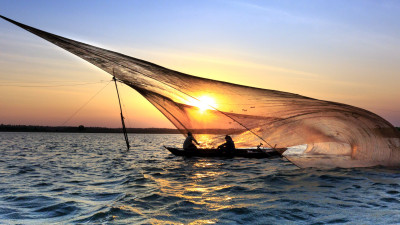 REDEFINING SUSTAINABLE SEAFOOD FOR THE FUTURE
Why, for Bumble Bee, Certification Matters for the Future of Sustainable Seafood 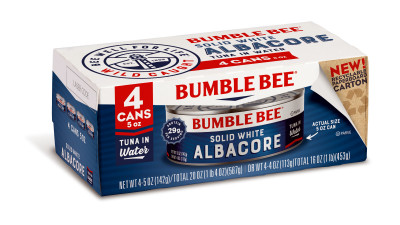 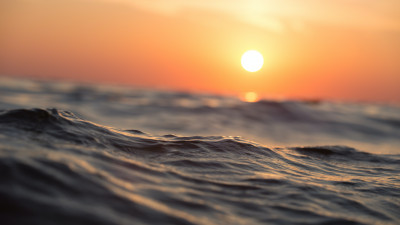