Sheila Shayon
Published 5 years ago. About a 3 minute read.

Digital currency, aka cryptocurrency, is shaking up the financial industry’s entrenched institutions, and now its potential for doing good is dawning — as it enables accountability and financial sovereignty one mobile click at a time.

Stellar, a nonprofit building a global digital platform for money transfer, is partnering with open-source text messaging network, Vumi, to empower young women in South Africa in an aptly titled program, Give a Girl a Savings Account.

Vumi has a user base of 15 million in several African countries and the pilot program in South Africa, focused on savings, offers an easy signup process that takes minutes directly from a user’s phone.

Mobile currency comes in many colors in Africa – such as Kenya’s M-Pesa, which electronically transfers legal tender to fellow account holders via mobile device, or the widely used practice of pre-paid mobile minutes as a de facto currency for cash, goods or services. So while users may not be directly saving money through Vumi, the service enables the women to buy prepaid mobile minutes, which is as good as cash in some areas in the region.

“It’s more familiar to them, because it’s something that they use in their day-to-day lives,” Stellar co-founder Joyce Kim recently told VentureBeat. “People can solve their own problems given the right tools.”

What distinguishes Vumi is its parentage, the Praekelt Foundation, a South African non-profit. CTO Simon de Haan and Kim first met virtually, when she tweeted asking if anyone wanted Stellar’s “stellars” to use in topping up pre-paid mobile phone cards.

de Haan responded yes, as he would “like to find ways of making the transfer of funds to & between people, who only have a non-data feature phone, super easy.”

“When Joyce sent out that tweet I jumped on it because it was very clear that, if it worked, the potential for the majority world (and first & foremost Africa, being our home base) would be enormous,” de Haan recently told Gigaom.

Vumi is one in a growing breed of altruistic apps such as MomConnect, a state-endorsed maternal network supported by UNICEF and the Bill & Melinda Gates Foundation. Libya used Vumi for voter registration and South Africa leveraged it during elections.

“We know that girls are familiar with the concepts around buying and transferring airtime, and felt that this would be the best avenue to introduce them to the concept of savings,” Praekelt told Gigaom. “Of course, by using stellar as the underlying currency infrastructure, we will be able to extend this product (and future applications), to work across many countries, currencies, banks and other incentives.”

In a rapidly digitizing world, new financial protocols such as Stellar have the potential to change the very fabric of the worldwide finance system. The founders of Stellar see their currency as evolving to a behind-the-scenes currency providing liquidity between currencies.

“This can reach where traditional financial services never have,” added Kim. “It’s using these protocols to have an immediate impact on people’s lives. That’s just something we need to see more of in this space. The fact that it’s in the developing world is amazing.”

It’s become a proven fact that women are key to microfinance. They are low risk, ambitious, and as they move out of poverty, they take their families with them — indeed, the tide that lifts all boats. 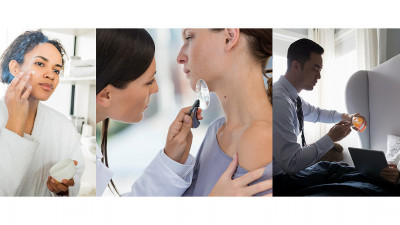