It’s becoming more common for companies to put their weight behind a range of urgent social issues. This isn’t about partisanship or “wokeness” — it’s about the core values held by many Americans and a desire among forward-thinking corporate leaders to prove they share them.

“Our private sector must stop taking cues from the Outrage-Industrial Complex,” he said. “Americans do not need or want big business to amplify disinformation or react to every manufactured controversy with frantic, left-wing signaling.”

McConnell’s statement came in response to a growing chorus of major corporations that are voicing strong support for voting rights — and against the partisan efforts to curtail them in states including Georgia and now, Michigan.

Let’s set aside the irony of Republicans telling businesses what to do after decades of crusading for unlimited corporate liberties and deregulation, no matter the costs. Instead, let’s ask why so many companies — including Delta and Coca-Cola, based in Georgia; and Ford, General Motors and Quicken Loans, based in Michigan — are protesting these new voting restrictions, and why it’s becoming more common for companies to put their weight behind a range of urgent social issues.

This isn’t about partisanship or “wokeness” — it’s about the core values held by many Americans and a desire among forward-thinking corporate leaders to prove they share them.

More and more companies have made it their business to know their customers. On the issue of voter access, two-thirds of Americans — including 58 percent of Republicans — believe too few people voting is a major problem, according to a recent survey. Another poll found that only 30 percent oppose expanding access to early and mail-in voting. And 69 percent of the country thinks voters should have access to food and water while standing in line to vote.

Businesses also base their decisions on facts. Despite GOP cries of a “big lie,” fact-checkers at the New York Times, Washington Post and other nonpartisan sources show that most of the provisions in Georgia’s new law are highly likely to disenfranchise voters — especially people of color and low-income Americans.

Many businesses have also staked their reputations on voting rights. Last year, ads from brands encouraging people to vote were almost as ubiquitous as political ads themselves. Smart executives know those efforts will fall flat if they fail to step up when voting access is under attack.

Finally, for any companies still on the edge about whether or not to face some backlash by speaking out, there’s a pretty strong moral argument, too.

More broadly, businesses are smart to speak out and take action in support of movements championing racial equity, climate action and economic fairness. The most recent Edelman Trust Barometer showed that 86 percent of US consumers expect business leaders and their companies to do just that. And revenues — now and in the future — are on the line: 84 percent of Gen Zers said they’re more likely to buy a product from a socially responsible company.

It’s not just customers who want to vote with their dollars. With companies competing intensely for top talent, they now know that nine out of 10 workers in the United States say they would choose to work for a company that shares their values over one that pays them more.

Of course, longstanding alliances between big corporations and politicians have created far greater social and environmental disasters than can be fixed with a press statement. But maybe this is the beginning of the breakup? While politics often feels disconnected from voters themselves, it’s impossible to see any successful company so consistently falling short of the values this country was founded on and the more inclusive, equitable and sustainable direction most Americans want to go.

Might this be why US consumers trust businesses far more than they trust Congress when it comes to doing the right thing? Maybe elected officials who support recent unpopular ideas such as restricting access to the polls, barring trans kids from participating in sports, and overturning the 2020 election could learn a thing or two from the corporates that fund their campaigns — since several major corporations stood up and took action against each one of these issues.

After all, money talks — and, slowly, it’s starting to give voice to issues central to human rights, the health of our planet, and democracy itself. 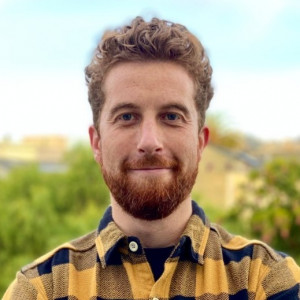 Adam Fetcher is a consultant helping leading brands engage in advocacy and activism. He formerly worked as global communications director for Patagonia and senior director of brand advocacy for Lyft. He served in the Obama administration in several senior roles, including deputy national press secretary for President Obama’s 2012 reelection campaign and press secretary for the US Department of the Interior. Adam also currently serves as a senior adviser at Purpose, a global social impact and advocacy agency based in NYC.