Walking the Talk
The Balancing Act of CSR:
Meeting Community and Stakeholder Expectations

While some proponents of CSR would like to believe that all CSR efforts can be beneficial in some way, the facts indicate otherwise. CSR is not black and white, and not all CSR proposals are created equal.

With the effects of technology on globalization and the increasing power of large corporations and business, the concept of corporate social responsibility (CSR) and its value have been subject to much debate. While some proponents of CSR would like to believe that any and all CSR efforts can inherently aid the environment and/or society in some way, the facts indicate otherwise. CSR is not black and white, and not all CSR proposals are created equal. To further understand this, it is first important to understand what CSR is.

The United Nations Industrial Development Organization states that CSR is generally understood “as being the way through which a company achieves a balance of economic, environmental and social imperatives (‘Triple-Bottom-Line approach’), while at the same time addressing the expectations of  shareholders and stakeholders.” In short, CSR efforts ensure there are positive social and environmental outcomes as a result of business operations.

While this is a virtuous mission, the expectations of shareholders often outweigh a company's need to integrate social and environmental concerns into their operations. However, focusing solely on a company’s bottom line can often have dire consequences.

CSR without due diligence

This is illustrated through the example of farmer suicides in India. In a 2017 article, Gigesh Thomas and Johan De Tavernier explore the plight of Indian cotton farmers. With reductions in investments in the rural sector, the Indian government withdrew almost all support to farmers, exposing them to global market forces.

So, the average Indian farmer started relying on new genetic modification (GM) technology that supplying corporations claimed would yield more crop than plain seed. The corporations providing this GM technology at a heavily subsidized price were not doing anything to purposefully harm the farmers — rather, they felt they were acting with a sense of corporate responsibility and addressing a gap in the market. In turn, they were also meeting the interests of their own stakeholders, making profits through vast sales of the GM tech.

While all this may seem legitimate and even commendable on the surface, a deeper analysis shows otherwise: Due to a lack of education and information, the farmers had no expertise in using these products, which were priced higher than plain seed. Thus, the yield on the little produced failed to cover their cost of production. In turn, the already impoverished farmers were exposed to serious financial harm, launching them into a vicious cycle of debt, inability to repay loans; and eventually, a premature ending of life out of guilt, shame and despair.

In the wake of liberalization, the socio-economic factors associated with cotton farming were directly associated with suicide, in the most extreme cases. As stated in the article, “farmers' needs and concerns were disregarded by successive governments and corporations.” This example shows that, without any external awareness of whether the farmers were familiar with new agricultural techniques, social responsibility initiatives radically failed. Ultimately, what the Sustainable Development Innovation Briefs claim about CSR stood true: “Ill-thought-out CSR activities on the ground also have the potential to generate or exacerbate social tensions at local level.”

All this isn’t to say that corporations shouldn’t be socially responsible. On the contrary, corporations need to be externally aware and do due diligence to ensure that their CSR initiatives are relevant. In the above example, it is clear that while some stakeholders’ expectations were met, social and environmental expectations were not. CSR that stems from a desire for financial gain — whether through altered brand image, attracting better talent or appealing to consumers — tends to fail.

On the other hand, CSR that truly focuses on adding social value is usually more successful in the long run, in terms of its impact on society, but it does not always appeal to major shareholders. Thus, middle-ground CSR — referred to as the broad-view, or syncretic, model of CSR in business literature — seems to be the way forward. It is a midway path for two diametrically opposing motivations behind CSR.

How do successful middle-ground CSR efforts look in the real world? Let’s look at some examples:

Consider the New York Times op-ed written by Marc Benioff, chairman and a co-CEO of Salesforce. In this piece, Benioff argues for support of Proposition C, a measure that “would impose a small tax — half of 1 percent — on San Francisco’s wealthiest businesses (on annual gross receipts over $50 million generated in the city)” to combat the city’s rampant homelessness problem. According to calculations, this small tax would raise $300 million a year to address homelessness. As stated by Benioff, Salesforce is a “business that supports a tax on our business — because we are a part of our community and our community is in crisis.”

Note here that Benioff has done his due diligence — his CSR initiative is based on supporting a well-researched, comprehensive plan that has been “developed by experts in the field.” Opponents of Prop C claim that its implementation will drive businesses away from the city. However, Benioff cites the homelessness crisis as the real threat to businesses in the area. After all, if employees feel unsafe going to work due to the rising occurrences of crime and disease as a result of more homeless people, businesses are more likely to pull out from the Bay Area. Thus, his CSR initiative properly balances stakeholder expectations with social and environmental concerns.

Another example of well-established CSR is the large Midwestern bank, PNC. Initially, each PNC market had a separate CSR budget. Regional managers would allocate this budget in ways they thought best, resulting in what the Harvard Business Review (HBR) called “a well-intentioned but incoherent array of initiatives.” Realizing that this sort of CSR wasn’t really benefiting anyone, CEO Jim Rohr unified PNC’s CSR under the “Grow up Great” initiative, that focuses on early childhood education. This initiative aligned with the bank’s community development-oriented identity.

As stated by HBR, “By pruning its disparate CSR programs — gradually easing out those without an early education focus, and encouraging regional managers to redirect their discretionary budgets to early education — PNC has built a well-funded initiative that correlates better with its employees’ motivations and is likely to yield significant benefits to the communities the bank serves and relies on.”

This example shows that, alongside due diligence, aligning CSR proposals to address a social or environmental problem that mirrors the company’s purpose, identity and values are of key importance. For instance, a shipping company might be better suited to focus their CSR strategy on trying to reduce transport emissions. Or a fast food chain might consider starting a local food bank program that donates excess food to people in need. In essence, it’s crucial that companies choose a cause that they are truly passionate about.

In today’s world, companies no longer operate in a corporate bubble. There’s no doubt that certain CSR models can promote change and progress while still increasing business and revenue. Using the syncretic CSR model, companies can properly balance the interests of stakeholders while ensuring positive social and environmental effects. However, with any CSR initiative, due diligence is required — without the correct monitoring and evaluation in place, CSR can end up being more detrimental than good. 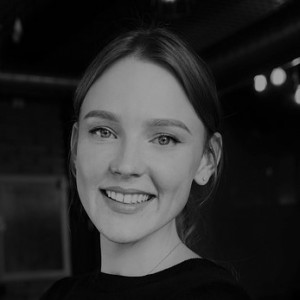 Indiana Lee is a writer and journalist from the Pacific Northwest, who has a particular interest in covering business and workplace issues, social justice and politics.