General Electric is tagged in 55 stories. Page 2 of 3. 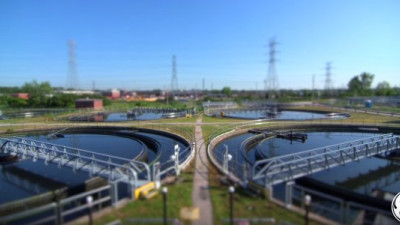 7 years ago - Water and wastewater treatment typically account for 35 percent of a municipality’s energy budget, which would mean big savings for local governments that can make the facilities energy neutral — that is, increase energy production to a level equal to or greater than the amount of energy it consumes.

7 years ago - Big brands across all industries are now assigning a carbon price to offset the costs and risks of their GHG production: Companies reporting that they price their greenhouse gas (GHG) emissions through CDP (Carbon Disclosure Project) has nearly tripled this year, now 437 from 150 in 2014.

7 years ago - Microsoft, GE and Bank of America are among the ten companies supporting a White House challenge to U.S. cities to become smarter by accelerating deployment of innovative technologies that tackle energy, water, waste and air challenges.Organized by the nonprofit, Envision America, the new effort will invite leaders from 10 winning communities to participate in a workshop in January in Charlotte, NC, where they will work with leading experts from industry and academia to diagnose needs, workshop solutions and develop new smart initiatives for their community. 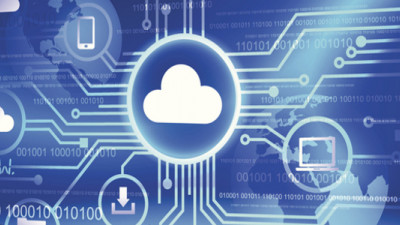 7 years ago - As a digital industrial company focused on answering the unique needs and scale of customers across aviation, energy, healthcare and transportation, GE has announced plans to enter the cloud services market with Predix Cloud. The world’s first and only cloud solution designed specifically for industrial data and analytics, this platform-as-a-service (PaaS) will capture and analyze the unique volume, velocity and variety of machine data within a highly secure, industrial-strength cloud environment.

7 years ago - Revenues from company-defined portfolios of sustainable products and services grew by 91 percent between 2010 and 2013, according to a new report by The Conference Board, a public interest research association.For S&amp;P Global 100 companies that break out revenue for sustainable products or services separately, that revenue stream grew at six times the rate of overall company results. 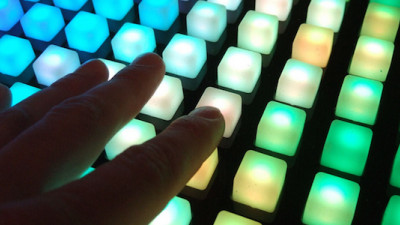 7 years ago - A majority (87 percent) of public sector sustainability professionals in the UK have begun to embrace smart technologies, but future projects are stymied by lack of finance and poor implementation strategy, according to new research by GE Lighting and the Carbon Trust.The most common areas where there has been significant smart technology adoption are building efficiency (77 percent), LED lighting (57 percent) and water and waste technologies (24 percent). The smart technologies most commonly installed include intelligent features such as sensors, which combined with internet connectivity and control systems, enhance performance and efficiency and reduce resource consumption, costs and carbon emissions.

7 years ago - Sprint, in conjunction with Brightstar Corp. and HOBI International, announced today the winner of its inaugural Smartphone Encore Challenge, a contest for Net Impact college students to find profitable and innovative ways to repurpose old smartphones or their components. 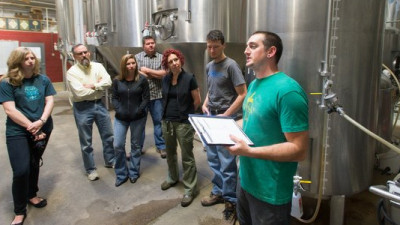 7 years ago - Waste2Watergy, a Corvallis startup formed at Oregon State University, has secured a $225,000 federal grant to advance technology that cleans organics from brewery wastewater while producing electricity. The company says the technology could revolutionize wastewater treatment for the entire food and beverage industry.Developers have created a microbial fuel cell (MFC) system that generates energy from treating wastewater. Tiny microbes were designed to consume organic material; as an added bonus, the electrochemical energy created from microbial reactions in the fuel cell produce electricity.

7 years ago - Apple, Google and Berkshire Hathaway are the world’s most highly regarded companies, according to a new ranking by Fortune magazine.Amazon, Starbucks, Disney, Southwest Airlines, American Express, General Electric (GE) and Coca-Cola rounded out the top ten. 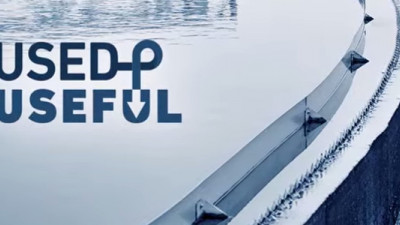 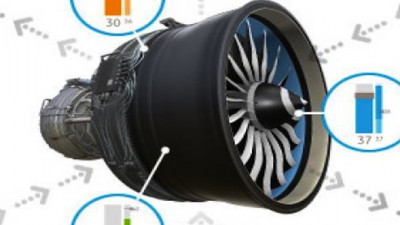 7 years ago - AT&amp;T and GE have announced a collaboration to create the next generation of smart energy solutions for the industrial Internet of Things (IoT), helping to improve the way the energy industry works.The companies say they are jointly working on proof of concepts at the AT&amp;T IoT Foundry in Plano, Texas. 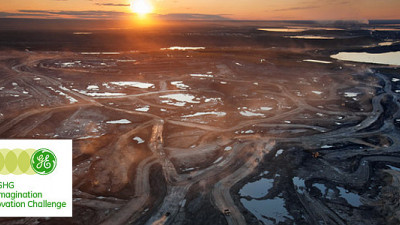 8 years ago - General Electric (GE) has announced the launch of an up to $1 million ecomagination open innovation challenge to help accelerate technology development in Canada’s oil sands.The Innovation Challenge will target two of the biggest opportunities to reduce greenhouse gas (GHG) emissions in the oil sands: new uses for waste heat and improved efficiency of steam generation. 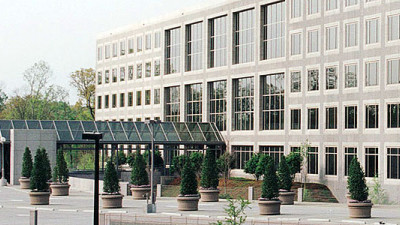 8 years ago - GE invested more than $2 billion in research and development for ecomagination and healthymagination innovations in 2013, with ecomagination offerings generating $28 billion in revenue, according to the company’s new sustainability report. 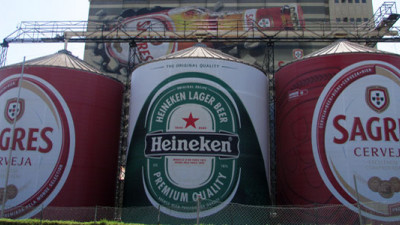 8 years ago - A brewery in Portugal has significantly reduced water usage by improving operating performance and reliability with help from GE’s advanced membranes and water chemical technology.The site, Sociedade Central de Cervejas e Bebidas (SCC), reused wastewater to its cooling towers, which enabled it to reduce its yearly water discharge by 72 million liters and cut its annual fresh water consumption by the same amount. It also increased production performance by 40 percent in the tertiary treatment. 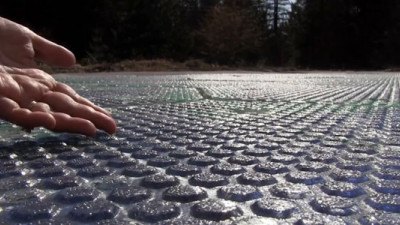 8 years ago - An Idaho couple has developed a modular paving system of solar panels that can be installed on roads, parking lots, driveways, sidewalks, bike paths, as well as playgrounds, and generate electricity to power homes and businesses connected via driveways and parking lots.Scott and Julie Brusaw, founders of Solar Roadways, envision a nationwide system that could produce more clean renewable energy than a country uses as a whole. 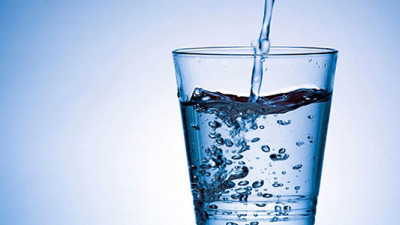 8 years ago - Last week, not long after Dow designated its FILMTEC™ ECO Reverse Osmosis (RO) Elements as its second Breakthrough to a World Challenge, the technology garnered a prestigious Edison Award.

8 years ago - In 1988, my antenna tweaked toward an emerging trend soon to be called ‘green consumerism.’ A hole in the ozone layer was discovered over Antarctica, nightly newscasts tracked the daily wanderings of the Mobro garbage barge, and air pollution clogged views of the Grand Canyon. Among the culprits: consumer products. Alternatives needed to be found for CFCs in aerosols, polystyrene clamshells and disposable diapers. To move existing alternatives off the dusty shelves of health food stores into mainstream supermarkets, marketers needed help shifting messages from ‘saving the planet’ and ‘sparing the daisies’ to the more immediate benefits of ‘saving money’ and ‘protecting health.’So I Joined the Environmental Movement

GE Renews Ecomagination Initiative, Commits $25B to CleanTech R&D by 2020 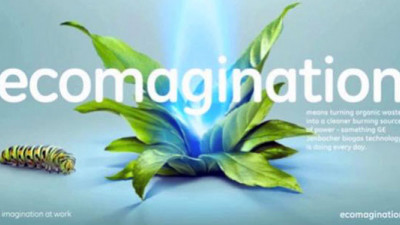 8 years ago - GE has announced the renewal of its ecomagination commitment, the company’s sustainability initiative that seeks to find technology solutions that save money and reduce environmental impact for its customers and operations.Since its 2005 launch, GE says ecomagination has generated more than $160 billion in revenue. The company’s own operations have seen a 34 percent reduction in greenhouse gas (GHG) emissions since 2004 and a 47 percent reduction in freshwater use since 2006, realizing $300 million in savings.