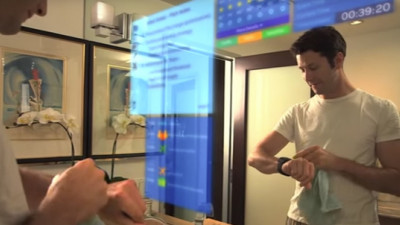 5 years ago - As the pursuit of sustainability in business becomes more mainstream, it is intersecting with burgeoning and cutting-edge technologies that are transforming the way we interact with our planet, our things, our community, and more. 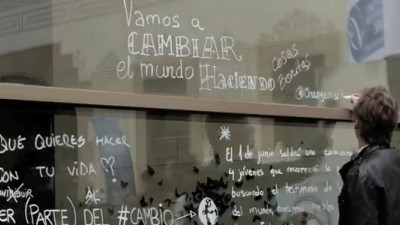 5 years ago - The second edition of Sustainable Brands Barcelona is taking place the 22nd-24th of May. Sandra Pina, director of the event and partner of the consultancy firm Quiero salvar el mundo haciendo marketing gave us a sneak peak of what is to come. 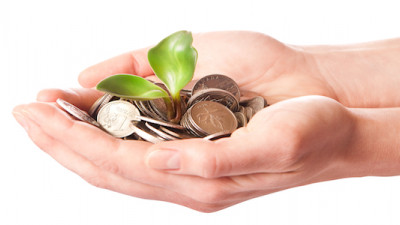 5 years ago - That investing to make a positive impact as well as a dime has evolved considerably over the past few years has turned on its head a long-standing worldview that the sole purpose of business and investing is to make money, while solving social and environmental challenges is the domain of government and charity. While some may remain skeptical that for-profit investment can be both a morally legitimate and economically effective way to address social and environmental problems, impact investing is moving swiftly from concept to convention.

5 years ago - As sustainable business enters the mainstream, there is a growing need for a skilled labor force that can meet the needs of socially and environmentally focused firms. The rate of growth for jobs with “environmental compliance” as a keyword has increased by 24 percent since 2010, while jobs focusing on “energy efficiency” have grown by 500 percent since 2009, according to data from job search engine SimplyHired.com, compiled by Coyne College. 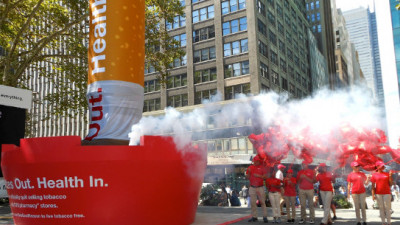 5 years ago - The bold thinking and actions taken by corporate sustainability trailblazers often challenge the status quo and alter the concept of a company’s role in society. The following companies are leaders. They have taken principled stances or have implemented innovative programs that lead to better social and environmental conditions. In some cases, a company is included here just because of some radical statement from the CEO. But, they are the kinds of statements and actions we need if we are to move past incremental improvements and achieve transformative change on our way to sustainability.

Report: EVs Will Make Up Half of Luxury Car Market by 2020 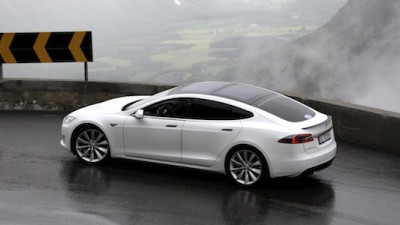 5 years ago - Luxury vehicle manufacturers today make up about 23 percent of the plug-in electric vehicle (EV) market, and this is expected to climb to about 50 percent by the early 2020s, according to a new report from Navigant Research.

5 years ago - As evidenced by the unprecedented private-sector engagement in COP21 earlier this month, businesses globally get that they need to innovate (and improve!) their products, services and business models to combat climate change, resource scarcity and unpredictable futures. Aside from the alignment of 195 nations on a climate-action agreement, what did all the talk at COP21 amount to from a business perspective? A lot of initiatives that push forward change and collaboration. But is it all smoke and mirrors, and toothless pledges, or is there real action brewing?

Want Your Brand to Survive? View Purpose as an Asset, Not a Cost 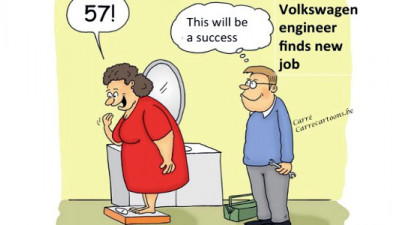 5 years ago - Recently, I was invited for a panel discussion on the future in brand communication at the renowned faculty of advertising and marketing, the ESPM, in São Paulo. I shared my view that society nowadays demands brands to positively contribute to the solution of societal issues. One of the questions raised was: “All very nice, but is it in companies not all about the financial results at the end of the month? So is the investment in purpose not the first cut a brand faces when financial results are down?” 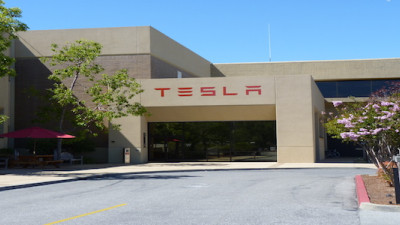 5 years ago - Tesla “Powerpack” battery systems will be used to power part of 24 office buildings in California, according to a recent announcement, as reported by Edie.Real estate firm The Irvine Company, which has properties throughout California, will install Tesla battery systems the size of five parking spaces. It is expected that these will reduce peak grid energy consumption across the company's entire portfolio by 25 percent.

Experimenting on Purpose: An Introduction 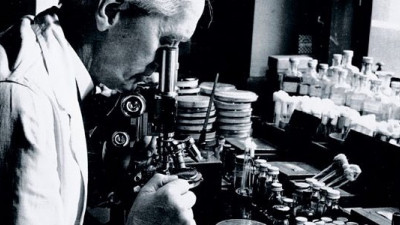 5 years ago - In 1928, a struggling scientist working to find a cure for bacteria became frustrated with his work and decided he needed a break. This was not the tidiest of scientists and instead of properly cleaning up, he simply left his dirty petri dish in the sink. Of course, when he came back days later he found what we’ve all discovered in our college kitchens, a petri dish full of mold and bacteria. But luckily for this up and coming scientist he also noticed that the bacteria in his dish were not growing where the mold had formed. His name was Alexander Fleming and he accidentally discovered penicillin. 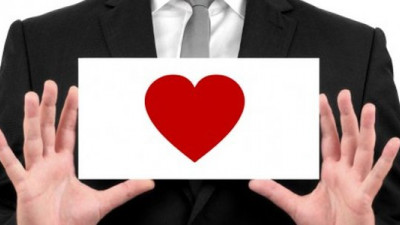 5 years ago - A new publication called Salt, motivated by the hope that businesses will play a key role in shaping a better world, has released its first Top 100 Compassionate Leaders List."We want to shine a spotlight on businesses with a heart; those pioneers who are using their corporate power not only to generate profits, but to create a better world," said Salt publisher Stephen Vasconcellos-Sharpe.

5 years ago - Tesla Motors is charging forward with a new partnership with home-sharing startup Airbnb and a record-breaking variant of its Model S, the P85D.The Tesla Model S P85D smashed the Consumer Reports’ rating system, setting a new benchmark for a perfect overall score.At the Consumer Reports test track in East Haddam, Connecticut, the car initially earned a raw 103-point score in the 100-point-based rating system. Consumer Reports made changes to its scoring methodology to account for the car’s exceptionally strong performance, and awarded the Tesla Model S P85D a final score of 100 points. 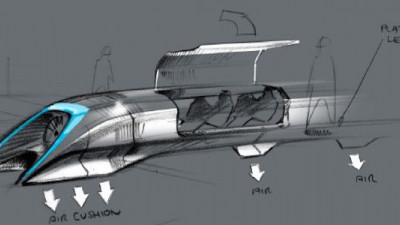 5 years ago - Two years ago, billionaire CEO of Tesla Motors and SpaceX visionary Elon Musk made headlines when he released designs for the ‘Hyperloop’ Transport System, which would be capable of rapidly transporting people from Los Angeles to San Francisco via a tube in under 30 minutes.The proposed system would use pods about two meters, or around 6.6 feet, in diameter. Musk described the Hyperloop as a “cross between a Concorde and a railgun and an air hockey table," instilling images of people-packed pods being blasted pneumatically through vacuum tubes. 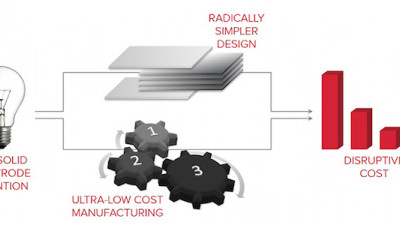 5 years ago - Battery storage has long been one of the last remaining significant barriers to the widespread adoption of solar energy — and a nimbler, more resilient energy grid. But a number of players are quickly emerging with solutions.In May, Tesla Energy dominated headlines when it unveiled a new home battery called the “Powerwall,” which can store solar energy and allow customers to cache grid electricity from non-peak periods to use during peak times. For business and utilities, there is a larger version available called the “Powerpack.”

6 years ago - I like singing, dancing and snapping like everyone else when it comes to ‘Single Ladies.’ And I totally agree - if you liked it, then you should have put a ring on it. But it still doesn't mean I like Beyoncé.Why don't I like Beyoncé? Very simple, I have no clue who she is. I've never met her and know anything about her life. How I can I like her? What's there to like? I just don't like her. Not even a bit.Make no mistake, I don't dislike Beyoncé either. I am completely ambivalent when it comes to Beyoncé the person. Beyoncé the person is a complete unknown to me and everyone who isn't close family or friends. How can you like or dislike something or someone you simply don't know and have no clue who or what they are? 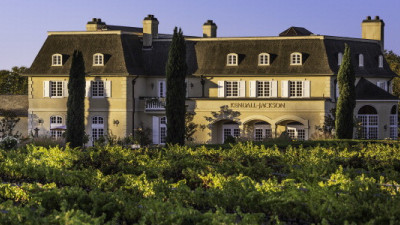 6 years ago - Sonoma County, Calif.-based Jackson Family Wines is among the first winemakers to install Tesla Energy’s new energy-storage technology and currently one of Tesla’s largest installations: An early strategic collaborator in the development of the technology, JFW already has 21 Tesla stationary storage systems in place at its Kendall-Jackson winery and others.

6 years ago - Tesla Energy, the latest from Tesla Motors visionary Elon Musk, was introduced last night onstage at the company's design studio in Hawthorne, California, just south of LA. A statement from the company describes the new development as "a suite of batteries for homes, businesses, and utilities fostering a clean energy ecosystem and helping wean the world off fossil fuels."