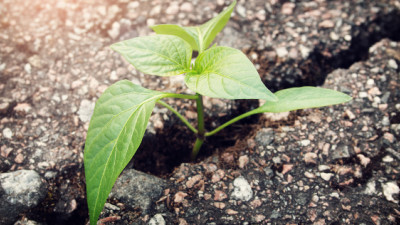 ORGANIZATIONAL CHANGE - This is the second in a series of articles examining ‘sustainable leadership’ and what it entails. Find links to the full series below. We start our search for sustainable leadership with a quote from Buckminster Fuller: “You never change things by fighting the existing reality. To change something, build a new model that makes the existing model obsolete.” This rule has applied to all successful innovations, from the bronze age that replaced the stone age, to the iron age, the industrial revolution, electricity and smartphones; these innovations succeeded because they made what existed before obsolete. 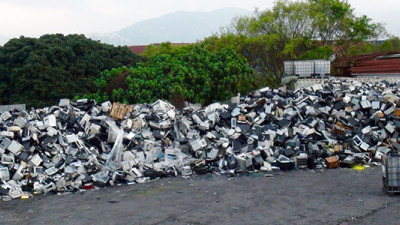 WASTE NOT - According to environmental non-profit Basel Action Network (BAN), electronics recycling may not be quite as straightforward as consumers believe. While some electronics are safely dismantled and have their components scrapped or re-used, the recycling process consists of a complex, multi-step supply chain that ends in the developing world, where e-waste is often exported for treatment and oversight is minimal. 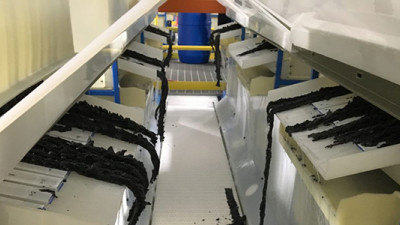 CHEMISTRY, MATERIALS & PACKAGING - Solid and e-waste generation are growing at alarming rates as income and demand for new gadgets, appliances and automobiles rise across the globe. The dangers of rampant e-waste for environmental and human health are significant, but a new partnership announced last week marks an important step towards progress. The world’s largest automotive battery manufacturer Johnson Controls has joined forces with Aqua Metals to change the way lead-acid batteries are recycled globally. 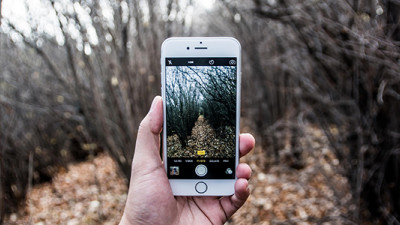 PRODUCT, SERVICE & DESIGN INNOVATION - Communications provider Three UK is attempting tackle the ever-growing e-waste problem while connecting disadvantaged citizens to the digital world with a new recycling initiative aimed at redistributing unused mobile phones across the UK. Three’s Reconnected scheme encourages the public to donate their old or unused mobile phones to people at risk, including the homeless, individuals who have left the military and victims of domestic abuse. 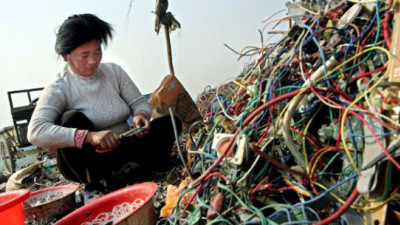 WASTE NOT - The volume of discarded electronics in East and South-East Asia jumped almost two-thirds between 2010 and 2015, and e-waste generation is growing fast in both total volume and per capita measures, according to new research by United Nations University (UNU). 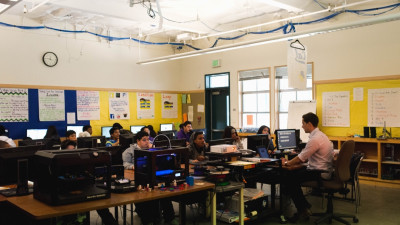 PRESS RELEASE - Teach For America announced today that it will expand its Computer Science (CS) initiative, bringing high-quality opportunities to teachers and students in the Bay Area with support from AT&T. Through its signature philanthropic initiative, AT&T Aspire, the technology company will contribute $200,000 to Teach For America–Bay Area toward providing Udacity Nanodegree credential scholarships to help students learn the skills needed for entry-level jobs in the tech industry, and also to provide quality professional development and resources for teachers reaching 2,570 students across the Bay Area.

BEHAVIOR CHANGE - As retailers and shoppers gear up for another “highly charged” Black Friday, UK anti-waste advocacy organization WRAP has provided a ‘SMART’ guide for buying electronic products. Each year the UK buys 1.4 million tonnes (or £21 billion worth) of electrical and electronic products; WRAP estimates that consumers discard a similar amount. The SMART guidelines are designed to help consumers keep calm, buy smarter, and avoid unnecessary waste of devices and their components. 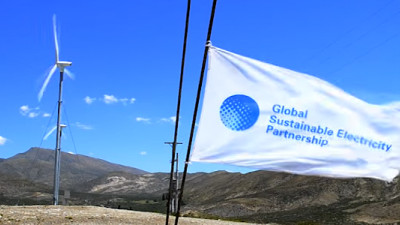 CLEANTECH - An association of global electricity companies, the Global Sustainable Electricity Partnership (GSEP), is offering their expertise to development finance institutions and other international organizations to jointly identify electricity technology investments that can help countries reduce their carbon emissions on schedule in accordance with the Paris Agreement goals. 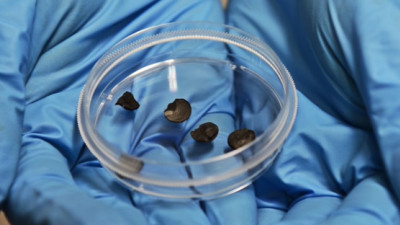 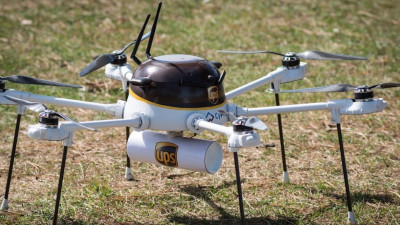 PRESS RELEASE - Delivery giant UPS and drone manufacturer CyPhy Works have started testing a CyPhy hexacopter to deliver packages to remote locations. On September 22, the companies conducted a mock delivery of urgently needed medicine from Beverly, Mass., to Children’s Island, three miles off the Massachusetts coast. UPS is not new to the drone industry; the Atlanta-based logistics concern acknowledged last year that it was testing drones to monitor stock in its warehouse facilities. That testing is being done at warehouses in Louisville, Ky., and Venlo, the Netherlands. More recently, Houston Mills, UPS Airlines' director of safety, was named to the FAA’s high-level Drone Advisory Committee, which held its first public meeting on September 16. 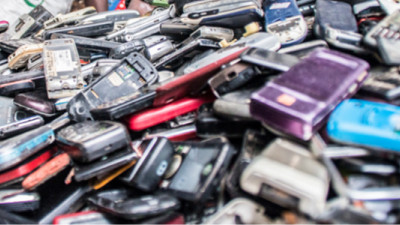 PRODUCT, SERVICE & DESIGN INNOVATION - Each year, a new wave of computers, smartphones and accessories spill onto the market with smaller components made from increasingly complex materials. Even as awareness of e-waste has grown and the circular economy has begun to spread its wings, progress is being undermined by a disposable culture in the tech industry.

The Internet of Things: Net Positive or Negative for Sustainability? 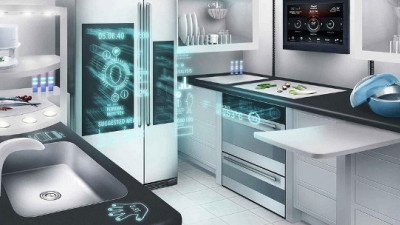 CLEANTECH - Despite the hype surrounding the Internet of Things (IoT), its promise of enabling smart connected products, new business models, and delivering better customer experiences is undeniable. Combining physical products with sensors, software, storage, and connectivity will also enable exponentially more “products as a service.” Besides providing unprecedented opportunities for transforming brands’ relationships with customers, it’s also a promising portal to a more sustainable world – reducing waste, emissions and natural capital dependencies. Implicit is the hopeful and exciting potential for improving environmental and, in some cases, social footprints of both consumer and industrial products. 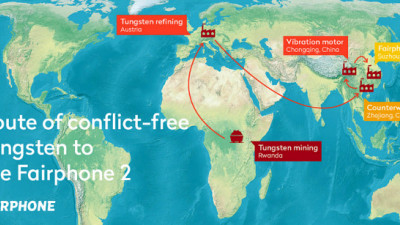 SUPPLY CHAIN - Today, Fairphone announced it is adding conflict-free tungsten from Rwanda into its supply chain. With this achievement, Fairphone has successfully managed to transparently source all four of the conflict minerals (tin, tantalum, tungsten and gold). Fairphone began in 2010 as a campaign to increase awareness for the use of conflict minerals in consumer electronics. Six years later, the social enterprise has released two smartphones and more than 100,000 Fairphone owners have joined the movement, but this cause is more relevant than ever. 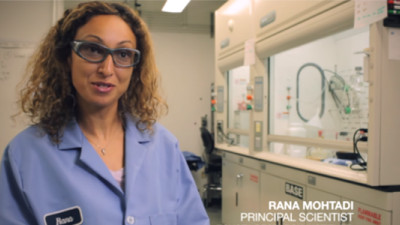 CLEANTECH - Earlier this month, engineers at the Toyota Research Institute of North America (TRINA) announced they made a breakthrough in magnesium battery technology that could lead to smaller, longer-lasting rechargeable batteries for “everything from cars to cell phones.” Magnesium metal has long been theorized as a much safer and more energy-dense alternative to current lithium battery technology, but research on magnesium-based batteries has previously been limited by a lack of suitable electrolyte.

Spinach, Carrots Are Good for You … And for Making Prosthetics, Say UK Scientists 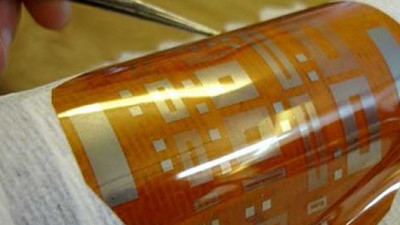 CHEMISTRY, MATERIALS & PACKAGING - Scientists in the United Kingdom are using spinach leaves and carrots to investigate selective formation of metallic nanoparticles in plastics. The researchers are working to form conductive circuits and create antimicrobial surfaces by accelerating the production of metals already embedded in treated plastic materials using chemicals from the plants. If successful, the practical applications include smart prosthetics, medical devices for hospitals, mobile phones, and other ‘smart’ surfaces.