Press Release / CVS Health (NYSE: CVS), the nation’s largest pharmacy innovation company, today (April 5, 2017) was recognized by Billion Dollar Roundtable, a top-level corporate advocacy organization that promotes supply-chain diversity excellence, for reaching its goal of spending over $1 billion with diverse suppliers. “We are incredibly proud to be recognized by Billion Dollar Roundtable for our commitment to using diverse suppliers throughout our business,” said Eva Boratto, Executive Vice President, Chief Accounting Officer for CVS Health. “By tapping into this expanding supplier pool, we are able to build supply chain excellence, add distinctive goods and services to our business offerings and enhance our brand among customers.” - 4 years ago

Press Release / In support of Alcohol Awareness Month, HEINEKEN USA (headquartered in White Plains, NY) announced April 4 various programs and initiatives that promote responsible drinking and moderate alcohol consumption. Every April since 1987, the National Council on Alcoholism and Drug Dependence, Inc. (NCADD) has sponsored Alcohol Awareness Month to increase public awareness and understanding, reduce stigma, and encourage local communities to focus on alcoholism and alcohol-related issues. Heineken® is an industry leader in this space and was the first brand to include responsibility messaging on its packaging. HEINEKEN USA is continuing this commitment with the following initiatives: - 4 years ago 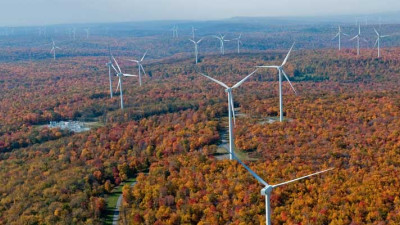 Press Release / Iron Mountain Data Centers has announced that it has signed an agreement to power its data centres using a renewable energy supply sourced from a new wind farm in Ringer Hill, Pennsylvania. The 15-year wind power purchasing agreement will see the storage and IT management company use 25 MW of the wind farm’s capacity, providing power for data centres across three U.S. states. The firm argued that the shift to wind power has helped to reduce operating costs and its impact on the environment. Iron Mountain also noted that the project is also delivering long-term utility price stability, as well as a carbon-neutral solution for its data centre customers. - 4 years ago 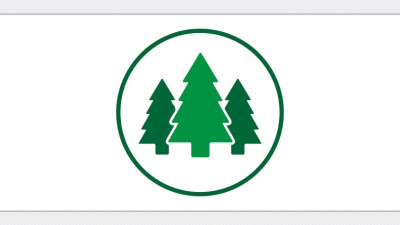 Press Release / April is here, and Earth Month is officially underway. And at Target, investing in sustainability and using natural resources responsibly is an important way we help protect the planet and support our communities. As part of that commitment, we want to do our part to keep the world’s forests healthy, which can have tremendous environmental and community impact. - 4 years ago 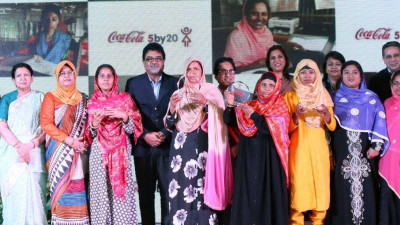 Press Release / Coca-Cola Bangladesh yesterday announced the extension of its Women Business Centre (WBC) project to the third phase in two upazilas of Jamalpur district. In the third phase of the programme, it aims reach 20,000 additional women within 2018, taking the total count of women beneficiaries to 40,000, Coca-Cola said in a statement yesterday. The main aim of the project is to contribute to the wellbeing and resilience of 40,000 women through economic empowerment, according to the statement. - 4 years ago

Danone to Invest in Sustainable Wastewater System in Spain 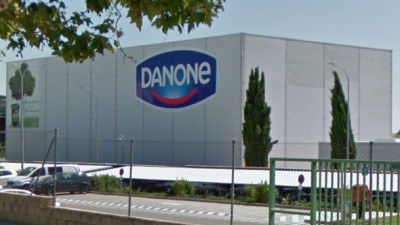 Press Release / Danone will invest €2 million during the next three years in a new wastewater system at its dairy plant in Tres Cantos, Spain. The investment will allow the facility to increase its water autonomy to 80%, and furthers Danone’s goal to become self-sufficient at the site north of Madrid. The move will make the Tres Cantos factory more economical with its water usage – currently, it uses 800 cubic metres of water every day to support capacity of 4 million yogurts and custards. - 4 years ago 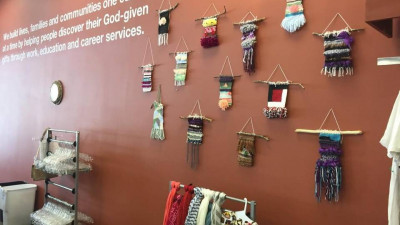 Press Release / The Goodwill store on Forsyth Road is getting a boutique makeover thanks to the art department at Wesleyan College. Under a new partnership with the college, Goodwill has created an artist gallery in the store in the Wesleyan Station shopping center. The students took donated Goodwill materials and turned them into wall hangings that are now decorating the store along with Pitts’ designs and ceramics. Each month, a new display will be featured in the shop. “The monthly featured artists in the gallery space will provide new reasons to shop at the Wesleyan Station Goodwill store,” said James Stiff, president of Goodwill Industries of Middle Georgia, who suggested the collaboration. - 4 years ago 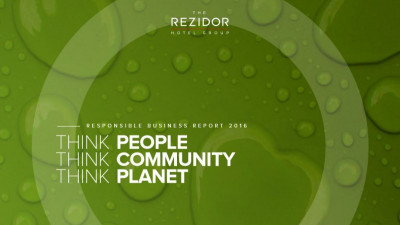 Press Release / The Rezidor Hotel Group , one of the world’s most dynamic hotels has published its Annual Report 2016. Themed “Moving Forward in Perpetual Motion,” this year’s annual report is fully digital. The Annual Report also contains the Corporate Presentation and the Responsible Business report 2016. The Responsible Business report 2016 provides a detailed overview of progress on company’s three vital pillars – Think People, Think Community and Think Planet along with a presentation of its 2020 Vision called THINK+CHANGE. - 4 years ago

Press Release / Heineken has won the Excellence Award Health & Wellbeing at the first ‘Nudging For Good’ Award Ceremony for This One Is On Us. A ‘Nudge for Good’ is how a brand, on the basis of consumer insights, makes it easy and desirable for people to change behavior or habits and adopt healthier and/or more sustainable ones. - 4 years ago 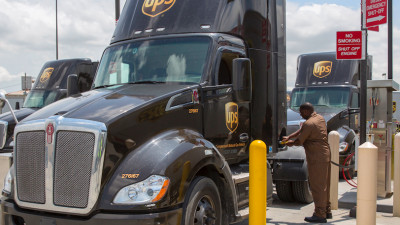 Press Release / BASF SE and Hewlett Packard Enterprise (NYSE: HPE) today announced that the companies will collaborate to develop one of the world’s largest supercomputers for industrial chemical research at BASF's Ludwigshafen headquarters this year. Based on the latest generation of HPE Apollo 6000 systems, the new supercomputer will drive the digitalization of BASF's worldwide research. - 4 years ago

Press Release / Arrowhead® Mountain Spring Water announced today that it has dramatically increased the amount of recycled plastic used in its bottle production. Thanks to the high recycling rate of California residents, and with help from its strategic partner CarbonLITE, Arrowhead now ensures that 9 out of 10 of its Arrowhead bottles made in California incorporate 50% post-consumer recycled plastic content. - 4 years ago

Press Release / The World Wildlife Fund (WWF) recently recognized IBM as an early leader in setting greenhouse gas emission reduction goals. In its new report Corporations: Unlikely Heroes in America’s Quest for Climate Action, WWF describes how companies like IBM know they can save money by becoming more efficient, securing less-expensive renewable energy, and reducing market volatility risk while lowering emissions. IBM has been taking aggressive actions against climate change since the 1990s, and our commitment remains to this day. Among these actions is our call to reduce carbon dioxide (CO2) emissions associated with our electricity and fuel consumption. - 4 years ago

Press Release / Mayor Kasim Reed announced recently that the city of Atlanta continues to lead the country with 111 million square feet of building space committed to reducing energy and water usage through the Atlanta Better Buildings Challenge. UPS is the latest partner to join the challenge and has committed to reducing energy and water usage in more than one million square feet of commercial building space. The Atlanta Better Buildings Challenge has a goal to reduce energy and water consumption by at least 20 percent in participating buildings across Atlanta by the year 2020. To date, the City of Atlanta has already achieved its 20 percent water reduction goal, and has reduced its energy consumption portfolio by 17 percent. - 4 years ago 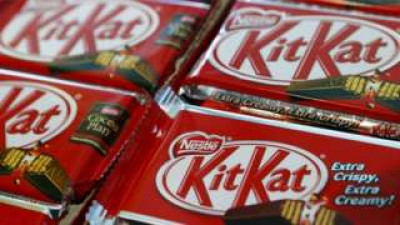 Press Release / Chocolate bars including famous brands such as Kit Kat, Yorkie and Aero will contain 10% less sugar by next year, manufacturer Nestle has announced. The sugar will be replaced with higher quantities of existing ingredients or other, non-artificial ingredients, and the amount of calories will be limited. It means about 7,500 tonnes less sugar will be used to make the confectioner's products by 2018. - 4 years ago 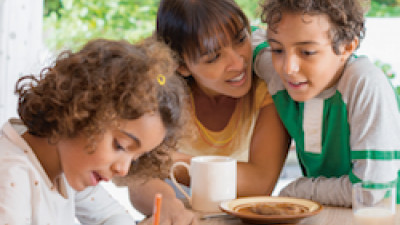 Press Release / Nestlé S.A., today released its annual Nestlé in society: Creating Shared Value and meeting our commitments report for 2016. The report demonstrates how the company purpose, ambitions and 42 specific public commitments contribute to society. Guided by its purpose of enhancing quality of life and contributing to a healthier future, Nestlé works alongside partners to create shared value, thus contributing to society while ensuring the long‑term success of the business. - 4 years ago

Press Release / Ten companies and organizations, two partnerships, and three individuals today will receive 2017 Climate Leadership Awards for their accomplishments in reducing greenhouses gas emissions and addressing climate change. The awards, now in their sixth year, are a partnership program of the U.S. Environmental Protection Agency, the Center for Climate and Energy Solutions, and The Climate Registry. The awards are being presented this evening at the 2017 Climate Leadership Conference in Chicago. This year’s awardees represent a wide array of industries including finance, consumer products, retail, aviation, and technology, plus federal and local government. - 4 years ago 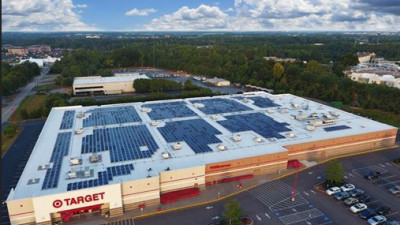 Press Release / Target Corp. is installing solar power systems on five of its stores in the Denver metro area. The Minneapolis-based company (NYSE: TGT) said today that the solar power systems will generate about one-third of the power each store consumes. Over a year, the systems on the five stores will produce a total of more than 3,800 megawatt-hours of power, enough power to supply the needs of 285 homes for a year. Work on installation of the systems is underway at the five Colorado stores, the company said. - 4 years ago

Press Release / Biotechnology leader Danimer Scientific and global food and beverage company PepsiCo, Inc. (PEP) have announced an agreement that includes development of Danimer Scientifics’ biodegradable film resins to meet the sustainable flexible packaging requirements of PepsiCo’s global food and beverage business. The agreement builds on a long-standing relationship that has included the development of bio-based compostable packaging for PepsiCo’s snack brands, and will facilitate the expansion of Danimer Scientifics’ NodaxTM PHA plant. - 4 years ago

Press Release / CVS Pharmacy is the first national retail pharmacy chain to announce the removal of partially hydrogenated oils (PHO), the primary source of artificial trans fats in processed foods, from all its exclusive store brands food products. The retailer now offers over 600 exclusive snack and grocery options which are free from artificial trans fats. This comes a year and a half ahead of the Food and Drug Administration's deadline of June 2018 for processed foods to be reformulated without artificial trans fats, underscoring the company's ongoing commitment to customers' health. - 4 years ago