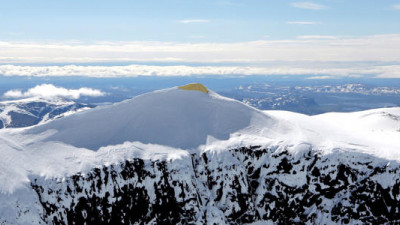 Marketing and Comms / Climate change is threatening Sweden’s highest peak. The glacier atop Mount Kebnekaise, the country’s tallest mountain, has been shrinking by an average of a meter a year for the past 15 years due to rising temperatures. As a symbolic gesture, artists Mats Bigert and Lars Bergström installed a reflective blanket to keep the mountain top's snow a little colder and prevent it from melting. - 5 years ago 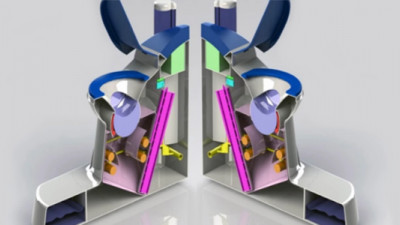 Product, Service & Design Innovation / There are still 2.4 billion people without access to toilets, risking their health and safety on a daily basis. Costs, culture, and a lack of awareness of the dangers of unsanitary practices pose substantial challenges and have resulted in an ongoing search for a sustainable and affordable “next-generation” toilet. - 5 years ago 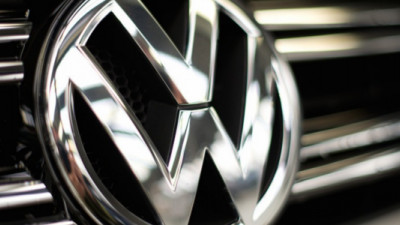 Marketing and Comms / On Friday, Volkswagen (VW) postponed the publication of its 2015 results and delayed its annual shareholders' meeting “due to remaining open questions and the resulting valuation calculations relating to the diesel emissions issue.” Despite the uncertainty about the financial fallout of the scandal, the head of its claims fund said that the company will offer “generous compensation packages” to the roughly 600,000 U.S. - 5 years ago

What Are We Really Eating? DNA Testing Enhances Transparency for Consumers, Supply Chains 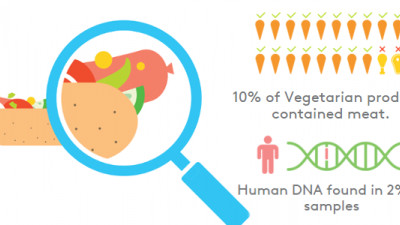 Organizational Change / As the demand for transparency and emphasis on consumer choice continue to grow, so do the challenges of supply chain management. Brands are increasingly expected to work with their suppliers to reduce their environmental impact, eliminate labor abuses, and replace certain ingredients. Ensuring product quality and label accuracy remains an issue, especially for brands with international suppliers or extensive supply chains. - 5 years ago 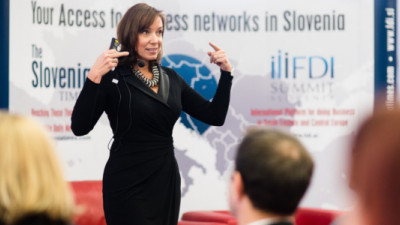 The Next Economy / The prospects of linear models in Europe are slowly diminishing. European experts have concluded that the current cradle-to-grave way of life – exploiting resources, processing them, using them, and discarding them – has no future. - 5 years ago 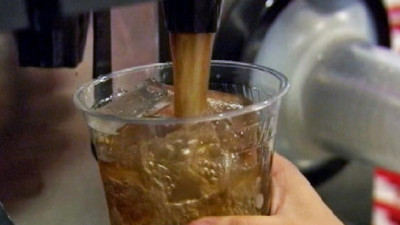 Product, Service & Design Innovation / Could the health and environmental benefits of taxes on sugary drinks and carbon-intensive foods outweigh the out-of-pocket costs? New research from Oxford University and the University of Reading suggests that is indeed the case. A study published in BMC Public Health found that a combination of a sugar tax on soft drinks and a food-based carbon tax in the United Kingdom could raise £3.6 billion in revenue, reduce carbon emissions by 19 million tonnes, and increase life expectancy. - 5 years ago 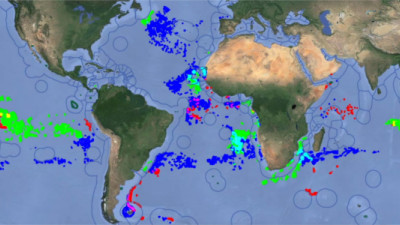 Cleantech / Aerial imaging is emerging as an invaluable resource for collecting information and enforcing the law, especially when it comes to environmental protection. Satellite and drone technologies are getting increasingly smaller, cheaper, and easier to use, and are producing higher-resolution images. Among other opportunities, the tech has enabled organizations and startups to more accurately monitor environmental destruction and provide data as legal evidence. - 5 years ago 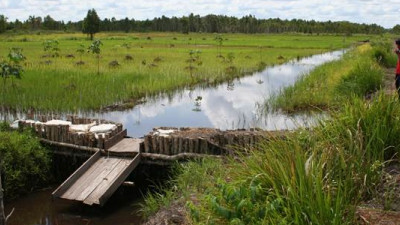 Product, Service & Design Innovation / On Thursday, Asia Pulp and Paper (APP) released a progress report on its Forest Conservation Policy (FCP), which involves four main corporate commitments that have regulated the company’s resource development since 2013. APP claims to have accelerated progress in its peatland restoration work and strengthened fire prevention measures, in addition to promises to provide funding for additional conservation projects this year. - 5 years ago 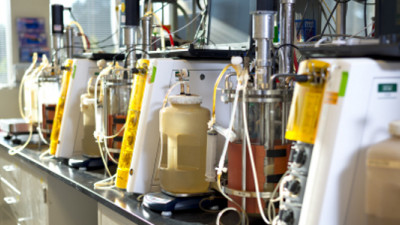 Cleantech / Global fuels giant ExxonMobil seems to be unmoved by the investigations into its climate change lies – first in New York and now in California – and the international Paris Agreement that calls for limiting global temperature rise below 2°C above pre-industrial levels. - 5 years ago 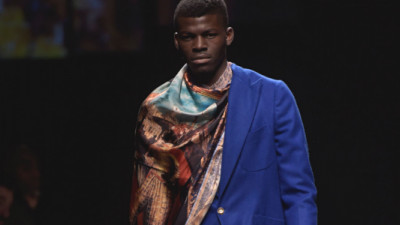 Leadership / More than a million migrants and refugees crossed into Europe in 2015, and over 50,000 more arrived by boat in January 2016. While most asylum seekers are trying to escape the war in Syria, tens of thousands are also fleeing Afghanistan, Kosovo, Iraq, Albania, Pakistan, Eritrea, Nigeria, Serbia, and Ukraine. Once they arrive in Europe, they face numerous barriers to employment – not the least of which are the influx of people, tough economic times, and employers’ perception of refugees. - 5 years ago 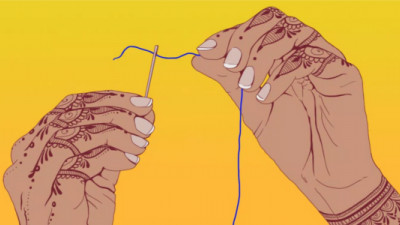 Supply Chain / Labor conditions in the apparel industry are an ongoing struggle even for brands with substantial purchasing power. - 5 years ago 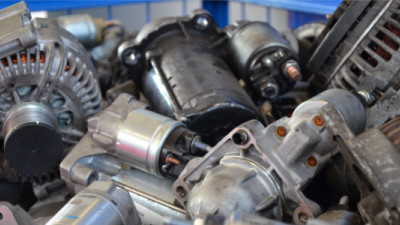 The Next Economy / Following the adoption of the European Commission’s Circular Economy Package and the announcement of a €24B fund to support circular economy projects and businesses, several organizations have released research reports and tools to aid the transition. - 5 years ago 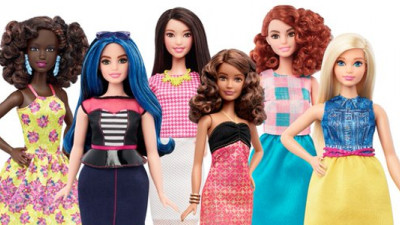 Product, Service & Design Innovation / “It’s kind of cool to have people look different,” a young girl says, with two dolls in her hands. One is blonde and blue-eyed, the other has darker tones – and both are Barbie.In a bold move from Mattel, Barbie will now be available in 7 different skin tones and 22 eye colors. The most startling change, though, is that she will also have 4 body types: original, petite, tall, and curvy. - 5 years ago

Chemistry, Materials & Packaging / In October, water testing found toxic levels of lead in the water at Flint, Mich. schools. The state of Michigan, community groups, various charities, and even Mark Walhberg and Sean “Diddy” Combs have supported the city of about 100,000 residents with bottled water donations in response. - 5 years ago 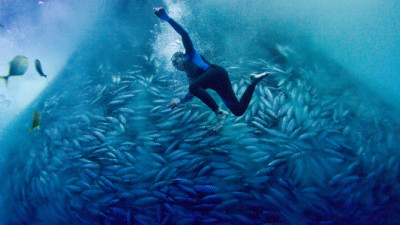 Behavior Change / For Chicken of the Sea, the new Dietary Guidelines for Americans give the right recommendation: People should eat more seafood, and it should replace of other protein foods for two meals per week. In response, the company launched the “Sea the Possibilities Challenge,” a behavior change campaign that encourages consumers to lead “happier, healthier, and more adventurous” lives, in part by increasing their seafood consumption. - 5 years ago 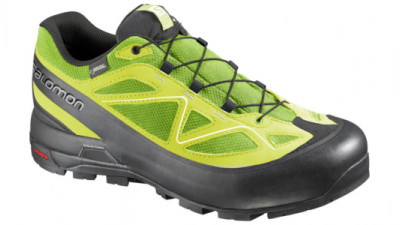 Chemistry, Materials & Packaging / The winners of the 2016 European Plastics Innovation Awards were announced on Wednesday, and included several products that boast superior environmental performance. The expert jury, made up of both academics and industry professionals, evaluated 37 submissions and selected 7 winners and 5 runners-up. Biobased and lightweight materials were in the spotlight. - 5 years ago 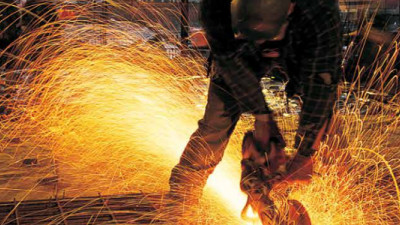 Supply Chain / The largest ever study of climate data from suppliers and their corporate customers, the CDP’s Global Supply Chain Report 2016, found that less than half of suppliers have set a target to reduce their emissions and only one third have lowered their greenhouse gas (GHG) emissions in the past reporting year. What’s worse though, is that half of the suppliers that were asked for information failed to respond at all. - 5 years ago 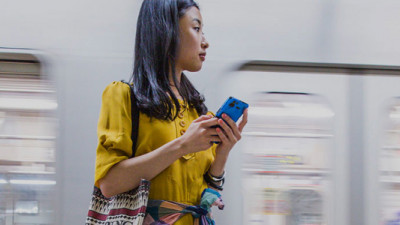 Product, Service & Design Innovation / Amidst increasing risks and heightened uncertainty, diverse perspectives are essential to solving the complex problems facing the world today. That is the thinking behind Hewlett Packard Enterprise (HPE)’s Living Progress Challenge, which is asking people from all over the world: What software applications and digital services would you create to improve people’s lives? - 5 years ago 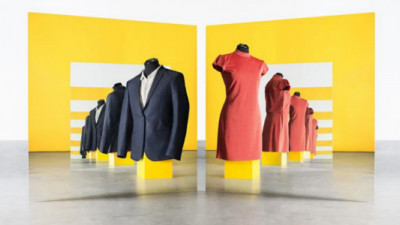 Product, Service & Design Innovation / Circular and sharing economy models are the latest trend in sustainable fashion – it seems there are new initiatives popping up all the time! Just last week, we covered startups reKindness and Hubbub, which are making clothes swapping easier in the U.S. and U.K., respectively. - 5 years ago 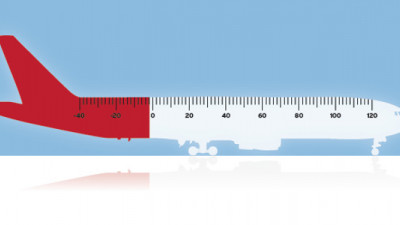