Published 3 years ago. About a 4 minute read.
Image: wendybkoon (via Pixabay)

New research finds rather compelling business case for restaurants to reduce the amount of food they throw away.

New research released Thursday on behalf of Champions 12.3 finds there is a compelling business case for restaurants to reduce the amount of food they throw away: For every $1 invested in programs to reduce kitchen food waste, restaurants on average saved $7 in operating costs.

In a first-of-its kind analysis for the industry, The Business Case for Reducing Food Loss and Waste: Restaurants evaluated financial cost and benefit data for 114 restaurants across 12 countries, finding that nearly every site realized a positive return on its investment to reduce food waste. Within just one year, the restaurants — ranging in size from small restaurants with annual food sales of $400,000, to multimillion-dollar restaurants with sales of $17.3 million — had reduced food waste from their kitchens by an average 26 percent, and over 75 percent had recouped their investment.

The restaurants surveyed took measures including: measuring and monitoring the amount of food wasted, training staff on new food handling and storage procedures, and redesigning menus. Every site was able to keep its total investment below $20,000, showing that the cost of change was low and the benefits were high for all businesses assessed.

“The only way we can halve food waste by 2030 is if restaurants and other businesses along the supply chain step up their action. Every part of the food industry has a responsibility to reduce food waste,” said Dave Lewis, Group Chief Executive of Tesco and Chair of Champions 12.3. “These findings make it crystal clear that reducing food waste isn’t just the right thing to do, it’s also the smart business move.”

For example, IKEA restaurants serve 680 million people each year. In conjunction with the Champions 12.3 findings, IKEA announced that it has prevented more than 1.4 million kilos of food from being wasted since 2016, when the company started an initiative to halve food waste across its 400+ restaurants worldwide — that is equivalent to saving more than 3 million meals’ worth of food.

“These figures confirm what we have seen at IKEA: Reducing food waste goes hand in hand with reducing costs,” said Michael La Cour, Managing Director at IKEA Food Services AB. “We view fighting food waste not only as an opportunity to create a better world, but also a great business opportunity. We’ve been able to significantly reduce food waste in our restaurants by setting short-term, actionable goals. It’s a strategy everyone can do, and if more food businesses take on the challenge, they can see similar results.”

Globally, one-third of all food produced is never eaten, which has tremendous economic, social and environmental consequences. Food loss and waste is responsible for $940 billion in economic losses and 8 percent of global greenhouse gas emissions annually. At the same time, some 800 million people do not have enough food to eat. The recent report, Creating a Sustainable Food Future — produced by World Resources Institute (WRI) in partnership with the World Bank, UN Environment, UN Development Programme, CIRAD and INRA — identified reducing food waste globally by 50 percent as a critical to meeting the Paris Climate Agreement while feeding 10 billion people by 2050.

“That we’re releasing these findings on Valentine’s Day is more than a sweet coincidence. This holiday is one of the busiest days of the year for restaurants, so what better time to talk about an issue every kitchen deals with — wasting money on food that doesn’t make it to the plate,” said Liz Goodwin, Senior Fellow and Director, Food Loss and Waste at WRI. “Chefs and kitchen managers put a lot of care into the food they serve. If they give just as much attention to ensuring none of it goes needlessly to waste, they also can put money in their pockets. What’s not to love about that?”

The report — a follow-up to The Business Case for Reducing Food Loss and Waste (published March 2017), and the third in a series of papers examining the business case for specific industry sectors (analyses of the hotel and catering industries were released in 2018) — recommends restaurant owners and managers take a “target, measure, act” approach to reduce the amount of food wasted from their kitchens. It outlines five steps for restaurant managers to take, based on interviews with those who have implemented successful food-waste reduction programs:

By working together, businesses may also be able to share new best practices to make an even greater impact and put businesses on a trajectory to halve food waste in line with the UN’s Sustainable Development Goal 12.3.

“This report, which WRAP has produced with WRI, shows how businesses big and small can save money, motivate staff, and impress their customers through reducing food waste,” said Marcus Gover, Chief Executive of WRAP. “It’s a win-win for the economy and the environment.”

PRODUCT, SERVICE & DESIGN INNOVATION
SDGs Key to (Re)Building Tourism with an Eye Toward the Future 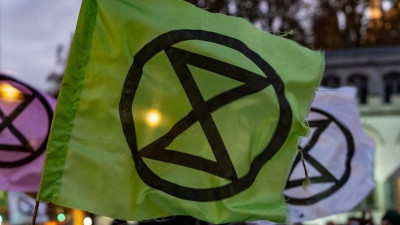