Deforestation often increases the proximity of bats and other animals to humans, bringing together species that would not otherwise live together and creating a perfect storm for the creation of new zoonotic diseases.

Zoonotic diseases — diseases spread from animals to humans — have long been a source of new human diseases, recently sparking Severe Acute Respiratory Syndrome (SARS), Middle East Respiratory Syndrome (MERS), Ebola and the current COVID-19 pandemic. Sixty percent of novel infectious diseases originate in animals and can be highly contagious and dangerous. Despite advancements in medical technology that improve disease treatment outcomes, the incidence of zoonotic emerging infectious diseases and their potential for pandemic have increased. In part, this is tied to increased contact between our growing human population and wild animals. As a result of the alarming pandemic we face today, deforestation is now a more apparent problem than ever — and forest protection solutions such as Forest Stewardship Council (FSC) are finding themselves in the spotlight.

Many scientists hypothesize that our increased and sudden proximity to previously wild areas — and the deforestation, habitat degradation, and other ecological effects that accompany our encroachment — will continue to be primarily responsible for the emergence of deadly, novel zoonotic diseases. Deforestation often brings together a high biodiversity of wildlife with humans and their domesticated livestock; in fact, deforestation often increases the biodiversity of bats and other animals near humans, bringing together species that would not otherwise live together and creating a perfect storm for the creation of new diseases. Other mammals may also be infected by or carry them, and species interaction at the edges of human population expansion represents the most likely breeding grounds for disease spillover. Thus, as indicated in the recent Vox/Netflix documentary series, "Explained"; and the now-hit 2011 movie Contagion, we will likely continue to face dangerous epidemics — primarily resulting from deforestation and related effects of population expansion.

As the certification choice for thousands of businesses and many governments worldwide, the power of certification to stem potentially dangerous deforestation is growing. FSC is already a leader and the global standard in forest certification, providing a key framework for combatting deforestation through a market incentive for environmentally appropriate, socially beneficial and economically viable management of the world’s forests. FSC Principles and Criteria focus on stable, long-term commitment to the world’s forests. By requiring owners of FSC-certified forests to make long-term commitments to the wellbeing of their forest, they ensure that forest managers plan for the economic viability of perpetual forest operations. The strength of this framework is bolstered by the Policy for Association of Organizations with FSC, which curtails association with businesses directly or indirectly involved in deforestation via illegal logging and/or destruction of high conservation values in forests (e.g., rare and threatened wildlife habitat).

It will be some time before the world can estimate the full economic cost of COVID-19, both in terms of human life and lost economic activity. However, as increased pressure on the world’s ecosystems increases, so do market incentives for economically viable conservation. Perhaps one side effect of this novel disease will be more, and improved, novel approaches to forest conservation. 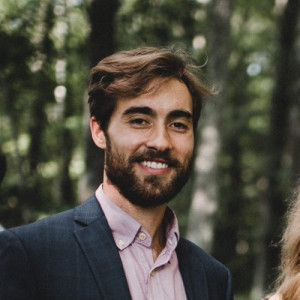 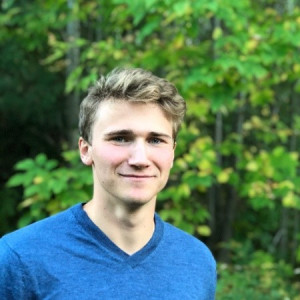 Sponsored Content / This article is sponsored by Forest Stewardship Council.