Google and environmental sensor networks firm Aclima announced this week that they have partnered to map and better understand urban air quality.

The vehicles performed a month-long system test in the Denver metro area during the DISCOVER-AQ study conducted by NASA and the U.S. Environmental Protection Agency (EPA). The cars clocked 750 hours of drive time and gathered 150 million data points, correlated with data from EPA stationary measurement sites. EPA provided scientific expertise in study design and instrument operations as part of a Cooperative Research and Development Agreement (CRADA) with Aclima.

The monitoring network is designed for air quality regulation, but does not give a detailed picture of a community or urban area such that people can get a real sense of what air pollution is in their immediate surroundings. Aclima claims its mobile sensing platform on Street View cars complements EPA’s regional air measurement network by introducing a new body of knowledge about air quality at the street level.

This Fall, Aclima and Google will expand mapping efforts to the San Francisco Bay Area and work with communities and scientists to explore applications for this new environmental tool.

Together, Google and Aclima have created a network connected across 21 Google offices around the world. The system processes 500,000,000 data points each day on indoor environmental quality, including comfort measures of temperature, humidity, noise, and light, and air pollutants like carbon dioxide and particulate matter. The information allows Google to evaluate environmental factors in their offices and, in the future, make better decisions on workplace design to support employee wellbeing, productivity and creativity.

In other air pollution news, the National Association of Manufacturers (NAM) recently launched a multimillion-dollar media campaign against the EPA’s proposal to restrict ground-level ozone pollution limits. The new ads released by NAM indicate that some U.S. national parks have more pollution than the proposed ozone restrictions, and aim to move lawmakers to discuss the ozone rule with constituents during the Congressional recess in August.

THE NEXT ECONOMY
SB’19 Paris, Day 3: Confidence, Cautionary Tales About a Tech-Driven Future

CLEANTECH
World's First Carbon-Negative Fuel to be Unveiled at COP24

WASTE NOT
Brewed Responsibly: How Smart Craft Brewers Are Cleaning Up Our Favorite Beverage 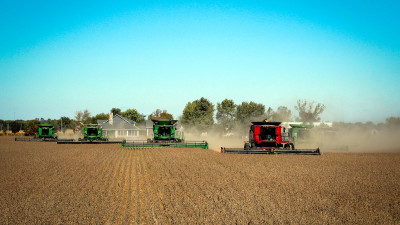