Andrew Winston
Published 6 years ago. About a 4 minute read.

If there’s any force greater than whatever propelled Donald Trump into the Presidency, it’s economics. Nobody, not even a President Trump, can stop all movement toward the clean economy. The reason is simple: It’s now cheaper to cut carbon and use renewable energy than to keep the status quo.

Don’t get me wrong. Today is a very hard day for many Americans. I know I am fearful about our democracy and threats to human rights of all kinds. I also believe some critical structural problems in our system badly need to change (like the electoral college, profit- and clicks-driven news media, and money in politics).

But part of my coping mechanism is to focus on one key area of my work and life — tackling the world’s biggest challenge, climate change, by building a clean economy. And even though I believe electing a climate denier in 2016 is lunacy, I have hope. 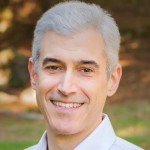 Andrew Winston
will discuss
Science-Based Goal-Setting
at
New Metrics '16.Yes, if Trump follows through on what he said he would do on energy and climate — lots of support for fossil fuels on the former, nothing or worse on the latter — it could have a devastating impact on global political progress on climate change. The U.S. may pull out of the Paris accords, leaving the rest of the world holding the bag.

But even if that happens, it won’t stop the clean economy for two big reasons. First, other countries, including China, are not going to stop their own investments in clean energy and technologies. And, second, neither will the business community. Why? The short answer is, it’s more beneficial to bottom lines, health, and economic growth to keep going on the clean economy. It’s flat out more profitable.

To understand why I’m confident about this economic reality, bear with me as I get a bit wonky. I’ve spent a lot of time diving into detailed analyses of energy economics. Clean energy skeptics will tell you that renewables are more expensive than fossil fuels. That’s not true. Let me repeat — it’s really not true anymore.

The bankers at Lazard have been building models of what it costs to build and operate different forms of energy. Their numbers-dense report shows very clearly how fast the cost of wind and solar has dropped (60-80 percent in the last 6 years). Now, compare those unsubsidized costs — yes, that means without any government incentives — to the retail price of energy around the country. The newest renewable energy projects cost less than the average industrial and commercial energy prices in at least 45 states.

Because of this economic reality, a large majority of the new energy being put on the grid is now renewable and big companies are buying gigawatts of clean energy directly to reduce their emissions, build stability and resilience into their energy supply, and save money.

In other words, renewable energy has already won.

On the geopolitical side, other countries will keep going. We’ve moved way past the “no, you go first” phase of global climate negotiations. They’re not waiting for the U.S. anymore, and thank god. Consider China: The country isn’t investing hundreds of billions of dollars in clean technology because of global accords like the Paris agreement. It’s the other way around — they came to the table to agree to global carbon cuts because they want to invest in the clean economy. Part of the reason is staring us all in the face: people can’t breathe in the cities (this is true in India, as well). They need a transition to cleaner tech for their own very tangible well-being, and to hold onto power — people could easily rebel if their kids are choking. But more importantly, again, it’s cheaper.

For those of us who believe climate change is an existential threat, this is a tough morning. But we will move forward with or without national-level leadership from the U.S. Only a few forces are strong enough to fight ignorance (like climate denial), isolationism, and fear. Those may include a measure of righteous anger, mixed with hope, forgiveness, and love.

But they definitely include economics. So follow the money and fight on.

Andrew Winston, founder of Winston Eco-Strategies, is a globally recognized expert on how companies can profit from solving the world’s biggest challenges.