Jennifer Elks
Published 9 years ago. About a 4 minute read.

The Coca-Cola Company and Ford Motor Company have teamed up to fuel more sustainable design by collaborating on a first-ever interior fabric made from the same renewable material used to produce Coke’s PlantBottle packaging.

“By using PlantBottle Technology in a plug-in hybrid, Ford and Coca-Cola are showing the broad potential to leverage renewable materials that help replace petroleum and other fossil fuels, reducing the overall environmental impact of future vehicles,” said John Viera, global director of sustainability and vehicle environmental matters at Ford.

The Ford Fusion Energi research vehicle will be on display later this month at the Los Angeles Auto Show.

The idea behind the vehicle was launched last year when research teams from Ford and Coke came together to explore innovation opportunities in more sustainable products. Both companies use polyethylene terephthalate (PET), a durable, lightweight plastic, in a variety of products including plastic bottles, fabrics and carpets. This provided a natural opportunity to bring together both recyclable and renewable technologies.

Since Coca-Cola introduced PlantBottle Technology to the market in 2009 as the first-ever recyclable PET plastic bottle made partially from plants, more than 18 billion PlantBottle packages have been distributed in 28 countries, saving more than 400,000 barrels of oil. If PlantBottle interior fabrics were migrated across the majority of U.S. Ford models, the company says it would displace nearly 4 million pounds of petroleum-derived materials, as well as save the equivalent of 295,000 gallons of gasoline and 6,000 barrels of oil.

“This collaboration with Ford demonstrates that PlantBottle Technology can be applied anywhere PET plastic is traditionally used, but with a lighter footprint,” said Scott Vitters, general manager of Coke’s PlantBottle packaging platform. “We are pleased to share this technology with Ford, and look forward to continuing to expand the application of PlantBottle Technology.”

The PlantBottle-Fusion Energi initiative is also endorsed by the World Wildlife Fund, which advises companies to look for alternatives to fossil fuels.

“The Coca-Cola Company and Ford Motor Company partnership is a great example of how collaborations can help scale up positive changes to benefit the environment,” said Erin Simon, manager of business and industry, packaging and material science at WWF. “This atypical partnership is a great model for other businesses to follow, and can have a measurable impact on critical environmental issues.”

Building upon the success of PlantBottle Technology, Ford has been able to produce the firstever fiber that can be woven into durable, automotive-grade PET fabric from PlantBottle material. Fusion Energi, a plug-in hybrid version of Ford’s global midsize car, was determined to be the perfect vehicle on which to test out the material.

Fusion Energi is Ford’s most fuel-efficient sedan. It boasts an EPA-rated total range of up to 620 miles and can drive up to 21 miles in electric-only mode — which could help save customers an estimated $6,850 in fuel costs compared with an average new car over the course of five years. It offers the latest generation of SmartGauge® with EcoGuide, designed to monitor and influence driving behavior to improve vehicle efficiency and help drivers get the most from their car.

The integration of the PlantBottle material builds on the 2014 Ford Fusion’s environmental innovations, which feature a variety of more recycled or repurposed materials throughout the car, including:

This partnership with Coke is just the latest in a string of strategic collaborations for Ford. In January, the automaker announced the MyEnergi Lifestyle collaboration with Whirlpool, SunPower, Eaton and Nest Labs, which aims to demonstrate how a typical American family can significantly reduce its electricity bills and environmental impact by integrating various home appliance technologies with a plug-in vehicle and solar power to achieve an energy-efficient lifestyle. And while Ford and Toyota parted ways in July after partnering to develop a hybrid gasoline-electric powertrain system for light-duty trucks in 2011, the two companies say they will consider working together in the future on next-generation standards for telematics and other innovations. 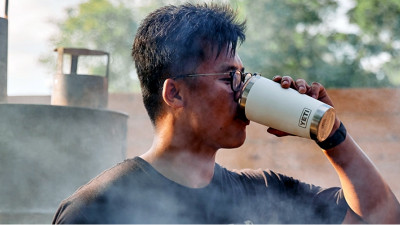 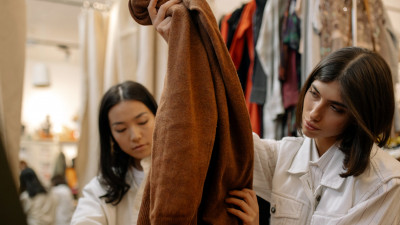