The Next Economy
The CITES Veil and Its Unintentional Kill

Doug Woodring
Published 3 years ago. About a 4 minute read.

For those who follow the workings and importance of our global ecosystem - the gatekeeping mechanism for our economy, you will know that early October marked the end of another opportunity at a Conference of the Parties (COP17) to greatly improve the future of our planet’s wellbeing - but we missed the chance, yet again.

This is not about climate change, but instead about the trade and exploitation of nature, and the way it is governed. In 1975, the Convention on International Trade in Endangered Species of Wild Fauna and Flora (CITES), was established to regulate and better manage the trade in wildlife. Note the word “trade” in the name, and absence of the word “protection.” The convention is now legally binding on a global basis, with over 180 implementing nations as signatories, attempting to restrict and regulate over 35,000 species to “sustainable levels.” Its latest COP meeting was held last month in Johannesburg, South Africa, but little emphasis was placed on how to fill the ever-widening capacity gaps it faces in playing the imperative conservation role.

At its first inception, CITES did yield improvements in reduced exploitation of wildlife. Its success in protection, however, came in the days before the existence of technologies such as night-vision glasses, specialized weapons, GPS tracking and tagging, allowing the instantaneous flow of information facilitating easy access to poaching targets, in addition to the ever-growing demand from a consuming population.

Today, the overexploitation of wildlife resources is a key threat to biodiversity conservation, yet even with the CITES protections in place, the value of illegal trade in many CITES-listed species is estimated to be worth well over $20bn annually, much of which is controlled by those who are involved with drug, weapon and human trafficking. Though well-intentioned, CITES has met its match and does not have the capacity to keep up with the vast number of species that need its support. In fact, if a species actually does finally get its support, it is often too late. Governments that have cared not to take a stance on preserving nature and their impacts on other countries because of the wildlife/fauna they trade - such as Hong Kong - have simply used CITES as the “default” laws for regulating trade, as it is the lowest-hanging fruit that causes the least pain and effort to adhere to, while still appearing to be a mature member of the international community.

The scientific and NGO communities still both support the role of CITES for wildlife protection, and rightly so, as it is the only legally binding convention we have. That does not mean it is the best, or that it is not outdated in its effectiveness. If we truly care about widespread protection, it is critical that everyone who is entrenched in the conservation portion of this process takes a step back (as opposed to those jockeying for extended trade and exploitation opportunities), with a much broader, strategic and macro view, to put some serious effort into creating CITES Version 2.0.

Yes, at the recent COP17 meeting in Johannesburg, there were some good “wins” for animals - such as the pangolin, the African Grey Parrot, nine species of rays, four shark species, and even the trade of endangered rosewood. There are thousands more that need protection, but they did not have the proper “lobbying” support to get them on the ballot. Meanwhile, increased restrictions on some of the biggest symbols of wildlife, elephants and African lions, failed to pass the horse-trading style of voting that goes on between nations, as if the species in play is being bid on like a host-city for the World Cup or the Olympics. CITES is the only convention in the world that still allows for private voting, keeping transparency at a minimum when it suits the trading nations vested in the business of the exploitation of a species.

Our planet, and all of its inhabitants, deserve better than this. We do not have the luxury of time to be stuck with an outdated CITES system that lacks transparency, is swayed by political and economic interests, and does not have the scope and scientific resources needed to protect our natural capital. Instead, a CITES Version 2.o would make transparent decisions based on scientific data, not economic politicking, by using the vast network of information, for example, that the International Union for the Conservation of Nature (IUCN) has at its disposal.

Our economy is a 100 percent subsidiary of the environment, yet we have been pulling the threads from Nature’s fabric that has functioned so well to support us, in our continued quest for economic growth, wealth and the need for land. This lack of capacity for large-scale species protection should be a call to action for anyone out there who can see the urgency of this predicament, because without significant change, the perceived veil of protection we have relied upon under CITES may create the ultimate unintentional kill.

BUSINESS CASE
Lest We Forget: We Already Have a Blueprint for Safe, Healthy, Post-COVID Future 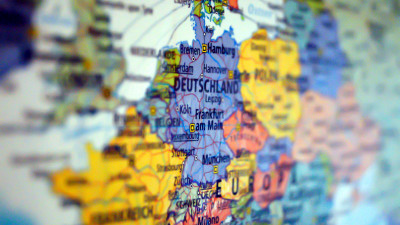 THE NEXT ECONOMY
Benyus: COVID-19 Offers ‘Utopian Glimmer’ of New World, But We Must Give Back to Nature