It is critical to understand and address the intersectional links between access to affordable housing, education, job creation and improved public health; and we look forward to continuing our work with organizations that target their dollars towards these needs within the communities they seek to serve.

It is often said that one’s true self shows during a time of crisis. In 2020, there were three major events that impacted the United States: the COVID-19 pandemic, the economic downturn and the social justice movement sparked by the murders of George Floyd, Ahmaud Arbery, Breonna Taylor and many others. The fallout from these crises has caused many corporations to seek ways to define their identity and purpose in the context of 21st-century societal values.

One way companies have been doing this is through impact investing — or using their investable funds to earn a financial return alongside a specific and measurable social return. Impact investing is a subset of socially responsible investing, but differs in that — instead of avoiding harm, it seeks to make a positive impact on society, the environment or both. These investments could be in agriculture, education, energy efficiency, healthcare, housing, community development or any other area deemed to be in need of advancement.

In 2020, a record number of institutional investors said they were turning to these types of investments, according to RBC Global Asset Management (RBC GAM)’s fifth annual Responsible Investment Survey. According to the survey, 40 percent of investors plan to allocate more money to impact-investing products in the next 1-5 years, an increase from the 28 percent who said the same a year ago. In addition, in 2020 the number of investors who report holding impact products in their portfolio increased to 31 percent, compared with 27 percent in 2019 and 26 percent in 2018.

Concurrently, an increasing number of corporations have announced plans to support their communities with impact investments. For example, six months before COVID-19 hit, San Francisco-based Airbnb announced a plan to support affordable housing and small business in California with a $25 million impact investment. Google, Microsoft and others have made similar commitments.

Over the past year, communities made up of Black, Indigenous and People of Color (BIPOC) have been disproportionately impacted by the devastating financial and health effects of COVID-19, according to the Pew Research Center. Numerous other studies show that racial inequality remains a lingering issue in the US. Here, too, corporations have stepped in to help address the issue of racial inequality, particularly in income and wealth. In October, JP Morgan Chase announced it is committing $30 billion to advance racial equity; in December, Visa and the Visa Foundation expanded their commitment to small, minority-owned businesses through the $200 million Equitable Access Initiative; and a few months later, Starbucks announced a commitment to invest $100 million to create the Starbucks Community Resilience Fund, focused on advancing racial equity and environmental resilience by supporting small business growth and community development projects in BIPOC neighborhoods.

At RBC GAM, we have noticed more clients interested in doing the same. In November, Micron Technology invested $50 million in RBC GAM’s Access Capital Community Investment strategy — with the goal of supporting Black and other underserved communities, including those in the San Francisco Bay Area, Washington DC, Northern Virginia and Maryland. Micron’s initiative aims to reduce wealth gaps in predominantly Black neighborhoods by increasing access to homeownership, affordable rental housing, community facilities and small business loans. Micron’s strategy will center on investing in US government-backed securities that aim to deliver a competitive financial return to Micron while supporting lending in historically underserved communities.

As asset managers, we have observed an increase in interest from investors looking to lift up their local communities through impact investing, and driving dollars into people- and place-based investing initiatives. It is critical to understand and address the intersectional links between access to quality affordable housing, education, job creation and improved public health, and we look forward to continuing our work with organizations that target their dollars towards these needs within the communities they seek to serve.

We hope and believe that more corporations will take into account the welfare of the many stakeholders that are impacted by their business and operations. Companies should include the welfare of employees, customers and their communities — along with the environment — in their definitions of success. More corporations investing their money to positively impact both their financial returns and these other stakeholders will be a win-win for our country’s economy. Corporations will thrive and the communities where their employees and clients live and work will prosper. 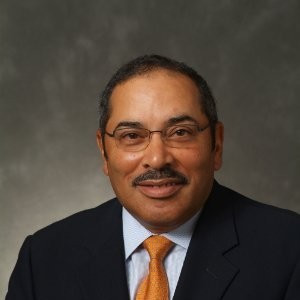