Published 2 years ago. About a 7 minute read.
Image: Kelly Lacy/Pexels

If 2020 was the year major corporations pledged to do their part to help end systemic racism and inequities, 2021 will see whether many of them walk their talk. Here is how Apple and Starbucks are attempting to make good on their commitments … 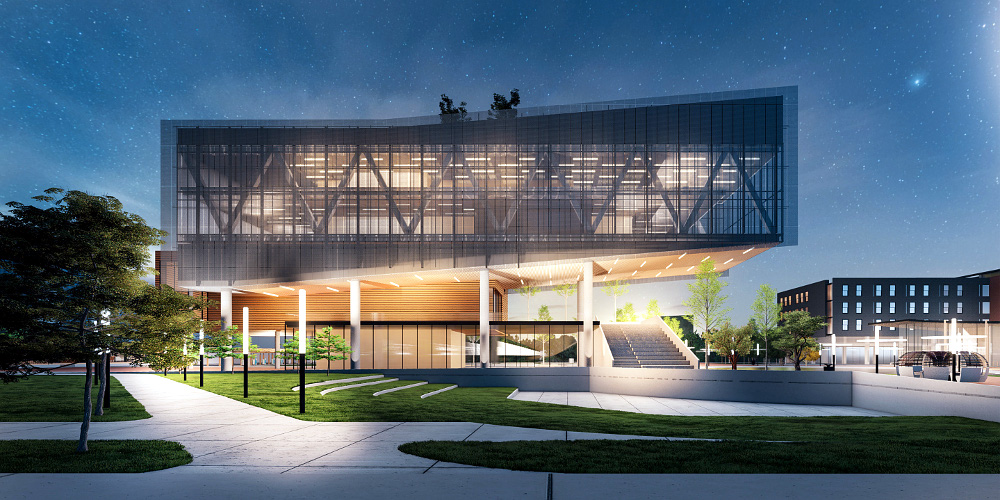 Apple is supporting the launch of the Propel Center (rendering above) — an innovation hub for the entire HBCU community that will provide curriculum, internships, and mentorship opportunities. | Image credit: Apple

Apple has announced a set of major new projects as part of its $100 million Racial Equity and Justice Initiative (REJI), which aims to expand opportunities for communities of color across the country and to help build the next generation of diverse leaders. Among these efforts are the Propel Center — a first-of-its-kind global innovation and learning hub for Historically Black Colleges and Universities (HBCUs); an Apple Developer Academy to support coding and tech education for students in Detroit; and venture capital funding for entrepreneurs of color.

“We are all accountable to the urgent work of building a more just, more equitable world — and these new projects send a clear signal of Apple’s enduring commitment. We’re launching REJI’s latest initiatives with partners across a broad range of industries and backgrounds — from students to teachers, developers to entrepreneurs, and community organizers to justice advocates — working together to empower communities that have borne the brunt of racism and discrimination for far too long. We are honored to help bring this vision to bear, and to match our words and actions to the values of equity and inclusion we have always prized at Apple.”

Apple’s first US developer academy to open in downtown Detroit

Later this year, Apple will open an Apple Developer Academy in Detroit — the first of its kind in the US. Detroit has a vibrant Black entrepreneur and developer community — with over 50,000 Black-owned businesses, according to US Census data. The academy is designed to empower young Black entrepreneurs, creators and coders — helping them cultivate the skills necessary for jobs in the rapidly growing iOS app economy. Launched in collaboration with Michigan State University, the Academy will be open to all learners across Detroit, regardless of their academic background or whether they have any previous coding experience; Apple expects the programming to reach close to 1,000 students each year with a curriculum that covers coding, design, marketing and professional skills.

And next month, Apple will host the inaugural cohort of its Entrepreneur Camp for Black Founders and Developers (ECBFD) for a virtual experience — offering one-on-one, code-level guidance from Apple experts and engineers, as well as mentorship and insights from top Apple leaders.

To address systemic barriers to access and funding faced by Black and Brown entrepreneurs, Apple also announced two new investments in the venture capital and banking spaces — both designed to provide capital to minority-owned businesses:

Apple also continues to contribute toward community colleges, nonprofits and local organizations working to empower and expand opportunity for the next generation.

Apple is making a contribution to The King Center — a living memorial to the legacy of Dr. Martin Luther King Jr. to share his teachings and inspire new generations to carry forward his unfinished work. This week, Dr. King’s daughter and the CEO of The King Center, Dr. Bernice A. King, will issue a call to action encouraging young people to give back to their communities as part of Apple’s “Challenge for Change” series — a set of conversation guides and learning-based challenges on issues related to race and inequality.

Meanwhile, Starbucks has also launched new initiatives, aimed at using its scale and platform to positively impact the communities it serves. First, the coffee giant will invest $100 million to launch the Starbucks Community Resilience Fund — focused on supporting small businesses and community development projects in Black, Indigenous and People of Color (BIPOC) neighborhoods.

President and CEO Kevin Johnson said of the announcement:

“Starbucks has always been a company focused on caring for our partners, creating experiences for our customers and playing a positive role in our communities and throughout society. We are excited to make this investment as it aligns with our Mission and Values and supports our aspiration to advance equity and opportunity in the communities we serve.”

In partnership with community leaders, community development finance institutions (CDFIs) and other impact-focused financial institutions, the Fund will help provide access to capital intended to support small businesses and neighborhood projects — including those addressing the inequitable impacts of climate change.

As part of the initiative, Starbucks will work with partners including the Opportunity Finance Network (OFN) to allocate funds to local CDFIs that will provide borrowers with access to capital, ongoing mentorship and technical assistance.

“Starbucks is investing in the survival of small business by working with CDFIs in key cities across America. CDFIs deliver affordable credit as well as training on disaster recovery and rebuilding — and that is exactly what small businesses need right now to withstand ongoing economic and climate changes,” said OFN President and CEO, Lisa Mensah. “With partners like Starbucks and CDFIs, these small businesses will have a fighting chance to recover, rebuild, hire workers and serve their local economy.”

As part of Starbucks long-standing heritage of honoring Dr. Martin Luther King’s legacy of service, the company also announced a collaboration with National Museum of African American History and Culture to share the museum’s digital educational resources and opportunities through Starbucks digital platforms.

As part of the collaboration, Starbucks will invite partners and customers to participate in the Freedmen’s Bureau Transcription Project. Through the project, volunteers can help digitally transcribe handwritten records containing information from newly emancipated Black people during the Reconstruction period. The initiative helps African Americans discover their ancestors and historians better understand the years following the Civil War. These records will be used later in a museum exhibition planned for 2021 on the Reconstruction Era.